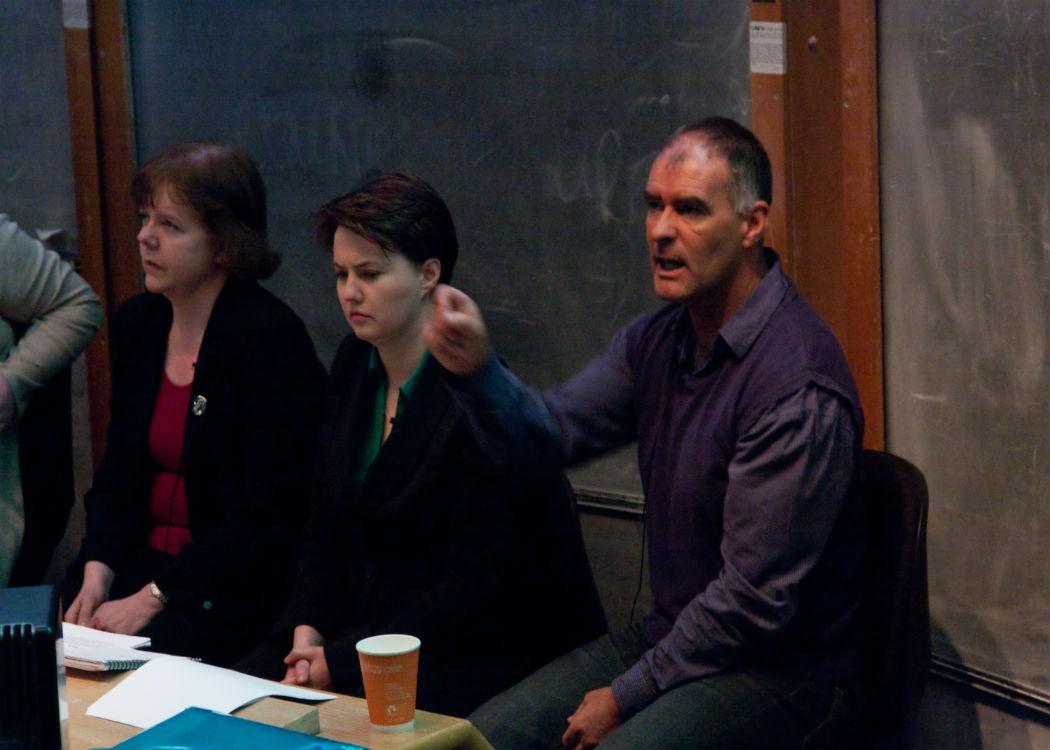 THERE was relief in the Solidarity camp today after the Electoral Commission confirmed that the party will maintain a monopoly on its name for 12 months despite the revelation that a paperwork blunder led to the party being de-registered.

The Herald newspaper reported on Saturday that Sheridan’s Solidarity party had been de-registered by the Electoral Commission due to the failure of the party’s treasurer, Gordon Morgan, to submit necessary paperwork on time, prompting much social media mockery. The mistake is expected to cost the party PS150.

Shortly after the news a screen shot appeared on Twitter apparently showing that the name Solidarity had been claimed by two men named Sean Quinn and Gordon Guthrie, for the alleged purpose of fielding candidates in Scotland.

After being informed of the blunder with the party name and registration, Morgan told the Herald : “If we’ve lapsed anyone could f***ing use it.”

When told about the fine, he added: “Oh for fuck’s sake. Oh shit.”

But after an inquiry by CommonSpace, the Electoral Commission confirmed that Solidarity party officials will maintain a monopoly on the name previously registered with the commission for a period of 12 months.

The party will be fully entitled to re-register and re-take the name at any time over those 12 months. An Electoral Commission spokesperson said that this was to prevent disputing parties from seizing names from one another.

Speaking to CommonSpace, party leader Tommy Sheridan dismissed claims that his political party had lost control of the names Solidarity and Hope Over Fear as “trumped up nonsense” and a “pile of pish”.

Asked by CommonSpace whether he believed claims made on Twitter that others had secured the name Solidarity after being de-registered, Sheridan said: “It’s a pile of pish.

“Even after the period of de-registration the Electoral Commission will only recognise existing office bearers for a period of 14 days. No one else can act on behalf of the party name in that time. So what you read on social media is just trumped up nonsense,” he said.

Speaking to CommonSpace from New York, Gordon Guthrie, the man who acted to secure the Solidarity name following the party’s de-registration, said: “Tommy is a perjurer and a convicted liar, he’s also monumentally incompetent.”

However, Guthrie also stated that his motivations were political: “This is political. Tommy Sheridan is a mili [militant tendency], he’s always been a mili,” he said.

Sheridan told CommonSpace that he had no intention of standing under the Hope over Fear mantle: “We probably won’t need to register Hope over Fear again. We were only doing that to protect the name from getting used,” he said.

Hope over Fear is the name of the speaking tour the Tommy Sheridan embarked upon during the Scottish independence referendum campaign, advocating a Yes vote.

Sheridan confirmed that the name to appear for his political outfit on ballot papers in the 2016 Scottish elections would most likely include the words Solidarity and Tommy Sheridan.

The development is the latest controversy for Sheridan , who is attempting to rebuild a political career after being convicted of perjury in 2011 amid a high profile sex scandal.