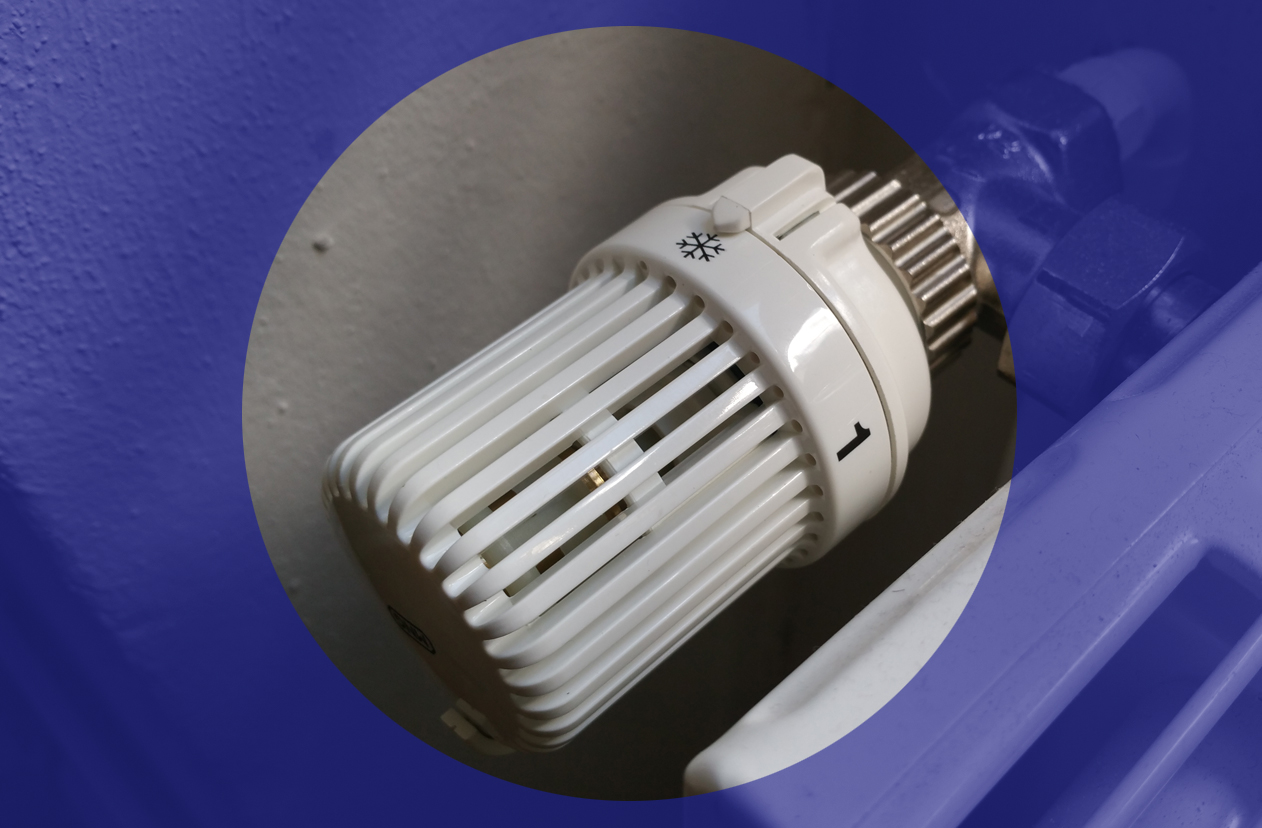 “The Covid crisis is demonstrating why, in order to bring about a greener and more equitable society, the social, economic and environmental reforms we need to be making now are wide-ranging and long-term.”

FOLLOWING the findings of a new survey by the price comparison website Comparethemarket.com, the SNP has placed renewed pressure on the UK Government to urgently support workers and families who are now facing increases in their energy bills, amounting to an average increase of 37 per cent or almost £32 per month.

The survey found that 72 per cent of those asked reported that their energy usage had increased during lockdown, and previous academic research based on analysing actual (as opposed to modelled) household energy consumption has found that households where at least one member regularly worked from home had statistically significant higher levels of energy consumption.

The assumption that living rooms are necessarily heated to different temperatures, which is known as the ‘Zone 1 / Zone 2’ assumption and has its roots in studies conducted back in the days before social changes such kids having TVs and games consoles in their bedrooms, has long been contested; and one of the changes recommended in the 2017 academic panel review of the definition and accepted by the Scottish Government in its 2019 Fuel Poverty (Target, Definition and Strategy) Act was to revise upwards the temperatures assumed to be needed by vulnerable householders in the enhanced heating regime.

Post-Covid, it would be simple to adjust the current definition for non-vulnerable households where at least one householder is working from home, furloughed, or a full-time parent or carer to apply the weekend heating regime every day of the week. However, now would also be a prime time to do away with the Zone 1 / Zone 2 assumption entirely, or at least adjust it to apply the higher temperature to those rooms most likely to now be in use as home offices – certainly bedrooms and probably also kitchens.

It may also be worth revisiting whether the 10 per cent threshold is still valid. This limit appears to have come from a subjective decision based on being double the median 5% household spend on energy in 1988, and has remained unchanged despite fluctuations since then. Again, this is not necessarily a bad thing, as it means fuel poverty is measured as an absolute form of poverty and changes in fuel poverty levels can be analysed with respect to changes in energy prices to assess levels of household resilience to price increases.

Still, if those of us who can are now working from home indefinitely then using more energy will become the norm and more people who are using more energy but saving money in other ways, e.g. through reduced travel costs, will find themselves classified as fuel poor. If so, it may be time for a re-think of where the income limit is set.

Our priority here must, as always, be to protect the most vulnerable, and Citizens Advice has already called for emergency measures to be introduced, including extending the existing Cold Weather Payment to provide support for self-isolating households in receipt of Universal Credit or legacy benefits. And whilst raising the 10 per cent limit would focus attention on those with the highest energy bills, it would risk excluding more of the vulnerable who have low incomes but also low energy costs, and who are already disadvantaged by not meeting standard criteria for receiving energy efficiency upgrades, whilst also still capturing the small number richer households, including the Queen, who are captured  by the definition.

It is for this reason that we have raised the need to overhaul how support for fuel poverty is apportioned by using dynamic, risk-based metrics to target holistic ‘folk first’ solutions at those who are most in need. And whilst we may still be a long way from achieving that level of informed and nuanced political thinking, and such changes would take an unacceptably long time to form a response to the current crisis, there is still much more that the Scottish Government could be doing now based on the evidence of what works best in practice for supporting the fuel poor and otherwise vulnerable.

One simple example of such a measure would be to increase the funding available to local authorities to provide discretionary payments to those households now facing the double whammy of lower incomes and higher energy bills.

But what about those who are lucky enough still to be in employment but who are now finding themselves working from home for the foreseeable future? One of the most likely outcomes of the Covid crisis seems to be that, for many of us, home working will become a normal part of life, and that may be one of the most positive outcomes of adapting to lockdown.

As someone who’s worked from home for most of their life I’m well aware of its benefits, including having a better work-life balance and being more productive, and I’m grateful that these are recognised by my employers at Glasgow Caledonian University. It’s not ideal for everyone as it requires a good degree of self-discipline and a suitable home environment, and even then it’s not without its disadvantages – being home alone isn’t much fun when my anxiety disorder plays up – but those are far outweighed by the benefits, especially now my partner is around to share tea-making duties. And the cat is a lot happier too. It also saves me a fortune on commuting, allows me to get up half an hour before I need to start work, and it takes a huge chunk out of the transport emissions from my carbon footprint.

Long before the virus struck the Scottish Government was already encouraging employers to offer flexible working where possible and where employees request it, and the recent decision by Aileen Campbell MSP to step down in order to spend more time with her young family led for calls for the Scottish Parliament to allow exactly the sort of remote participation that Holyrood and Westminster are now adopting. It makes sense, especially in a country facing depopulation and social deprivation in its highlands and islands, and employers are bound to face resistance from staff they may wish to draw back into offices whenever lockdown is eased sufficiently for them to do so. But those who live close to their workplaces and are now working from home may now be asking whether their employers shouldn’t stump up a share of the costs of their increased household bills? And if another outcome of this transition is that if employers seek to claw back some of their losses by reducing office space there will no longer be the counter argument that they are already paying for the energy costs of space that their employees are opting not to make use of.

HMRC’s guidance already allows employees to claim a minimal amount of tax relief, £4 per week, to cover essential costs (heating and lighting costs, additional insurance, metered water, telephone or internet access charges) without supplying additional paperwork for those staff who are required to work from home as part of the terms of their contracts, and all employers are required to provide employees with the necessary tools to do their jobs wherever they are. Yet the rapidity of the change thrust upon us by the virus and the uncertainty over how long lockdown will last means that we have seen a substantial increase in the number of employees who are now, effectively, contractually required to work from home, whilst employers will still be paying may of the costs of maintaining offices.

So whilst it would be a knee-jerk reaction to call for all employers to begin subsidising the costs of homeworking now, it would be reasonable for the Scottish Government, if it is working on the basis that this is likely to be a long-term change, to outline a plan to require employers to adapt. This could be by simply paying essential expenses or by increasing salaries, or, much better, it could be factored into the payment of a universal basic income that could eradicate extreme poverty in all its forms for good.

Going forward, another reason to revisit that income threshold for fuel poverty that goes back long before the advent of the virus is the question of how much households should be expected to contribute to tackling climate change. To be clear here, if we are to achieve a just transition to a society where eliminating fuel poverty and tackling climate change are not conflicting goals then all householders must be able to afford to purchase 100% renewable or low carbon energy. The fact that not all can, and that we do not have a clear differentiation in energy prices according to contributions from fossil fuel sources, is a failure of regulation, and a failure of the Scottish Government’s policies to develop renewable heat. As Common Weal has long argued, the best solution here would be if the people of Scotland had the option of buying their energy from a National Energy Company which would be required to generate and source all of its energy from non-fossil fuel sources and sell that energy to consumers at affordable prices.

So, whilst the immediate solution to rising household energy bills may have to be in the form of discretionary payments and the recommended measures outlined by Citizens Advice, there is now more than ever a need to consider introducing a universal basic income as a fundamental cornerstone of our efforts to eradicate poverty and fuel poverty, and to strategically plan the generation and distribution of affordable renewable heat. The Covid crisis is demonstrating why, in order to bring about a greener and more equitable society, the social, economic and environmental reforms we need to be making now are wide-ranging and long-term. Common Weal’s Our Common Home plan has already set out how we could achieve the necessary changes, and our forthcoming Rebuild plan will set out how the plan can be staged in as part of a recovery from the crisis that will lead to a fairer, happier, and greener Scotland. #EverythingMustChange. Please join us.

Dr Keith Baker is a member of Common Weal’s Energy Working Group, a Co-founder of The Energy Poverty Research initiative, a Researcher at the Built Environment Asset Management (BEAM) Centre at Glasgow Caledonian University, and has worked from home for most of his career.

Picture courtesy of I G