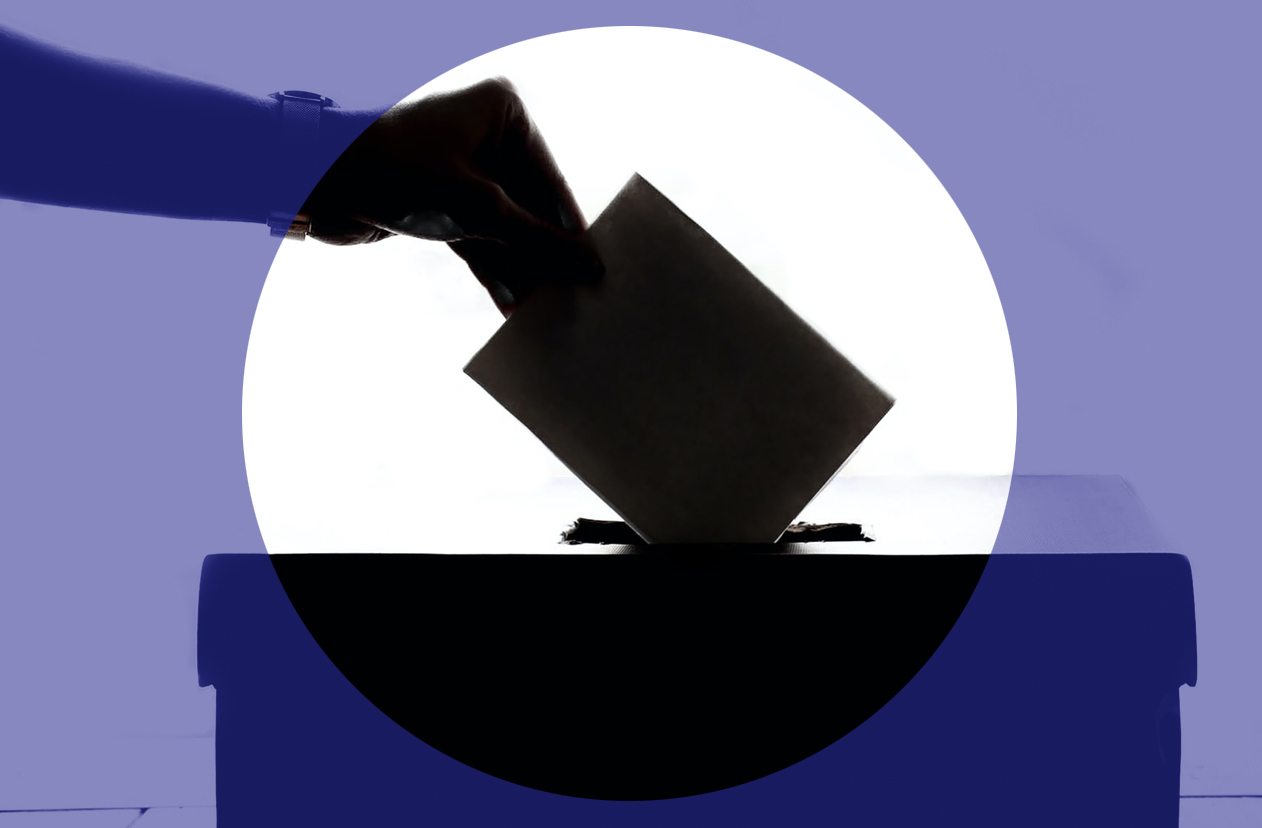 “The electoral franchise is personal and in each of us touches on complex matters of identity. Maybe we need not be surprised that in a nation still struggling with its own identity, those who do not fit into the categories of Scottish or English remain the ‘others’”

ONE of the downright outstanding achievements of the post-2014 independence movement is that despite the fact the No vote was down to non-Scots-born voters entitled to vote in Scotland, you will generally not find the xenophobic resentment you might be expecting.

Sure, there are exceptions to this rule. There are those that insist on anti-English phrases, banners, social media posts, forgetting that the over 400 thousand English residents of Scotland entitled to vote make up over seven per cent of the electorate. Or those that, when discussing matters with New Scot EU citizens, feel the need to mention that “EU citizens didn’t vote for independence in 2014” – conveniently ignoring the fact that turn-out of voting-age EU nationals (then a total of about 180 thousand) to the referendum ballots was devastatingly low, suggesting that the otherwise engaging Yes campaign really dropped the ball on turning out the vote from this part of the population.

Nonetheless, for a political phenomenon constantly getting branded as ‘nationalist’ in its most reductive form, both Scotland’s independence movement and government have done a great deal to make Scotland more rather than less inclusive since 2014.

Maybe this PR drive has been aided by the need for Scotland to represent a contrast to Westminster politics following Brexit – it is not hard to make a less racist impression in comparison to a government priding itself in creating a hostile environment exclusively for people born elsewhere, calling them ‘citizens of nowhere’ as if somehow the world ends at the shores of Dover.

Indeed, the Scottish government’s message has been consistent: New Scots (people born outside of Scotland), are a valued part of Scottish life. Following the Brexit referendum in 2016 the First Minister sent out letters to EU citizens in Scotland just to reassure them that this was still Scotland’s position, despite the despicable outcome of the vote in the rest of the UK. In the years since, through housing scandals, violent incidents involving migrants in the ‘care’ of the UK Home Office on Scottish soil, tragedies involving New Scot women and children and discrimination against even some of highest political officials in the country based on their heritage and cultural background, most of Scotland has lived up to the spirit of the phrase “We’re all Jock Tamson’s bairns”.

This, too, extends to who is allowed to cast their vote on various political occasions. 2019 saw the government run two separate bills through the Holyrood parliament: The Referendums bill, which only re-enshrines the pre-Brexit democratic rights of EU citizens to indeed be allowed to vote in Scottish referendums, and the Electoral Franchise Bill, which has essentially allowed anyone resident in Scotland to cast their vote in both local and Scottish Parliamentary elections unless they are either an asylum seeker or a prisoner with a prison term of longer than 12 months. Despite the fact that the complete absence of voting rights for prisoners in Scottish electoral law before the passing of the 2019 Franchise Bill represented a violation of human rights, the changes introduced now make it one of the most inclusive and extensive electoral franchises in the world.

It’s a cosy, brave and heartwarming story to tell about Scotland, blurred edges with crystal clear focus on Being Nice To Foreigners. There probably is a colder, more calculating underbelly here, too – one that carefully weighs interview input against MSM approval ratings, policy commitment against British backlash, concrete, assertive action on behalf of New Scots against ‘welcome and valued’ immigrants for the higher purpose of Not-Being-As-Racist-as-England-land.

But have we, as a nation, actually done any troubleshooting and reflection about non-Scots born voters since the first indyref? Have we ever wondered who the new voters are, that we added to Scotland’s democratic franchise in 2019? Do we even know if all those New Scots are aware they have the right to vote? Are we discussing the differences between Electoral Franchise and Referendums bills – which, if left unaddressed, will leave a third of the New Scots newly enabled to vote in local and Holyrood elections unable to cast their votes in an independence referendum? In short, nope.

There are other hindering factors our movement has not sufficiently considered. Both campaigners and EU citizens recall unpleasant scenes during the 2014 campaign: from activists encountering EU citizens so staunchly, unshakably unionist that even just talking to them seemed pointless, to EU citizens on their own doorsteps being told by both Yes and No campaigners that they had no right to interfere with this constitutional issue, regardless of whether they had a vote or not.

Especially the latter is a point well worth considering; shifts in the democractic franchise represent shifts in the social consciousness of our societies, and are the one area of policy where more often than not the social tipping point in favour may be close, but will only take place after it has been written into law. Social barriers also exist in our own minds and in terms of turnout, this is a major factor: Do I feel like I have the moral right (rather than just the legal right) to cast my vote in a country not of my birth?

It’s 2020, the year of inescapable truths. Despite Corona-induced quarantine, there has been one global political movement, the Black Lives Matter protests, that has not shied away from making themselves seen and heard. Glasgow SNP Councillor for Springburn & Robroyston Graham Campbell says: “I’m confident about getting youth out to vote. BAME youth in particular – especially since Black Lives Matter – are now more politically engaged than ever before. But we all should be concerned about reaching and reaching out to the older generation. The Yes movement will have to go and find them in their community groups and make the case for independence understanding what areas of life are of particular importance to those they are speaking to, be it social justice, tax and pensions or future employment.”

The issue is that Scotland is a data desert at the best of times, but when it comes to demographics we’re currently quite a way into a black hole: the census planned for 2021 has been moved to 2022, with data not likely to become available until at least a year after that. The last census data available to us is from 2011, so well before both the independence and Brexit referendums as well as the official UK exit from the EU in January of this year.

If you look at Scotland’s political polls you may be forgiven for showing surprise that Scotland’s electoral franchise is without a doubt one of the most inclusive in the world. Since the Electoral Franchise Bill was passed in November 2019, not a single poll asking the independence question has broken down the Scottish electorate beyond ‘Scottish’, ‘English’ and ‘Others’. And don’t feel comforted by the ‘others’ category, as this will span an everything but homogenous population – for example a Welshman, a Spanish pensioner, a Canadian student as well as a Gambian professor New Scot. Take the recent 55 per cent pro-indy poll: out of 1011 respondents, 81 fell into the ‘other’ other category, out of which 66 were likely to vote, with 30 for independence, 33 against and two undecided. The margin of error with such a small subsample is 11 per cent, so we can be 95 per cent sure that we know support for independence among ‘Other’ voters is probably between 35 and 57 per cent. Insightful.

According to the most recent data available, at least 750,000 residents of Scotland are New Scots and over half of New Scots were born in England. In many ways, we know a lot more about English Scots than we know about ‘Other’ New Scots, and many assumptions we would make for that part of the population will just not be true for the rest of the New Scots electorate.

In total, New Scots make-up around 13 per cent of the Scottish population, which likely also represents a large enough chunk of the electorate worth our attention. It would be deeply cynical to believe that we only enfranchised near enough every New Scot to then ignore their voices, needs and areas of interest. This section of the populace can teach us about diversity, about perspective, equality, shared values, needs and dreams. Not least of all, it offers us an opportunity to address what we have not addressed since 2014 – participating in elections is as much a right as it is a responsibility. It makes each of us a central part of the societies we live in, and it requires each of us to take an interest in the political landscape that determines our day-to-day lives.

The electoral franchise is personal and in each of us touches on complex matters of identity. Maybe we need not be surprised that in a nation still struggling with its own identity, those who do not fit into the categories of Scottish or English remain the ‘others’, out of mind as much as they are on the periphery of our vision for Scotland.

The true measure of Scotland’s inclusiveness will not be made visible by the percentage of New Scots voting for independence (if we do our jobs as campaigners – to learn, engage, listen and explain – there is no reason whatsoever why they shouldn’t), but the actual overall turnout of New Scots voters at the polls. The 2021 Scottish parliamentary election will be a litmus test – one which I suspect will show that there is a lot of work to be done on behalf of our movement.

The good news is that the work ahead consists of making new friends, deepening connections, strengthening our communities, changing perspectives, gaining new insights as well as campaigners and, hopefully, laughter.

We are a charming wee nation, full of intriguing people. Let’s get to know each other.