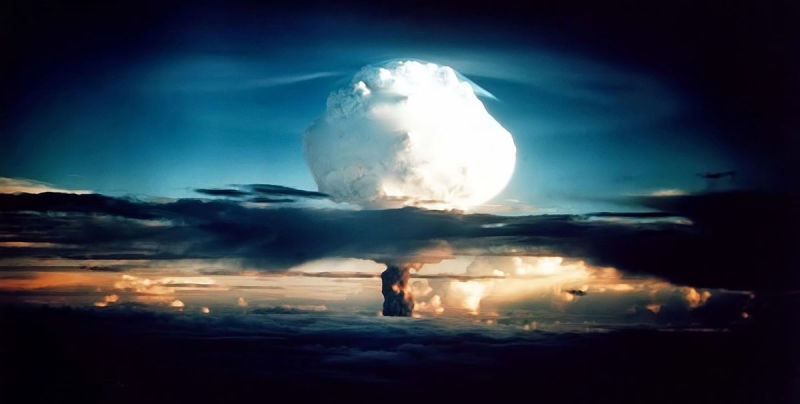 The SNP MSP Christina McKelvie has supported the survivors campaign

60 YEARS after the UK Government exploded a thermonuclear weapon on Christmas Island in the Pacific, service personnel who participated have issued a fresh call for justice asking Theresa May to finally address the health and environmental consequences of the UK nuclear weapons program.

In an open letter to the Commonwealth heads of government committee which has been meeting in London this week, the service personnel have urged the UK Government to right a historic wrong by calling  for recognition and compensation.

British troops were joined on the islands by sailors and soldiers from New Zealand and Fiji, at the time a British colony. The service personnel undertook scientific testing for the UK Government’s nuclear weapons programme  during Operation Grapple, the program to develop the British hydrogen bomb.

Survivors of the tests say they have watched throughout the decades as the people they served alongside have died prematurely from cancer, leukemia and other illnesses that can be caused by exposure to ionising radiation.

However, succesive UK Governments have argued that their “extensive” safety precautions, a claim survivors dispute as they report being supplied with inadequate or no protective equipment to shield their bodies from the deadly nuclear fallout after a 2.8 megaton thermonuclear weapon was exploded in April 1958.

A member of the Fiji Royal Naval Volunteer Reserve, Paul Ah Poy helped survey the test site, and witnessed seven nuclear tests during Operation Grapple. He said:  “As British colonial subjects in the 1950s, Fijians loyally served the UK military. But as survivors of the nuclear tests, we have lost friends and colleagues to cancer, leukemia and other illnesses that can be caused by radiation.”

“We ask the British government to provide compensation, medical support and environmental rehabilitation to all people affected by Operation Grapple, including New Zealand and Fijian military personnel and Kiribati living on Christmas (Kiritimati) Island.”

The open letter to Commonwealth leaders inluding Prime Minister Theresa May says that medical research on the survivors found “significant” chromonsonal abnormalities which could affect their children and grandchildren for generations to come.

Although they have already recieved some financial and medical support from their home countries, the survivors demand that the UK take responsibility for providing this.

The survivors have also said the UK Government and other Commonwealth nuclear powers should honour obligations under international treaties to pursure nuclear disarmament.

A long-time supporter who has previously led a debate in Parliament on the issue and campaigned in support of those impacted, the SNP MSP Christina McKelvie said it was time for Theresa May to right a historic wrong:  “It is absolutely disgraceful that survivors of UK nuclear tests in the Pacific have waited sixty years and counting for compensation.

“It is absolutely disgraceful that survivors of UK nuclear tests in the Pacific have waited sixty years and counting for compensation.” SNP MSP Christina McKelvie

McKelvie added:  “The UK Government must fulfil the promises made in the 1950s to address the health and environmental consequences of the nuclear weapons tests.

“The fact that this comes in the same week as it was revealed that Windrush migrants had been deported ‘in error’ just makes this all the more difficult to stomach – the UK government needs to start taking responsibility for its past actions.

“Veterans and survivors of the nuclear tests have had serious health issues, including cancer and leukaemia, because of radioactive fallout, with many participants reportedly going without safety gear or radiation badges during their work on the tests. But most worryingly, studies have found that genetic damage is possibly causing intergenerational effects for their children and grandchildren.

“The Prime Minister has a chance to right this historic wrong at this week’s Commonwealth heads of government meeting and to give survivors the compensation they deserve – as well as funding an independent medical study to investigate intergenerational impacts, and to honour its obligations under the Nuclear Non-Proliferation Treaty by effectively pursuing nuclear disarmament.”

In 2016, Fife pensioner Dave Whyte was banned from submitting freedom of information requests to the ministry of defence when he sought answers about why he had suffered genetic damage from radiation exposure during the tests.