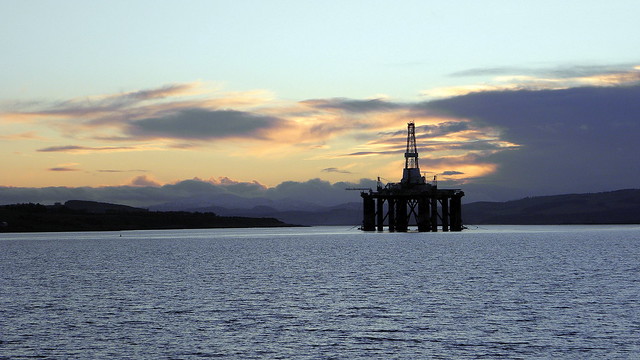 FIRST MINISTER Nicola Sturgeon’s claim that an end to current government support for the oil and gas sector would lead to higher emissions due to the requirements of importing replacement oil has been challenged by a leading researcher behind the recent ‘Sea Change’ report.

In a speech earlier this month introducing the 2019-20 Programme for Government, which focused heavily on measures designed to address to climate change, the first minister acknowledged concerns from environmentalists over continuing government support for the oil and gas industries, but argued that severing support would be counterproductive.

Sturgeon told MSPs on 3 September: “I know, and understand why, many climate change campaigners argue that part of our response to the climate emergency should be the immediate withdrawal of support for oil and gas.

READ MORE: Editorial: Glasgow 2020 is an opportunity for Scotland to lead the global zero-carbon revolution

“However, aside from offshore licensing and regulation being reserved matters, the hard fact is that early closure of domestic production – before we are able to meet all demand from zero carbon sources – would be likely to increase emissions, because a significant proportion of the oil that would then require to be imported has a higher carbon intensity than UK production.”

Shortly after the publication of the Programme for Government, Oil and Gas UK’s ‘Roadmap to 2035’ echoed Sturgeon’s arguments, proposing that the best response to combating greenhouse gas emissions would be to pursue production at maximum levels of extraction.

Despite accusations from Scottish Green energy spokesperson Mark Ruskell that the industry was “putting its own interests ahead of our survival”, the industry body’s Roadmap argued that maintaining 1.1 million barrels per day would reduce the need to import non-domestic fossil fuels.

This claim has now been challenged by Gregg Muttitt, research director for Oil Change International.

Speaking on a panel discussing the findings of ‘Sea Change’, the recent joint-report from Friends of the Earth Scotland, Platform and Oil Change International, Muttitt took issue with the arguments of Sturgeon and the oil industry, saying: “On this, I have to say I disagree with the first minister for a couple of reasons.”

Citing the research supporting the report regarding the proportion of emissions relating to their methods of extraction, especially for oil, Muttitt continued: “I don’t think emissions are reduced by using domestic rather than overseas sources… I’m not advocating for imports of course, but I simply don’t believe it’s true that maximising extraction reduces emissions in the short term – because apart from anything else, it has an impact on the energy market. Each additional barrel that is produced, it goes somewhere.”

Regarding the issue of oil and gas subsidies, which Sturgeon raised in her Programme for Government speech, Muttitt added: “We looked at numbers from the Oil and Gas Authority, as to what is the impact of policy measures introduced since 2014 on the future of production? And that is primarily the 2015 and 2016 UK budgets. They modelled how much this will increase extraction of oil and gas in the period up to 2050. Now, we looked at the impact of that, and what we found is that adds twice as much carbon to the atmosphere as is saved by the coal power phase-out, UK-wide.

“So, I think what the first minister appears to be missing in that comment is that extracting a barrel of oil influences how much is consumed, and how much is emitted. It’s not simply about reducing those process emissions, which are a very small part of the total.”

The ‘Sea Change’ report, first published in May, cites research which found that the UK’s 5.7 billion barrels of oil and gas in already operating oil and gas fields will exceed the UK’s share in relation to Paris climate goals. In spite of this, both industry and government aim to extract a further 20 billion barrels. The report also notes that recent subsidies for oil and gas extraction will add twice as much carbon to the atmosphere as the UK wide phase-out of coal power will save.

In light of this, the report argues that, should the necessary policies be enacted, job creation in clean energy industries will exceed affected oil and gas jobs more than threefold, which presents both the UK and Scottish Governments with a choice: either continue to pursue maximum extraction by subsidising companies and encouraging them to shed workers, until the climate emergency necessitates rapid action to cut emissions, leading to industry collapse and widespread energy sector unemployment over a short space of time, or a managed transition, negotiated with trade unions and local leaders, and in line with climate change goals.