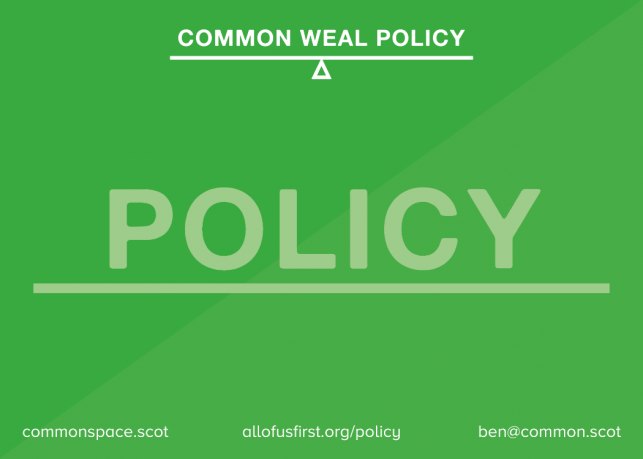 COMMON WEAL has published its paper towards the Scottish Government’s draft energy strategy consultation, originally submitted in May.

The detailed submission covering all aspects of energy strategy can be read in full here. It is authored by Susan Brush, metallurgist and environmental practitioner, Iain Wright, retired energy expert who worked in the industry for over 35 years, and Gordon Morgan, Common Weal energy researcher. 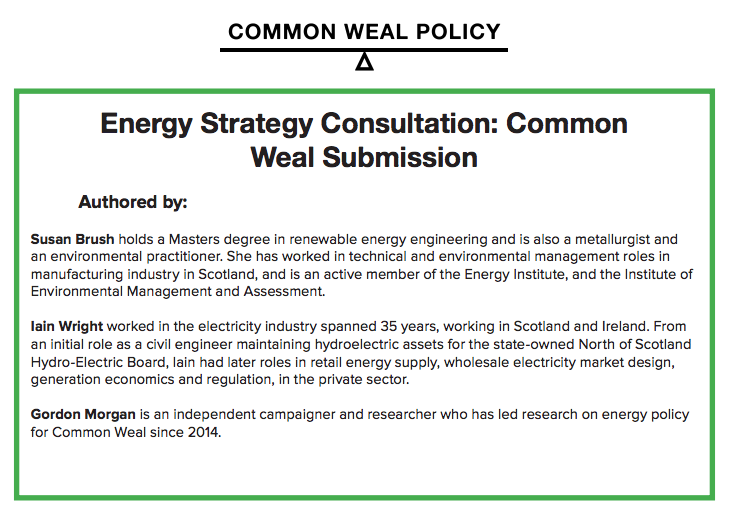 “We strongly support the establishment of a Scottish Energy Company which can support local energy cooperatives and smaller public energy companies and provide a level playing field for energy pricing and investment. This should be backed by Energy Bonds and a public investment bank. Indeed if the model for the public energy company was the Danish Energy Agency, which administers energy and supply in Denmark, many of the problems associated with a privatised energy market could be addressed.”

It goes on to argue that for this company to be effective it “must control the energy supplied under schemes be they district heating, wind turbine, geothermal energy or hydrogen generation” and rejects the idea of a “sleeve arrangement” to supply solely public bodies with energy, arguing for a “properly scoped, licensed energy company”.

Other key points include:

– The energy strategy should be tied in more to industrial strategy to ensure it maximises potential to meet economic goals. This could follow the example of Iceland which has pursued a reindustrialisation strategy of aluminium production and renewable energy generation in tandem.

– The target of supplying 50% of all of Scotland’s energy consumption from renewables is the right one, but in order to meet it bigger inroads must be made into decarbonising heating and transport.

– The roll out of a “programme of major refurbishment to the existing building stock with a view to reducing energy consumption through improved insulation, better heating / cooling / lighting systems, heat recovery where practical, and improved control systems” in order to improve energy efficiency and reduce fuel poverty, which should be enforced through tighter regulation on the private rented sector in particular.