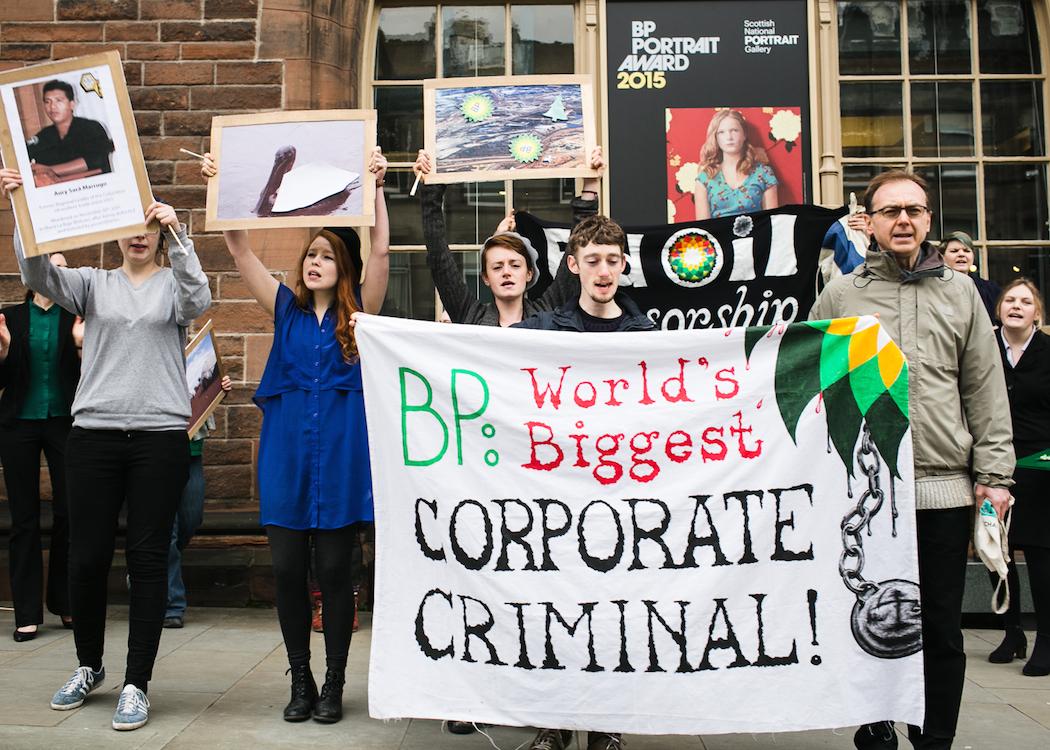 Unethical corporate sponsorship has no place in the arts

ENVIRONMENTAL PROTESTORS have called for an end to BP’s corporate sponsorship of arts awards at the national galleries.

Citing the threat of climate change and BP’s “dire” human rights record, campaigners from ‘BP or not BP?’ staged an intervention at the national galleries in Edinburgh where the corporation was funding the ‘BP portrait award’ for 2015.

The exhibition, organised by the London gallery, has been sponsored by BP for 26 years – yet has faced renewed controversy over the business transactions of its main sponsor.

Claire Robertson, who took part in the protest, said: “It’s outrageous that BP is allowed to clean up its reputation through association with the prestigious portrait awards, despite its well-documented role colluding with human rights abusing regimes in Azerbaijan and Colombia, funding destructive tar sands extraction, and causing environmental devastation with the Gulf of Mexico oil spill.

“BP have sponsored the awards for 25 years as the evidence of climate change has become far clearer and the need to act ever more urgent. Fossil fuel companies who are profiting from the destruction of the climate should not be allowed to paint themselves as respectable organisations with deals like this.”

The protest gained the support of environmental campaign organisation Friends of the Earth. Head of campaigns Mary Church added: “BP’s contribution to public life is a legacy of environmental damage and pursuing ever more fossil fuels when science tells us we can’t afford to burn the ones we already have.

“When they’re not lobbying against the necessary action to tackle climate change they are trying to buy respectability by sponsoring valuable cultural institutions like this.

“Our galleries, festivals and cultural events should be free from fossil fuel sponsorship and we hope that Scottish National Portrait Gallery refuses to exhibit these important awards again unless their relationship with BP is ended.”