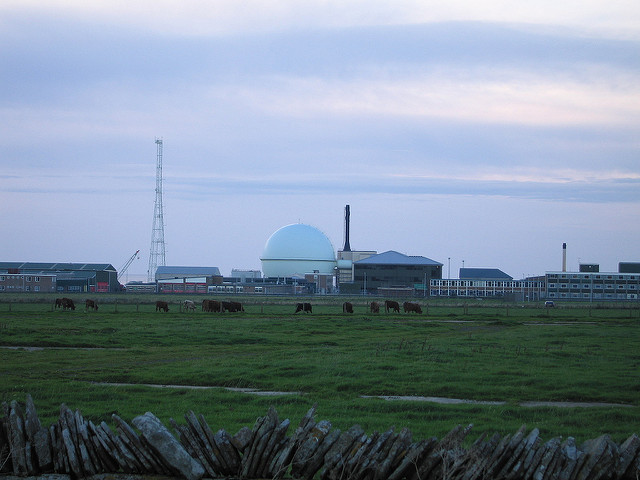 FRIENDS OF THE EARTH SCOTLAND, has slammed the UK Government for giving the green light to the proposed Hinkley Point C nuclear deal with French energy company EDF and the Chinese General Nuclear Power Corporation (CGN).

The deal, which includes contract deals for Scottish companies, will see a new nuclear reactor built in Somerset next to its sister plants Hinkley Point A and B.

The environmental group stated that the UK Government had failed to consider renewable options as a way of providing safe, cheap and efficient energy and pointed to EDF’s record delays and over budgeting for plant building.

"We should instead investing in renewables and energy efficiency that can provide the safe, flexible, decentralised energy we need now and in the future.  Going for green energy would be cheaper, faster and safer than continuing to chase the nuclear dream." Dr Richard Dixon

Friends of the Earth Scotland’s director, Dr Richard Dixon, said: "Building new nuclear plant at Hinkley Point and committing to pay EDF twice the current energy price for the next 35 years is a colossal waste of public money. Our grandkids will still be paying it off and for generations to come people will be living with the toxic legacy of nuclear waste.

"We should instead investing in renewables and energy efficiency that can provide the safe, flexible, decentralised energy we need now and in the future.  Going for green energy would be cheaper, faster and safer than continuing to chase the nuclear dream.

"Once the deal has been signed comes the truly difficult part of actually building the plant. This type of reactor design has never been successfully completed anywhere with EDF’s two other projects in Finland and France well over budget and behind schedule.

"It is quite possible the Hinkley Point reactors will never produce a single electron."

Dixon’s comments have been supported by research from the New Economics Foundation (NEF) which stated that replacing Hinkley Point power station with solar power would halve the cost to taxpayers.

For more background read our explainer: Security, Scotland and the Chinese interest in Hinkley

In August the plan faced a delayed decision by the UK Government which angered the Chinese state broadcaster CCTV and French trade unions. The decision caused an EDF board member and its head of finance to resign in protest.

The company that plans to build and operate the plant, France’s EDF Energy in which the French state has a majority share, had pledged to pay the bulk of the total £18bn construction cost.

All remaining construction costs are to be met by the Chinese Government through CGN with Hinkley forming only a portion of some £105bn of Chinese investment in UK infrastructure from 2010 to 2025.

Additionally the Financial Times (FT) estimated that over the next 35 years Hinkley would generate revenues of between £100bn to £160bn for the main stakeholders EDF and CGN.