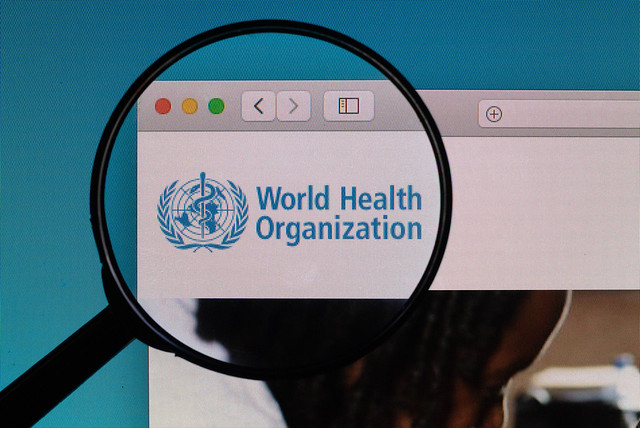 NORTH LANARKSHIRE COUNCIL may have breached the World Health Organisation’s European Charter on Environment and Health, an environmental health expert has told CommonSpace, as pressure from parents for a public inquiry into two local schools built on the site of a former toxic landfill mount following the announcement of a teachers strike.

Concerns over the possible contamination of the Coatbridge site – upon which the shared campus of Buchanan High School, St Ambrose High School and Townhead Road community centre was built – have mounted since it was reported that blue water was emerging from the pipes.

The campus opened in 2012 on land which had previously been used by Gartsherrie Ironworks for the dumping of industrial waste – including substances such as arsenic, nickel and lead – between 1945 and 1972, despite objections being put forward during the planning process.

Controversy has grown following the revelation that four members of staff at Buchanan High have been diagnosed with the same form of bladder cancer.

In addition to these cases, the mother of one pupil has publicly demanded answers after her autistic son suffered the rapid onset of blindness, which she believes may be linked to the high levels of arsenic found in his system.

“I kept hearing the phrase ‘there is no significant risk to health’ – so what are four teachers with the same bladder cancer if they are not significant?” Teacher

Despite claims from North Lanarkshire Council that the schools are safe, the NASUWT union – which represents 12 staff at Buchanan High – announced today [10 June] that they have voted to strike, and will be withdrawing their members from 20 to 28 June, stating that failure to address health and safety concerns was “unacceptable”.

Despite growing calls for further investigation into the possibility of contamination in the schools, North Lanarkshire Council has so far sought to calm the fears of local parents, and has maintained that the site is safe.

A statement from North Lanarkshire Council, reported in the Scotsman newspaper, said: “Specialist doctors from the public health department of NHS Lanarkshire have confirmed that no incidence of cancer is linked to the schools.

“They have also confirmed that no other serious illness is connected to the schools or the site on which they are built.”

However, the local authorities efforts have so far done little to quell concerns in the local community, which boiled over at a public meeting last week intended to address the matter.

Local SNP MSP Alex Neil and Labour MP Hugh Gaffney both advocated a formal inquiry into the matter at the meeting, with Gaffney arguing that the Scottish Government should intervene.

The Sunday Post newspaper has reported that it understands lawyers for at least one of the teachers diagnosed with cancer has written to North Lanarkshire Council, warning of legal action over the alleged link between “unknown contaminants” and their current illness.

One of the afflicted teachers told the Sunday Post that they felt “betrayed and angry”.

“I kept hearing the phrase ‘there is no significant risk to health’ – so what are four teachers with the same bladder cancer if they are not significant?”

Speaking to CommonSpace, Professor Andrew Watterson of Stirling University’s Occupational and Environmental Health Research Group said: “Trust, transparency and good communication should be the key to dealing with these issues. The Buchanan High School case almost looks like a case study in how not to deal with the public.

“Transparency has been limited and is still insufficient, trust has broken down and communications with many of the parents and staff has broken down. The community were already sensitised when the school was built on a brown field site. It would be interesting to know how many private schools are built on such sites and why other sites were not available in 2012 when this school was built.”

“Trust, transparency and good communication should be the key to dealing with these issues. The Buchanan High School case almost looks like a case study in how not to deal with the public.” Andrew Watterson

The Charter includes the right to “information and consultation on the state of the environment”, bodies being “accountable for its actions” in relation to environmental health, to promote the principle of “prevention is better than cure”, and that “the health of individuals and communities should take clear precedence over considerations of economy and trade”.

Watterson stated that in each of these areas there is serious question marks over whether the Council has been compliant.

Asked if he agreed with calls from MSPs and teachers for an independent inquiry, Watterson replied: “Yes. And I think there should be a joint body established now of representatives of all the staff (teachers, admin, cleaners and caretakers), their trade unions, representatives of the parents and representatives of the council and health board to address the above issues of trust and transparency and get all the facts in the open and fully answer all staff and parent concerns.”

Watterson was also sympathetic to calls from local campaigners for health screenings of staff and pupils at the affected schools, saying: “So far the health board has not transparently and fully answered questions about staff and pupil health. Unless they can do this to the satisfaction of staff and parents, then some health screening and further environmental monitoring of the site should occur. Absence of evidence or failure to provide evidence is not evidence of absence which is what parents and staff require.”

In light of the fact that the original plans to build upon the site received no objections from the organisations which consulted upon them, including the Scottish Environment Protection Agency, Watterson also called for a public inquiry into the role of those organisations.

“[There are] loads of unanswered questions that are unrelated to blue water and we do not feel safe sending our children back until the site has been fully investigated and our kids tested.” Local parent

“A review of how brown field sites have been used across Scotland should be a follow up target, in the context of ensuring environmental justice,” he added.

A petition calling for an investigation into the campus site, as well as full screenings for all pupils and staff, has now been signed by over 10,000 people.

Lynsey McFarlane, one of the local parents who set up the petition, told CommonSpace that, while the ‘blue water’ found in the schools has been widely reported, their concerns extend much further.

“[The] methane gas alarm has went off in the school more than once with children not being evacuated,” McFarlane says. “When the site was being built on there were 10 hotspots out of 100 that were deemed unsafe with chemical waste materials found. There has been a lot of settlement issues with ground.”

Since the four teachers’ struggle with cancer has become public, McFarlane said that “more people have come forward to say there child has had to be referred to hospital by optician as there eyesight has deteriorated quicker than it should have. [There are] loads of unanswered questions that are unrelated to blue water and we do not feel safe sending our children back until the site has been fully investigated and our kids tested.”

McFarlane confirmed that it is “very much our aim now” to get the Scottish Government to intervene and establish an investigation.

Pauline McMullin, another member of the petition group and the mother of a pupil currently attending St Ambrose High who has complained of fatigue and headaches, said that she was told by her local GP that they lack both the authority and the specialisation necessary to perform the kind of heavy metal blood-tests needed to establish the presence of substances such as arsenic, lead or nickel in her son’s bloodstream.

“The Public Health Minister has made clear that he supports the call for a thorough investigation into the concerns of parents, pupils and staff.” Scottish Government

McMullin told CommonSpace that while she supports a public inquiry, the possibility that such an investigation could take years does little to alleviate her present fears, or her feeling that action needs to be taken immediately. Should health screenings take place, McMullin believes, then they should be qualified and comprehensive, and involve the kind of heavy metal blood-tests currently unavailable to her son to establish “if it’s arsenic, if it’s zinc, if it’s lead.”

“And do you know what?” McMullin added. “If you ask the 1500 pupils’ parents this week, ‘would you pay £20 for that to reassure you and let you go to bed at night? Of course they would.”

Regarding North Lanarkshire Council, McMullin says: “Whoever’s in those jobs now are going to face that. If in 10 or 15 years we go back and say ‘our kid’s aren’t well’, are they going to be in the same jobs then? Of course they’re not. But that’s my child.

“If it’s all just a blip that we’ve all gone through,” McMullin said, “and our kids can go back to school – which is a very good school – then great. But if we can’t get back to that place, let’s start making plans.”

A Scottish Government spokesperson told CommonSpace: “The Public Health Minister has made clear that he supports the call for a thorough investigation into the concerns of parents, pupils and staff. He will be meeting with the local MSP, Fulton McGregor to discuss how this might be taken forward.”

Despite requests from CommonSpace, the Scottish Government did not respond on whether it believed the industrial action taken by NASUWT was justified, whether it would intervene further in establishing a public inquiry, or what if any action it believes North Lanarkshire Council should take to address the fears of the community it serves.