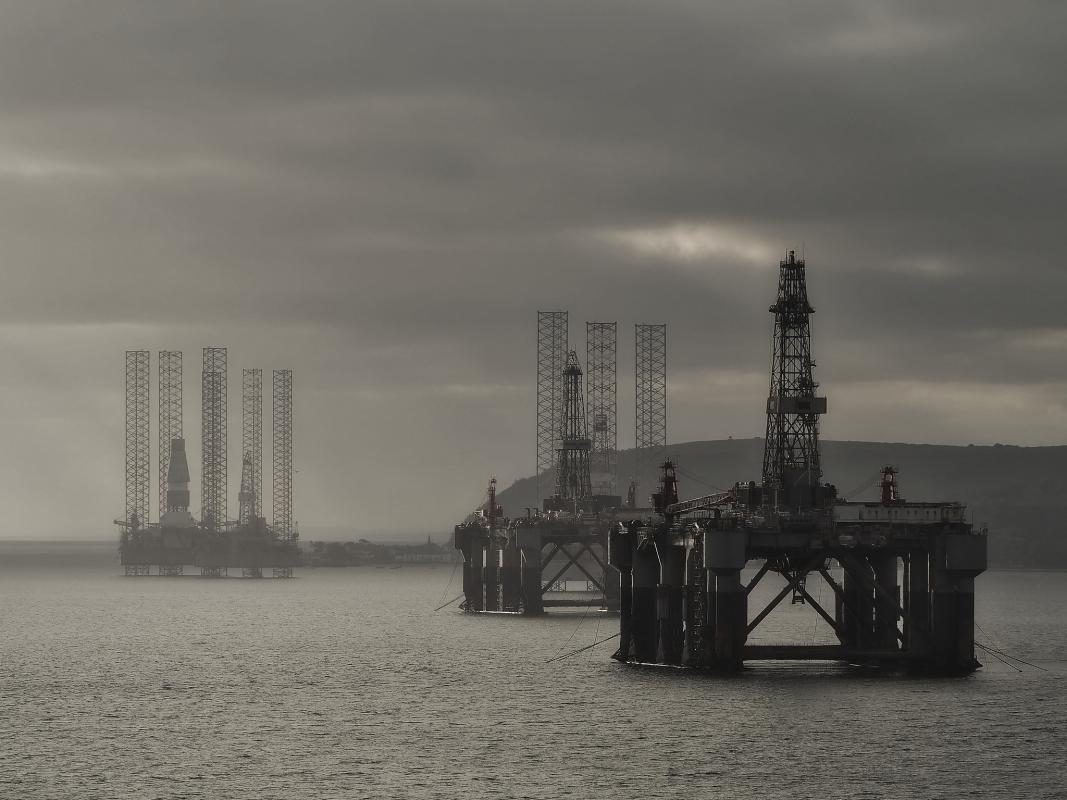 ENVIRONMENTALISTS and the Scottish Greens have reiterated calls for Scotland’s fossil fuel industries to be phased out, following a new forecast predicting massive increases in the amount of oil and gas produced by Scotland over the next 30 years.

The Oil and Gas Authority (OGA) now expects 11.9 billion barrels to be extracted by 2050 – an increase of almost 50 per cent from the eight billion barrels forecast four years ago – as a result of over 30 new fields coming on stream since 2015, coupled with lower production costs and enhanced production techniques.

In its latest report, the OGA also showed that 25 million extra barrels of oil & gas were produced in 2018 in comparison with the previous year, with an average of 1.7 million barrels of oil equivalent (BOE) produced per day – a 4 per cent increase from 2017 and the highest level of production since 2011.

The news has led to renewed calls from the Scottish Greens and environmentalists for the North Sea’s remaining oil & gas reserves to remain untouched, and for a transition to a renewable economy to be accelerated.

READ MORE: David Carr: This is not a drill – Scotland’s oil must stay in the ground

Scottish Greens Environment and Climate spokesperson Mark Ruskell MSP told CommonSpace: “In the face of the climate crisis we need a faster transition to a renewable economy, not a focus on maximum oil extraction.

“It’s disappointing that Scotland’s oil wealth has been squandered in the past, but we must now look toward the future. If all these reserves are burned we will be on a one way journey to climate breakdown.”

Speaking to CommonSpace, Friends of the Earth Scotland director Dr Richard Dixon said: “We know that climate change means we can’t afford to burn 80 per cent of known fossil fuels, so this oil & gas needs to stay were it is.  This forecast increase in oil & gas production would fuel climate change emissions equivalent to more than 40 years of Scotland’s current annual emissions. If we are serious about climate change the North Sea oil industry needs to be phased out rather than expanded.

“When we say we’re drilling for ever more oil & gas, we’re saying that we’re going to make climate change worse. Burning fossil fuels is the key driver of the climate catastrophe that millions of people around the world are suffering through. It really is as simple as that, and politicians of all stripes already know this.

Dr Dixon continued: “The UK and Scottish Governments should be planning now for a transition away from fossil fuels in a way that is fair to workers and communities who currently rely upon high carbon sectors sectors. Its time to stop offering tax breaks and subsidies to big oil companies and instead channel this money towards creating plentiful decent jobs in a green economy.”

However, the new OGA forecast has been welcomed by SNP MSP for Aberdeen South and North Kincardine Maureen Watt, who commented: “These latest revisions to OGA forecasts confirm the major economic potential that North Sea oil reserves have to offer. Successive UK governments have sold Scotland’s oil industry short – downplaying the bright future of the sector and syphoning off revenues to plug black holes in the Treasury.

“Make no mistake, this is great news for our oil and gas industry. However, we must not be complacent and allow for Scotland’s revenues to be used to cover the costs of Tory tax cuts for rich. A portion of oil revenues should be invested in a fund for future generations, as most other oil-producing countries have done – something which will ensure there is a positive economic and social legacy from our oil wealth.

“With a host of industries booming, such as our food and tourism sectors, Scotland is a hugely wealthy country even without oil and gas. But the only way to ensure Scotland’s valuable natural resources are invested here in Scotland, and not squandered by Westminster, is through independence.”

Both Scottish Labour and the Scottish Conservatives also responded positively to the news, but derided any suggestion that the increased forecast bolstered the case for independence.

Scottish Labour’s energy spokesperson Lewis Macdonald MSP said: “This uptick in forecasts is welcome and both the Tory and the SNP governments must do the upmost to protect jobs in the North Sea. Almost 170,000 jobs were lost due to the collapse in oil prices since 2014 and the response from both governments was nowhere near good enough.

“Instead of going back to the fantasies of the referendum campaign, the SNP should focus on supporting the jobs and prospects we actually have in this vital sector of the economy.”

Tory MSP Colin Clark added: “Whenever there is a boost in production, we are all expected to believe independence is nigh. Yet when there is a downturn, it is the UK Government that must absorb the drop in revenue.

“The Scottish people rejected independence when oil was $110 a barrel – they are unlikely to change that view at $66.

“The fact is that the policies of this Conservative government have kept taxes stable and encouraged investment in the North Sea. We are seeing the results of that in these very welcome production figures today.”

Despite Clark’s attribution of the upturn to Conservative policies, a 2017 report from the pro-independence think tank Business for Scotland argued that UK Government mismanagement of North Sea oil had cost Scotland tens of billions of pounds, highlighting that oil-rich Norway made almost £29.33 billion in oil & gas revenues in the two years following the 2014 price crash, while the UK lost nearly £22.8 million. This was attributed to Norway’s policy of keeping taxation on oil and gas at 78 per cent and its ability to draw on its sovereign wealth fund to help workers.

Although reclaiming oil & gas revenues has been a prominent feature of pro-independence discourse since the discovery of North Sea oil, recent years have seen increasing demands for a transition away from fossil fuel industries in prevent environmental collapse.

According to the Open Democracy editor Adam Ramsay, the maximum amount of additional carbon dioxide the Earth could afford to emit as of 2012 was “565 gigatons, while the total amount of carbon in the known reserves of oil companies and oil-producing states was 2,795 gigatons.”

In light of this, the political journalist Jamie Maxwell wrote earlier this year: “Either the era of major oil extraction projects is at an end – or we are.”