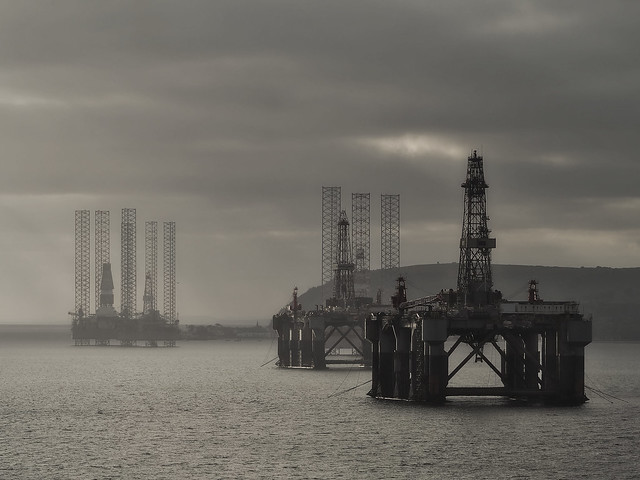 WWF Scotland call for an end to tax breaks and subsidies, while Scottish Greens argue: “Fossil fuels must be left in the ground”

ENVIRONMENTAL campaigners have criticised First Minister Nicola Sturgeon’s refusal to withdraw support from the oil and gas sector in this week’s new Programme for Government.

Unveiling the new governmental agenda for 2019-20 that focused heavily on addressing the climate emergency, the first minister stated that support for the sector would be “conditional” on its efforts to help pave the way for a just transition away from fossil fuels.

Prior to this, Sturgeon had been urged by campaigners to withdraw support for the industry, with Friends of the Earth Scotland director Dr Richard Dixon commenting ahead of her speech on Tuesday: “The Scottish Government must end its support for the oil and gas companies who want to drill every drop from the North Sea and instead plan a managed phase out of extraction and implement a just transition for those workers and communities currently reliant on this sector. The government can no longer turn a blind eye to the damage caused by the fossil fuels produced just off our shores.”

While acknowledging such calls from climate activists, Sturgeon argued that doing so at this point would actually increase emissions, as oil imports would be required to replace that currently being extracted from the North Sea.

Addressing criticism from Scottish Green co-leader Patrick Harvie MSP on Tuesday, Sturgeon said: “I speak to young people, in particular, all the time who ask, ‘Why not stop and leave it in the ground?’ I have sympathy with the sentiment behind that question.

“However, I have not heard Patrick Harvie address the point that doing that now would risk increasing emissions because of import substitution. We must have a managed, fair and just transition, and that is what we are working towards.

“However, I have been explicit today about the conditionality of our support and its emphasis on the transition away from fossil fuels into low-carbon and renewable sources. In my view, that is the right way to go and, again, we are ahead of most other countries in the world in that.”

“Now is the time to be setting out a clear plan to transition away from dirty fossil fuels. This should also include an end to tax breaks and subsidies.” WWF Scotland director Lang Banks

Nevertheless, those demanding that the Scottish Government do more have not been placated, with WWF Scotland director Lang Banks reiterating the call for governmental aid to the oil and gas sector to be withdrawn.

Speaking to CommonSpace, Banks said: “While it’s true that the oil and gas industry will continue to be a significant part of our economy for some time, now is the time to be setting out a clear plan to transition away from dirty fossil fuels. This should also include an end to tax breaks and subsidies and instead direct those funds to efforts to more quickly end our addiction to fossil fuels.

“We need to see a just transition that enables us to harness the engineering skills currently deployed in the North Sea and apply them to a range of cleaner forms of energy production.

“Whatever the source of the oil and gas we do burn it all ultimately contributes to driving the climate crisis.”

Further scepticism from environmentalists was provoked this week by suggestions from the UK oil and gas industry that the best way to combat greenhouse gas emissions is to pursue production at maximum levels.

Oil and Gas UK’s ‘Roadmap to 2035’ echoed the first minister’s argument, claiming that maintaining the current output of 1.1 million barrels per day would reduce the need to import fossil fuels.

Responding, the Scottish Greens’ climate spokesperson Mark Ruskell commented: “The sector says it recognises the need to change, but thinks that maximum extraction of fossil fuels is compatible with tackling the climate emergency. The industry is putting its own interests ahead of our survival.

“Indeed, production in the North Sea has gone up this year, since the First Minister declared a climate emergency. It has gone up 20 per cent since 2014.

“The science cannot be any clearer on this. Fossil fuels must be left in the ground. We already have far more fossil fuel in existing reserves than we can afford to burn. Even non-fuel uses of hydrocarbons generally end up in products which will end their lives in an incinerator.

“Nicola Sturgeon’s plan puts emphasis on future technologies, rather than beginning a just transition now. We need a Scottish Green New Deal with the ambition and scale to build a future for all by creating new jobs and warm homes for everyone now, not waiting until we’ve extracted every last drop of a dwindling resource that is destroying our planet.”