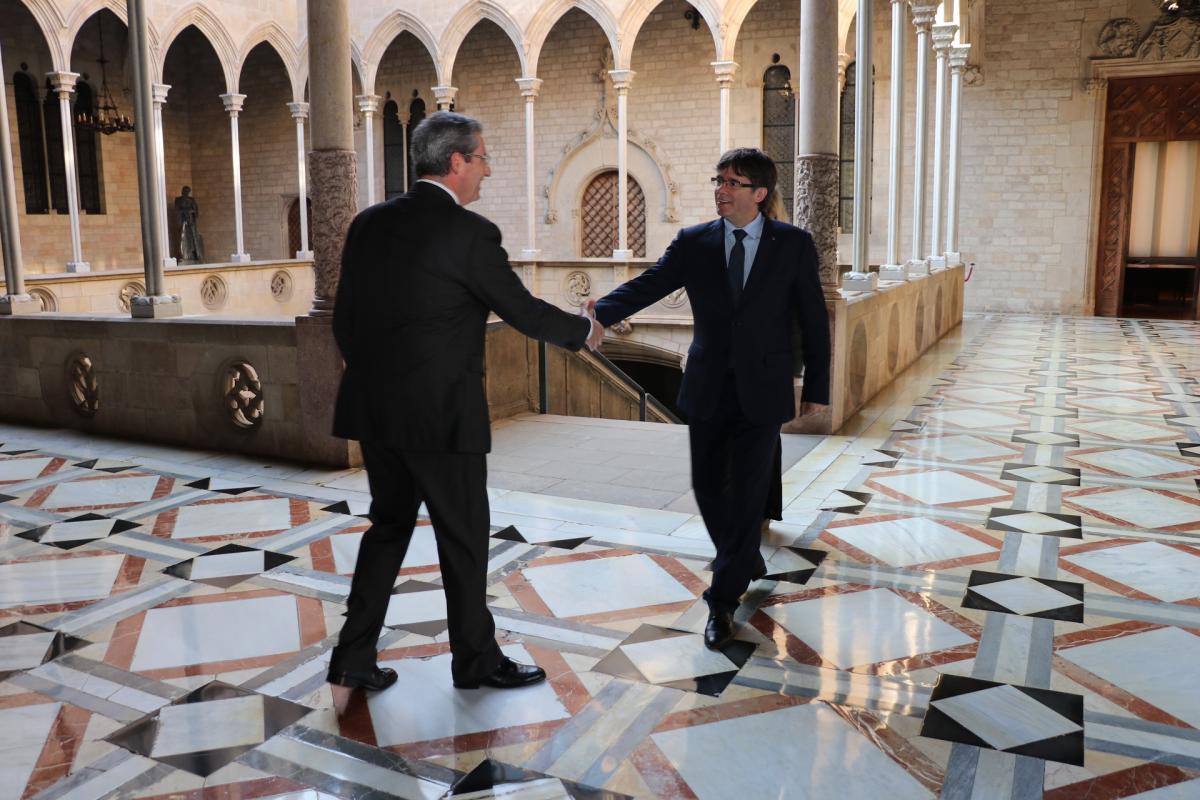 FORMER Catalan President Carles Puigdemont slammed EU authorities today (13 January) as he took-up his seat as an MEP, after seven months of Spanish attempts to block the move.

Puigdemont arrived in Brussels alongside former Catalan government minister Toni Comín, also elected last year, but not by their colleague, the former Catalan vice president Oriol Junqueras, who has been stripped of his MEP seat and his political immunity by the European Parliament.

Addressing EU leaders at a press conference in Strasbourg, Puigdemont said: “Today we can say that the Catalan crisis has impacted the EU’s pillars. The EU can’t continue to look elsewhere.”

Also speaking at the press conference before hundreds of Catalan independence supporters who attended in solidarity, Catalan parliament speaker Roger Torrent accused the EU of “allowing a court to interfere in the composition of the European chamber.”

Catalan President Quim Torra added that they would work to ensure the presence of Junqueras at the European Parliament.

Junqueras was stripped of his MEP status on Friday (10 January) after the European Parliament accepted a ruling of the Spanish Supreme Court that he could not become an MEP due to his status as a prisoner of the Spanish state. Junqueras’ party, the centre-left Esquerra Republicana de Catalunya (ERC), is expected to appeal on his behalf to the General Court of the European Union.

Puigdemont told the assembled press in Strasbourg that his arrival at the European parliament represented a victory over Spanish attempts to remove him and his colleagues from the political field.

“A lot of resources have been spent in order to prevent us from being here.”

Meanwhile, Spanish judge Pablo Llarena has upheld the European Arrest Warrants against Puigdemont and Comín, and called on the EU to revoke their immunity. Presently, neither are liable to be arrested in any EU member-state except for Spain.

The independence movement leaders take up their seats ahead of Catalan cabinet negotiations with the new Spanish coalition government. On Sunday (12 January) Spanish President Pedro Sánchez made friendly gestures regarding forthcoming negotiations whilst announcing the composition of his cabinet, saying the forthcoming administration would be one of “dialogue… social, territorial and generational.” He added: “The citizens are demanding a Spain of moderation and not one of tension.”