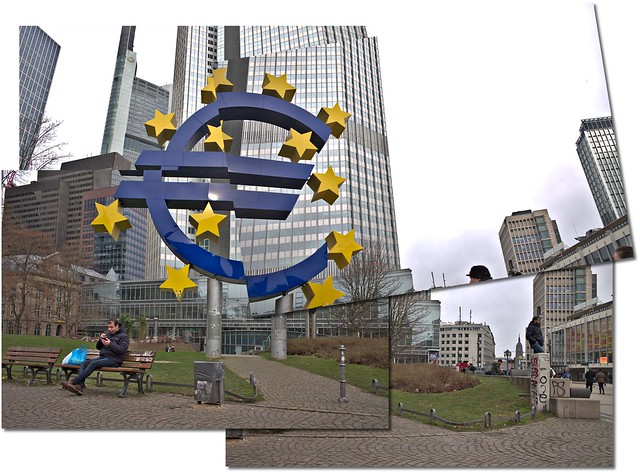 CommonSpace is interviewing political commentators from different perspectives on the EU ahead of European elections on 23 May. In the fourth interview, we speak to Marta Cillero Manzano and Ana Oppenheim of European Alternatives, which campaigns for a democratic and egalitarian European Union, about what we should expect from the EU elections across Europe.

CommonSpace: What impact is Brexit likely to have on the wider European dynamics?

Manzano and Oppenheim: This is a tricky question because, watching the way that events have been unfolding so far, the only thing that has been clear and consistent is the futility of any predictions. It is not even entirely certain that Britain will leave the EU at all. After two deadline extensions, MPs seem no closer to agreeing a deal and the anti-Brexit movement keeps growing.

Many predicted that, once the UK leaves, other countries will follow. While similar demands have been raised by some radical right parties, they don’t seem to be gaining much traction across the continent. However, a hard Brexit taking place would definitely be seen as a victory for the far right – at least until the negative consequences are clear.

CS: Will these European elections be defined by the rise of the populist and far right?

Manzano and Oppenheim: Unfortunately, this is looking likely. The nationalist right is set to make gains in a large number of countries and might even double its number of seats in the European parliament. Although they won’t have the numbers to push the most extreme Islamophobic, anti-women or anti-LGBT proposals, their brand of ultra-conservatism will have more legitimacy and more impact than it’s had in decades.

This is a very dangerous time for Europe – and it’s never been more important for progressives to think and organise transnationally. The mobilization of young people is also a key part of the campaign. With populists trying to impose their agenda, the European Parliament is trying to reach out to the young with campaigns like #ThisTimeImVoting because during the last European elections, the greatest level of abstention was among young people. But there are other grassroots campaigns, like that of Transeuropa Caravans, which aims to mobilize young people not only for the elections, but generally around social and political issues.

CS: Will there be a significant contest from leftwing forces are they sufficient to make realistic the idea of reforming the EU?

Manzano and Oppenheim: Progressive movements, from transnational strikes to women’s marches to climate change protests, have made waves across Europe and the world and will be hard to completely ignore. From Portugal to Spain to the UK, we have also seen a recent revival of social-democratic parties, which should give us some hope. Also in Slovakia, where Zuzana Caputova just won the presidency with a pro-European, feminist and ecologist proposal, quite the opposite to the authoritarian axis that has defined the Visegrad region. These new voices, candidates and movements have understood that an entire political and economic system is on the brink of collapse and that we must join forces to bring a new and realistic political proposal at the European level. It is an epochal challenge that will define our generation.

CS: Why is the European political centre, from the UK and outside, in such a state of crisis?

Manzano and Oppenheim: The status quo has failed. For decades, we were told that there is no alternative to the neoliberal order. By the end of the last century, we heard that ideology was dead and the role of governments was simply technocratic management of capitalism. However, the 2010 financial crash, stagnating wages, extreme inequality and the threat of climate apocalypse have shown that this approach is neither desirable nor sustainable.

On the other hand, radical right parties brought ideology back by promoting a sense of (white, male) national pride – an appealing proposal for those who felt their status was threatened by the successes of feminist and anti-racist movements.

We all agree that change is needed. We just fundamentally disagree on what kind of change we want to see.

CS: Should these elections be a catalyst for change – and what kind of change?

Manzano and Oppenheim: Absolutely. First of all, they should be a wake-up call for everyone who thought neofascism was not a serious threat. Fighting racist and other hateful politics, whether in the streets or in parliaments, must become a priority.

The left will also need popular positive headline policies to unite around across borders. For example, the idea of a European Green New Deal could be one of them – tackling climate change and poverty at once. It will also need the courage to fight the right on immigration – a key terrain of the new culture wars.

Manzano and Oppenheim: We live in an increasingly and irreversibly globalised world, where the biggest challenges we face – from climate change to global inequality – require international responses. To tackle them, we need both cross-border social movements and transnational institutions to work through. The European Union, with all its flaws, is the biggest attempt at creating a transnational institution which is – in principle – democratic. Countries alone can’t, for example, take on multinational corporations. But a large body like the EU could.

That’s why it’s key for the left to take seriously thinking internationally. It’s a shame that European election campaigns are often focused around national politics, and turnout is low – and that European topics rarely feature in the media. We need a progressive vision for Europe, and that means we need a public debate about Europe that involves all sections of society – not just a handful of interested intellectuals. We truly believe that the idea of Europe needs to be defended. Any change of the European institutions though, will be superficial without first restoring citizens’ trust. How to restore trust in citizens? With more democracy, with new mechanisms to give citizens a voice in the EU decision-making.