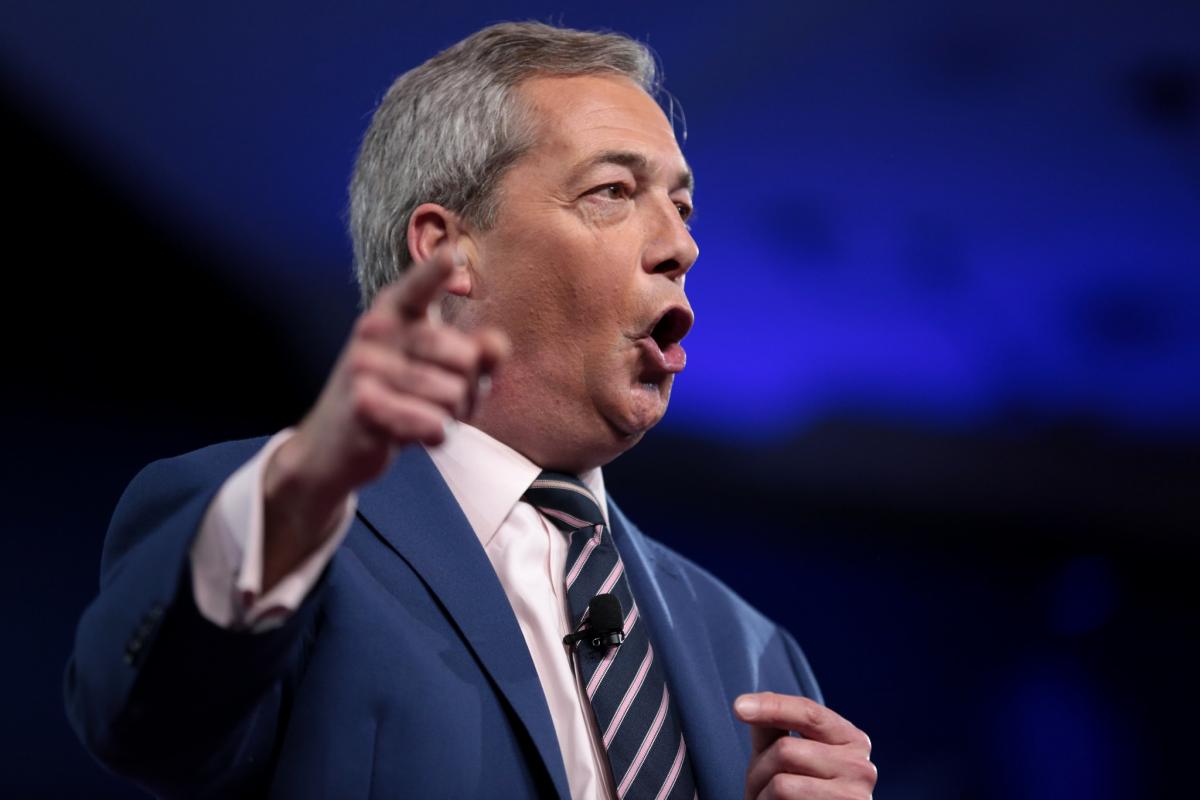 CommonSpace is interviewing political commentators from different perspectives on the EU ahead of European elections on 23 May. In the second interview, CS speaks to Marina Prentoulis, Senior Lecturer in Political, Social and International Studies at the University of East Anglia, and a member of the pro-EU Another Europe is Possible. She speaks here in a personal capacity.

IN recent weeks the Brexit party has surged in the EU election polls, polling more in some polls than Labour and the Conservatives combined.

Even given the unreliability of the polls, and the difficulty of parties turning EU election success into Westminster success, the party’s rapid rise could lead to a major upset in a political system famed for its resistance to outside insurgencies.

CommonSpace spoke to Dr Lee Jones about the Brexit party and its demand that the 2016 Brexit vote be respected.

Now we get a very different take from Marina Prentoulis, Senior Lecturer in Political, Social and International Studies at the University of East Anglia, who specialises in the study of social movements.

CommonSpace: How do you explain the rapid rise of the Brexit party?

So it’s not something extraordinary that is happening, it’s not something new, not something that appears from nowhere – it’s not a constituency that was just now created, but a constituency that was always there, the far right, the rightwing Brexit crowd most of the time within the Conservative party. The far right, not only within Britain, are also much of the time within rightwing conservative parties and then when the conditions allow they can create their own parties and take their votes from conservatives.

So it’s not that it emerged from nowhere. Within the Tories there are divisions, including a group that is much more far right who want Brexit at all costs. This is what the Brexit party represents.

CS: Isn’t it also the case that the Brexit party has been holding large rallies in traditionally Labour areas?

P: I don’t think anyone who is Labour would ever vote for anyone like Farage, or would even vote for the Tories. The fact that this is happening in Labour constituencies? We know that those constituencies were Leave, but that doesn’t mean that it is Labour voters who are going to these rallies.

I don’t see how anyone who has been in the Labour party for years and years would go and vote for somebody like Farage. And we know already that a lot of other issues which are not related to Brexit like the NHS, we know how Farage has lied around this issue, with the bus and so on.

Someone who is Labour holds the NHS quite high as an issue. I don’t think they would vote for somebody who proposes Brexit based on lies and someone who actually wants to privatise the NHS

CS: Do you see the Brexit party as far right?

P: We don’t know since they don’t have a manifesto or anything like that. They are a one issue party, which allows them to say very little about policy, which is focussing on Brexit.

But anything that is headed by Farage I would say is far right. A rightwing populism understood as a negative force – I work on populism and don’t see left populism as a negative thing – but this is a very specific populist, far right party which promotes only one policy in its agenda.

CS: If their appeal is from that political quarter, why has Ukip faired so badly since it moved right?

P: Ukip and Tommy Robinson and so on – [they] went totally fascist, it isn’t even pretending to be part of the mainstream type of rightwing politics.

But I also think there is another factor. Farage was the face of Ukip, and since Farage is no longer the leader of Ukip it has been pushed to the side. Farage, because he didn’t want to be associated with Tommy Robinson and so on, he created his own party. But I think anyone who votes for the Brexit party is rightwing – the change between Ukip and the Brexit party, maybe it gave [Farage] a new force. But I think they are still right and far right.

I think the Brexit party is doing what Ukip did before, it’s not going to change the national debate, the debate is still there. We don’t know what is going to happen with Brexit. We have been going through years where decisions are not taken. So what the Brexit party is doing is putting forward what a lot of people voted for which is to leave the EU. But without understanding what this means.

The Brexit party is taking up a lot of anger, a lot of grievances that people have against the EU. In my view a lot of these issues were related with neoliberalism and the imposition of austerity and all these issues, which are then directed towards Brexit.

Again, this is not changing the debate about Brexit because after all these years we know how difficult it is to get out of the EU, and we all know if there was a No Deal we would have very serious problems, not least that we would have to follow US policy in order to make trade deals.

CS: How can the left undermine the appeal of the Brexit party?

P: Labour should already know that the non-position they have taken on the Brexit issue, trying to please two or three Stalinists, and didn’t take a Remain position – and Labour is a Remain party, because most of the people who vote for Labour are for Remain – they are going to pay for that. I don’t see why anyone who is for Remain should be convinced they should vote for Labour.

The other constituency that Corbyn is trying to please – his left friends from the Communist Party – he can go on trying to please them and talk about the constituencies of the North and things like that, but again he’s trying to make Labour a catch-all party, so on Brexit I don’t think that’s a left that’s going to defeat the Brexit party.

The left should participate in many more ways, and we should be addressing the concerns that Leave voters expressed, and what they imagined Brexit is about, but I don’t think that we currently do and I don’t think it will necessarily happen through electoral politics

I’m not sure one should expect that the left as an electoral left should address these issues or whether these are discussions that we should have within and beyond the left but maybe outside parliamentary politics. Yeah, there are a lot of problems with the EU.

I’m not necessarily convinced that these problems that the EU has, which are serious, are problems which people who vote for the Brexit party necessarily engage with. So we should engage, but not by going and trying to get these votes for the Labour party.