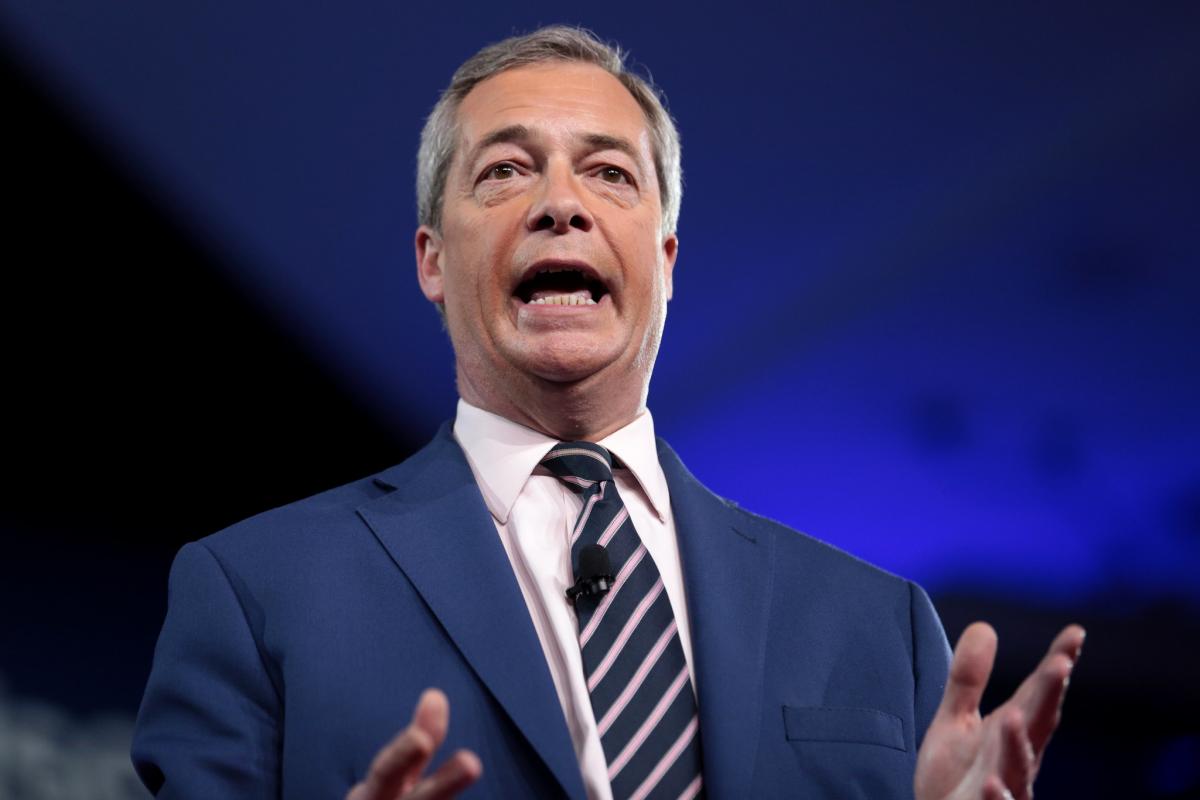 CommonSpace is interviewing political commentators from different perspectives on the EU ahead of European elections on 23 May. In the first interview, CS speaks to International Politics professor Dr Lee Jones, a founding signatory to the Full Brexit, a left-wing pro-Brexit website, about the rise of the Brexit Party

RECENT weeks have witnessed the dramatic rise of the Brexit party in a British political system traditionally resistant to such lightning insurgencies.

The polling companies YouGov, ComRes and Opinium place the Brexit party at 34 per cent, 27 per cent and 34 per cent respectively for the upcoming European elections – the YouGov and Opinion polls placing the party ahead of Labour and Tory votes combined.

According to some polls the party is even polling second in London, the quintessential heartland of pro-Remain sentiment. There is a school of thought that suggests that the recent local elections represented a ‘Remainer’ backlash, but if the polls are correct we are now set to see a backlash by Leave voters.

Notwithstanding all the usual caveats about polling, this is a highly significant development for the direction of UK politics, even if the new outfit’s prospects in Scotland are not as strong (though they are fielding candidates in Scotland, where a Ukip MEP has been elected) as they are in England and Wales.

For one explanation of the phenomenon, CommonSpace spoke to Dr Lee Jones, Reader in International Politics at Queen Mary University of London, whose research includes international relations and questions of political sovereignty.

CommonSpace: Is it not the case that the Brexit party draws most of its votes from a disintegrating Conservative party?

Jones: There was an Opinium poll focusing on where the Brexit party was getting its support from and something like 75 per cent were coming from people who previously voted Conservative and Ukip, and the remainder from other parties including the Labour party.

It’s clearly the case that the Conservatives are taking the biggest hit. But if you look also at the national [Westminster] polls, Labour support is also declining it’s just declining less rapidly than the Conservatives. Labour’s lost about 7 per cent in the last month.

One thing to remember is that a lot of the people who voted Ukip in the past had previously been Labour voters, equally people who went over to the Conservatives had also been Labour voters. So it’s difficult to say ‘these people are all rightwing’ a lot of them view themselves as traditional working class voters who would have been thought of as perhaps the natural constituency for the Labour party.

CS: Why have the Conservatives taken such a hard hit, and what are the dangers to Labour?

J: In my view the Brexit party only exists because of a failure of the overwhelmingly Remain establishment to implement the result of the 2016 EU referendum. If they had gone ahead and actually accepted the democratic result and implemented it then there would be no need for the Brexit party.

‘Brexit means Brexit’ – people laugh at Theresa May for that, but that’s why she got popular support, because she seemed to accept the instruction of the electorate in a way that a lot of MPs on either side of the chamber did not.

If the left had actually taken the mandate of the democratic vote in 2016 and led a progressive Brexit there would be no need for the Brexit party.

Whatever Jeremy Corbyn’s own personal views on the EU – they are very well established – the Parliamentary Labour Party was never really prepared to accept the referendum outcome.

Labour had a torturous policy that tried to balance the fact that its voter base had been split on the question. But in the end the whole thing was tilted towards Remain since late last year and that’s very clear to the electorate.

CS: Is the Brexit party fundamentally an expression of hard rightwing politics?

J: No I don’t think so. The party as it stands has one issue only, and that is to defend democracy by insisting that the 2016 referendum result is enacted. Now if you think that democracy is rightwing then I think that’s quite sad. There’s nothing rightwing about that at all.

You might say Nigel Farage is a rightwing person and so on. But as a political party it has one policy, and it’s to defend democracy – historically a leftwing view.

Even though many millions of people feel annoyed and frustrated by the shenanigans in parliament, and the obvious way to do that is to vote for anti-establishment parties, there’s already a ready-made antiestablishment party – Ukip – which has been around for 20 years. But if you look at the opinion polls there was only a slight uptick for Ukip in both the national and the European polls, even at the height of the Brexit fiasco in parliament.

That suggests to me that as frustrated and alarmed as and upset as people are, they are still not willing to support Ukip in it’s current form, because Ukip has become a far right party. And I just don’t think there is very much appetite in Britain for a far right party.

They are attracted to the Brexit party because it avoids any far right position and purely channels frustration at the political establishment. That’s why they have achieved such an enormous breakthrough in the way Ukip has not.

CS: If the polls are born out and the Brexit party wins the European elections, what is the future for the outfit?

J: The First Past the Post system is obviously one of the less democratic aspects of the British political system and it props up the two main parties.

At the moment the Westminster polling puts the Brexit party at about 21 per cent just behind the Tories, but on some forecasts it would get zero seats. And even though the Labour party has lost about 7 per cent of its support and is polling around something like 28 per cent it would just squeak into power and be able to form a minority government. But it’s very difficult to know how these things would shape up seat by seat, national polls mask a lot of variation.

What we can say is that its difficult for parties to break into the political system, but that doesn’t mean they can’t exercise influence. Ukip exercised real influence despite only having one MP and that was a defection.

I don’t think that they [the two main parties] will be disciplined by it [if Brexit party wins the election]. I don’t think those fanatically committed to remaining are going to have their minds changed, especially if their parties will be protected by First Past the Post – that will encourage some of them just to stay the course.

I think the long-term future for the Brexit party, assuming that it has one, is that it will presumably transform into something like the early Ukip – what people call a national populist party. It’ll be kind of centre-right populist.

If the political class does succeed in neutralising the Brexit referendum either by enacting a Brexit that keeps us tied very closely to the EU or having a second referendum that overturns the first one, then there will be very widely held anti-establishment sentiment that the Brexit party will be able to channel.

In that sense we’ll be more like just a standard European country, because these sorts of parties are widespread across the whole of Europe.