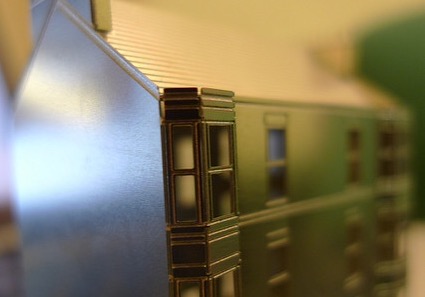 After Brexit landlords fear pressure if freedom of movement is removed

EU NATIONALS living in the private rented sector are concerned that the vote to leave the European Union (EU) will make it harder for them to rent a home in the UK.

A third of EU nationals thought their rental prospects in the private sector were at risk and a quarter felt that landlords in the UK would not rent to them, according to the National Landlords Association (NLA) survey's findings.

The NLA has additionally expressed concern of any new Brexit deal between the UK Government and the EU results in the restriction or removal of the right to freedom of movement.

"If the right to freedom of movement within the EU is curtailed then landlords may have no other option than to end tenancies rather than facing fines and even jail time." Richard Lambert

Richard Lambert, the NLA’s chief executive, said: "These findings show that a significant proportion of tenants from the EU are genuinely concerned they’ll have to uproot themselves from their work, studies, or friends and family on the strength of the referendum result.

"There is still a great deal of uncertainty surrounding the referendum, but we want to reassure European citizens living in the UK it’s simply not the case that landlords will stop letting to them just because the country has decided to leave the EU.

"However, if the right to freedom of movement within the EU is curtailed during the exit negotiations, then landlords may have no other option than to end tenancies rather than facing fines and even jail time if they let property to someone without the legal right to remain in the UK."

From the survey, about 18 per cent of the UK’s private rented sector tenants are EU nationals who currently have the right to freedom of movement within the EU.

The NLA found that 31 per cent were worried about their prospects as private tenants.

A poll of almost 1,000 renters carried out for the NLA found that 31 per cent were worried about their prospects as private tenants and that a 25 per cent said they were worried that landlords would be less willing to let to non-UK nationals following the result of the EU referendum.

There are currently 173,000 EU nationals living in Scotland today. The first minister Nicola Sturgeon last week hosted a question and answer session with EU nationals after a Scottish cabinet meeting in Edinburgh, covered by by CommonSpace.

In the meeting she called on the UK Government to guarantee that EU nationals living in the UK can remain after Brexit amid the concern of many about whether they would have the right to live and work in Scotland when the UK leaves the EU.