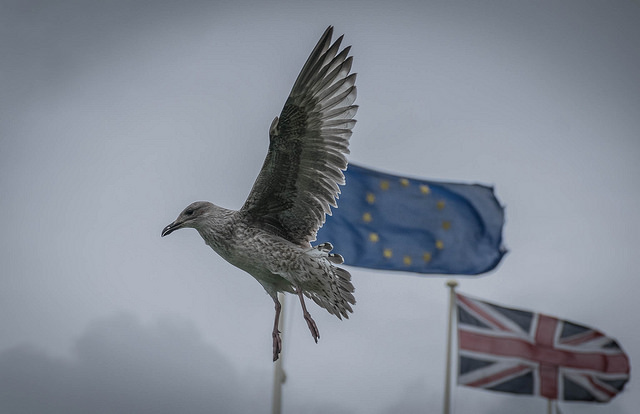 THE second reading of the EU Withdrawal Bill concluded on Monday (12 September), with MPs voting 326 to 290 to let the bill continue to the committee stage.

The Bill has been criticised by opposition parties, devolved administrations, and legal organisations for being a “power grab”, due to the extensive powers it affords to government ministers in the two years following the exit date from the EU.

The Bill has also come under fire for its ability to “re-reserve” powers in currently devolved areas for powers returning from the EU, and for its lack of commitment to maintaining equalities and human rights protections.

The debate, which ran on until after midnight, saw a number of Tory MPs, such as Dominic Grieve, Maria Miller and Sarah Wollaston, raise criticisms of the bill including its far reaching ‘Henry VIII powers’ and the need for more assurance on equalities protections.

The Labour MPs who backed the Bill were Ronnie Campbell, Frank Field, Kate Hoey, Kelvin Hopkins, John Mann, Dennis Skinner, Graham Stringer, while others including Caroline Flint abstained, citing a wish to not “block or delay” the bill, instead intending to support amendments to the bill further down the line.

All Scottish Labour MPs voted against the bill, along with the SNP, Liberal Democrats, Plaid Cymru, and The Green Party. The bill will now pass to the committee stage where MPs will have more opportunity to put forward amendments, before the bill goes to a vote in the House of Commons again. 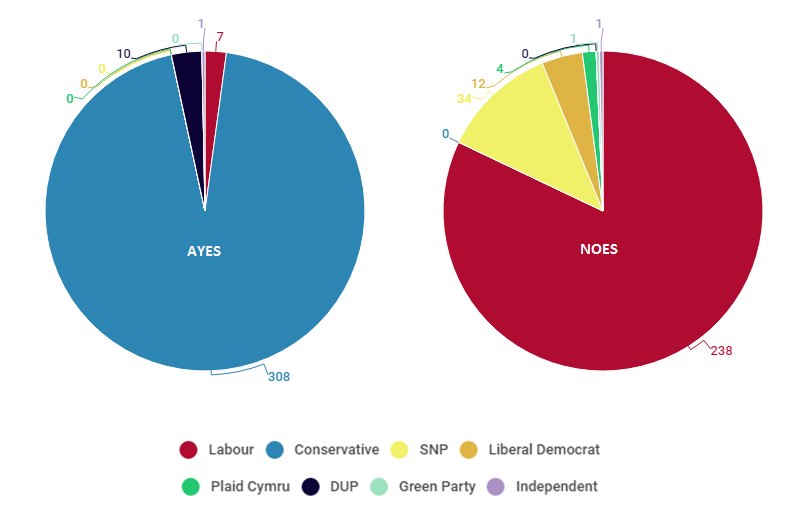 A vote on the government’s timetable for the committee stage also passed on Monday with 318 votes to 301.The nomination of members for 27 select committees was also approved last night without a vote, as proposed by Tory MP Andrea Leadsom.

The Conservative Party was criticised when it was revealed last week that it would seek to place a majority of Tory MPs on the committees despite lacking a majority in parliament.

Theresa May said of the result: “Earlier this morning parliament took a historic decision to back the will of the British people and vote for a bill which gives certainty and clarity ahead of our withdrawal from the European Union.

“Although there is more to do, this decision means we can move on with negotiations with solid foundations and we continue to encourage MPs from all parts of the UK to work together in support of this vital piece of legislation.”

Stephen Gethins MP, the SNP’s Foreign Affairs spokesman, said the result was “a dark day for devolution and democracy”.

“UK government [must be] prevented from railroading further Brexit legislation through that risks the very foundations of devolution.” Stephen Gethins MP

Gethins said: “Despite the disappointment, I am pleased to see Labour’s shift in stance towards backing the SNP’s long-standing position on the importance of securing the best possible legislation and deal, and the dangers if opposition parties remain divided in their approach in holding this Tory government to account.

“The challenge now is for MPs across the chamber to unite behind a common purpose in ensuring that this UK Government is prevented from railroading further Brexit legislation through that risks the very foundations of devolution.”

On the same day, the the Scottish Parliament’s European committee met with The European Commission’s Chief Negotiator for Brexit, Michel Barnier, to discuss the progress in the negotiations between the UK and EU.