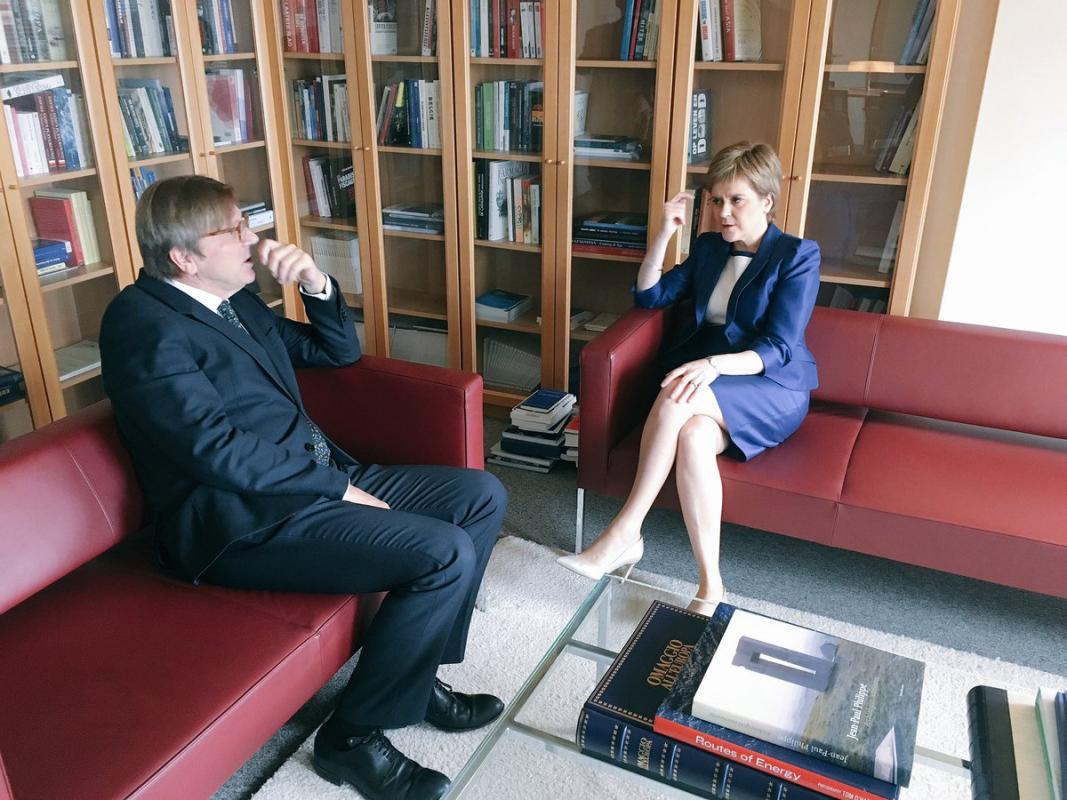 THE EUROPEAN PARLIAMENT has appointed a lead Brexit negotiator who is strongly in support of Scottish membership of the European Union.

Former Belgium Prime Minister Guy Verhofstadt was appointed to the position today [Thursday 8 September] to coordinate the parliament’s role in giving consent to any UK-EU agreement.

Verhofstadt, also the leader of the Liberal group in parliament, was vocal in support for Scotland’s vote to remain in the EU following June’s referendum.

“It's wrong that Scotland might be taken out of EU, when it voted to stay. Happy to discuss w. @NicolaSturgeon,” he tweeted on June 24th after the result.

He slammed the Brexit vote in parliament on June 28th – describing it as an attempt by Boris Johnson to become leader of the “dual Kingdom of England & Wales”, noticeably assuming Scotland would be its own independent country.

He then met with First Minister Nicola Sturgeon as part of her series of diplomatic meetings in Brussels.

Verhofstadt appointment represents a boost to those in Scotland hoping for a warm reception from EU institutions, as they attempt to negotiate room for a special Scottish ‘status’ in Europe or full membership of the EU.

BBC: "(Can Scotland) stay (in EU) without having to join a queue?"
Guy Verhofstadt: "Yeah,"https://t.co/QZIDLOGiVA

In a recent interview with BBC Scotland, Verhofstadt said an independent Scotland would be welcome within the EU without having to reapply to the organisation.

The European Parliament will be one of several institutions involved in the Brexit negotiating process.

A parliament spokesperson has stated: “Any agreement would have to be approved by both the European Parliament and the Council.”

Verhofstadt has warned that the parliament will block any favourable terms for the UK as part of Brexit.