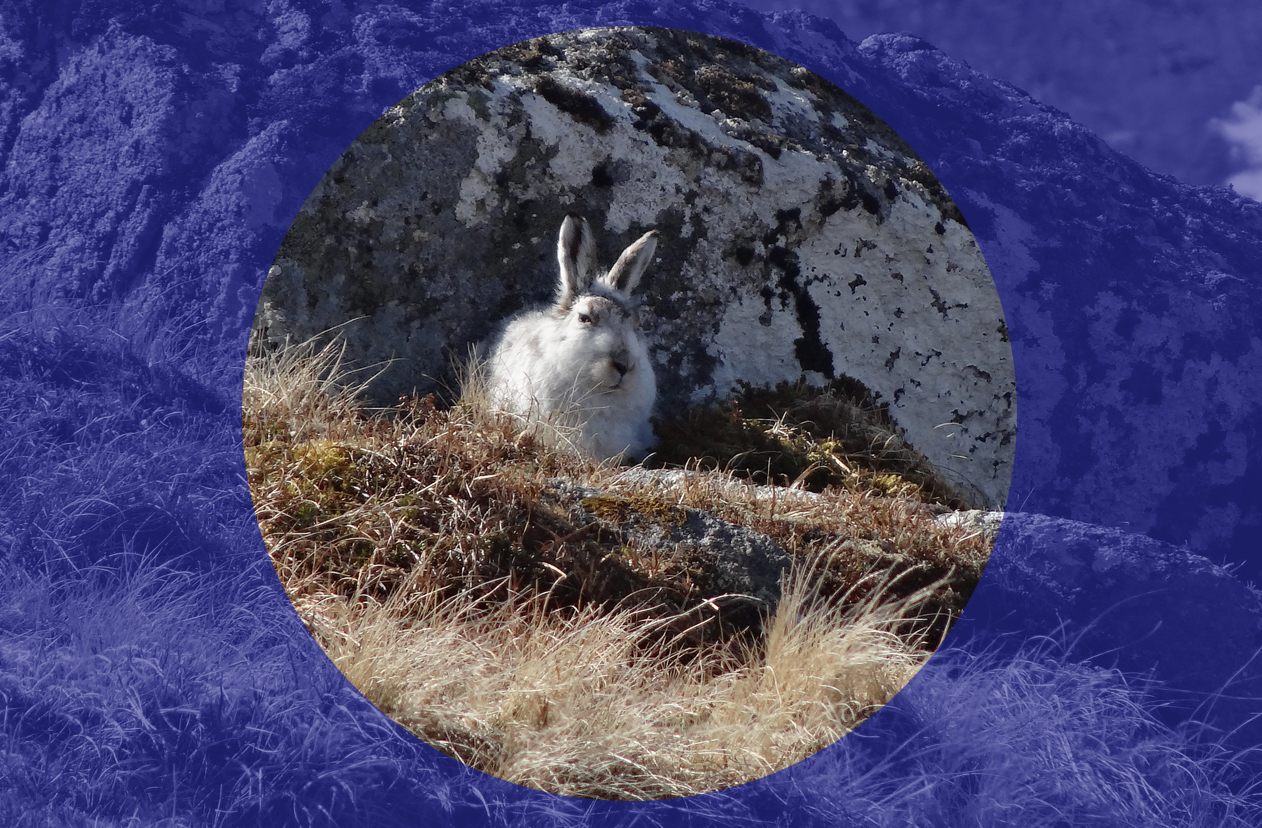 “The dedication of campaigners with the backing of thousands of people was key. It became the last chance to take action within this parliamentary term and people took that opportunity – although it was certainly a surprise to us all.”

In what the League Against Cruel Sports described as “a real victory for animal welfare”, an amendment to the Animals and Wildlife (Penalties, Protection and Powers) (Scotland) Bill, tabled by Scottish Green MSP Alison Johnstone, was accepted by Scottish rural affairs minister Mairi Gougeon, making it an offence to kill mountain hares without a licence.

According to 2018 research, mountain hare populations on north eastern Scottish moorlands now stand at less than one per cent of what they were in 1954, a decline has been widely blamed on the practice of hare culling by grouse moor managers.

Amongst the campaign organisations welcoming the news was the Revive coalition, which has long campaigned for action on hare-culling in Scotland. Source spoke with Revive campaign manager Max Wiszniewski about the bill’s passage and what lies ahead.

Source: What is the significance of yesterday’s move to ban the mass culling of mountain hares?

Max Wiszniewski: This historic move is exceptionally significant because for the first time, Scotland’s native mountain hares will become a protected species all year round. They were previously protected for under half a year (March until the end of July) but after that it was ‘open season’. In other words, mountain hares were killed in unregulated mass culls and shot for sport because of the questionable claim they threaten grouse numbers.

Thanks to the result of this vote, these iconic animals will not be able to be killed legally without a licence. If there is ever justification for ‘management’ of numbers they will need to make that clear to Scottish National Heritage. Revive will make it very clear that a licence should never be given for the purpose of increasing or maintaining grouse numbers for sport shooting.

While the introduction of the amendment was late-breaking, its success is arguably the result of years of campaigning from conservation and animal welfare groups. What lessons can such organisations draw from this victory?

These mass culls are often held in secret and there’s good reason for that. Footage was obtained by Revive members OneKind and the League Against Cruel Sports Scotland in 2018 which shocked the country. The Scottish Government wanted evidence and they got the proof that this was happening. Also, research from the late Dr Adam Watson and the RSPB, which lasted decades, showed mountain hares to be in an unfavourable conservation status so this victory has been a very long time in the making. Species champion Alison Johnstone, who lodged the winning amendment, has also been pushing this for years.

One of the key successes of the Revive coalition is bringing together people who have different interests and priorities, whether that be the environment, wildlife, social justice or land reform. The huge response, the many thousands who wrote to their MSPs, didn’t just come from an animal welfare or conservation background. Everyone involved in this group effort, within and outwith the Revive coalition, appealed to Scots from every walk of life and I think that’s why this became such a success.

Do you think this signifies a new direction for the Scottish Government, or a relatively isolated example of bowing to pressure from dedicated campaigners?

The dedication of campaigners with the backing of thousands of people was key. It became the last chance to take action within this parliamentary term and people took that opportunity – although it was certainly a surprise to us all. We would hope that this position is consistent with the Scottish Government’s commitment to animal welfare going forward. The Scottish Government certainly deserve credit for pushing this bill through.

While the designation of mountain hares as a protected species has understandably received much attention, the large-scale killing of beavers and the use of sonic seal scarers by salmon farmers have not been banned. What is your opinion of the Animals and Wildlife Bill overall?

To paraphrase Maurice Golden from the debate, advancing the cause of animal welfare doesn’t stop, and a lot of work will be needed going forward. Take vicarious liability for snaring offences: that landowners should be legally responsible for illegal snares is a good thing as it may improve accountability and reduce offences. However, snares are cruel and indiscriminate and should not be legal in the first place. Moreover, increased sentences for wildlife crime, for example, sends a message that it is being taken seriously by the Scottish Parliament, which voted for the bill unanimously. However, when so few cases are prosecuted compared to incidents of raptor persecution in grouse moor areas, it’s clear more action is needed to tackle the root of the problem.

Is the influence of the landowner and grouse-shooting lobbies in Scottish politics declining?

Everything is down to political will. These lobbies certainly have a lot of resources and traditional influence – and the ear of some politicians more than others – but it’s clear that the hegemony of these interests diminish as more people from everywhere in Scotland start to envisage better ways to manage our land, that actually benefit communities, rather than the vested interests of a few powerful individuals. These lobbies might not be declining but it’s everyone else that is getting stronger.

What is your reaction to the response from the Scottish Gamekeepers Association, which has floated the possibility of setting up a new party “for rural Scotland” and fielding candidates in list seats?

We wish them luck, but considering the vast majority of rural Scotland want to tackle the mass mountain hare culls it would be interesting to test the notion that the grouse shooting lobbyists represent the views of rural Scotland. If they want to stand on a manifesto of slaughtering tens of thousands of foxes, stoats, weasels, crows, mountain hares and anything else that gets in the way of surplus grouse for sport shooting, that would be interesting to watch.

In light of this result, what are the next big priorities for Revive on animal welfare and conservation, and how will the coalition be tackling them?

It’s very simple – whether it’s burning, mass outdoor medication, or killing untold thousands of animals, we’ll be arguing that these unsustainable activities which take place on grouse moors should end. We’ll also continue to provide visions of alternative futures for our land as we move forward. To mark exactly one year before next year’s Scottish Parliament election Revive launched its manifesto, so we hope that political parties will endorse these recommendations. If the grouse shooting lobbyists do start their own political party, we will look forward to having that conversation with them as well.