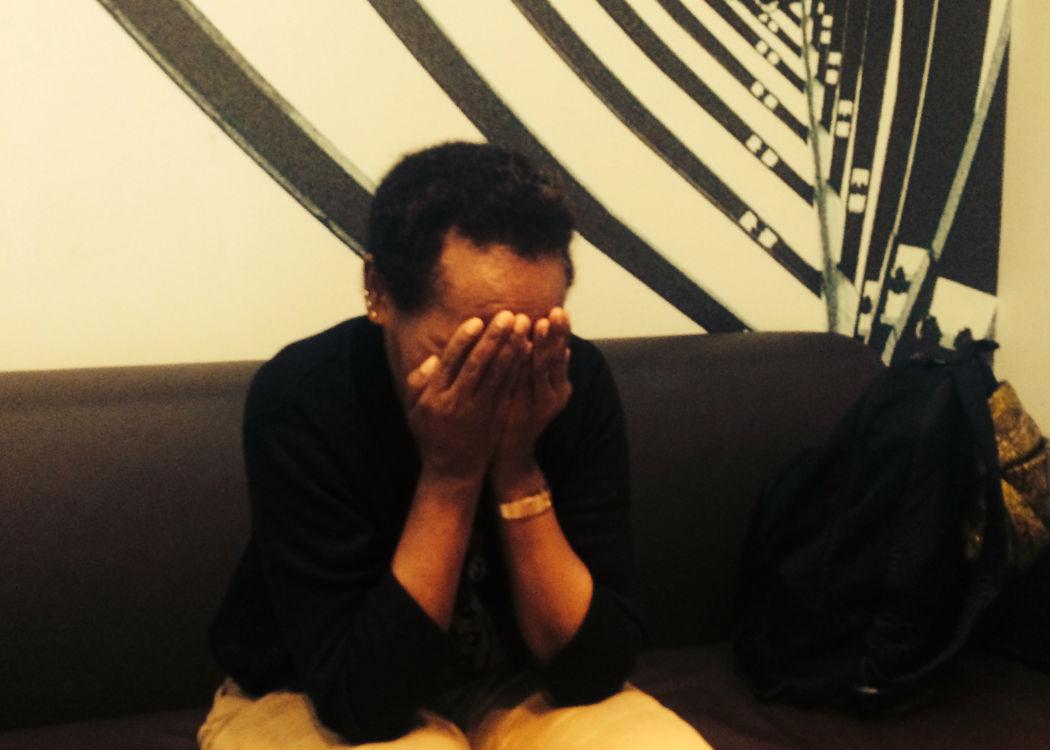 THOUSANDS of asylum seekers arrive in Scotland every year to escape persecution, hoping to seek refuge.

But the company responsible for housing newly-arrived migrants in Glasgow is at the centre of storm over allegations of mistreatment, bullying and racism, CommonSpace can reveal.

Housing firm Orchard & Shipman, which is a subcontractor for security multinational Serco, faces accusations that the treatment of migrants breaches their human rights.

The disturbing reports of ill-treatment could make Serco in breach of its multi-million pound COMPASS contract with the Home Office.

It is the latest scandal to engulf Serco following revelations in a Channel 4 documentary about the mistreatment of asylum seekers in the Yarl Wood detention centre in England which is run by the security giant.

While overall responsibility for compliance with contract standards rests with Serco, Orchard & Shipman are the company tasked with delivering the service in Scotland.

CommonSpace has seen a document which outlines Serco’s legal protocol for dealing with asylum seeker who have had their claims rejected.

According to testimonies gathered, it is clear that this protocol is being ignored as asylum seekers are physically forced out of their houses and are having locks changed while they are out.

A source has also told us of the nature of serious complaints that have made against a member of Orchard & Shipman’s staff.

65-year-old Roxana from East Africa says she was bullied out of her house by Orchard & Shipman employees only last week, without prior warning.

She had her asylum application turned down but was in the process of applying for a judicial review when the housing officers arrived and started to clear out her stuff and told her to get out.

“They came at 8.30am in the morning. I was getting ready because I had an appointment with a solicitor. I thought it was the postman but then two men forced their way in and said they are coming to throw me out.” said Roxana.

Fighting back tears, Roxana continued: “I really pleaded and asked them to give me time to go to the solicitor. But they said no and told me somebody else was moving into the house at 2pm.

“I didn’t know people could be so cruel. I can’t believe that they treated a woman of my age like this… like rubbish. They took my dignity from as if I’m a criminal.” Roxana, 65

“They are so unfair. Last night I couldn’t even sleep. My heart is paining and my body was shaking. I didn’t know people could be so cruel. I can’t believe that they treated a woman of my age like this… like rubbish. They took my dignity from as if I’m a criminal.”

The company is also routinely performing lock changes on properties of people refused asylum, leaving them stranded outside their homes.

Nuhan, 33, from Sri Lanka says that he was given 24 hours to get out his Govan flat by Orchard & Shipman.

Upon returning to his flat after visiting a friend to discuss his next steps, he found two Orchard & Shipman employees changing the locks at his flat.

Nuhan says that when he asked to be let in to collect his things, they threatened to call the police.

In a further episode, at least one member of Orchard & Shipman staff is under investigation following three separate complaints of racism, intimidation and bullying of asylum seekers.

One of these complaints against Orchard & Shipman staff involves the alleged mistreatment of a female asylum seeker the day after she was released from hospital following a cesarean section.

Another case of mistreatment is said to have occurred after a family’s house had been burgled and they asked to be rehoused unless the locks were repaired as they felt unsafe.

It is alleged that the housing officer responded aggressively, threatening to call social services and have their kids taken into care. The family relented and propped a wardrobe against the door overnight.

The complaints were made on 20 February but as of yet none of the complainants have been spoken to by Orchard & Shipman, Serco or the Home Office.

Anwar said: “I find these reports of evictions and mistreatment shocking.

“When you look at it in the context of asylum seekers, they are probably the most vulnerable people in our society yet they are being kicked out onto the street.

“It is because of their vulnerability that these private companies think they can get away with this awful treatment.

“They wouldn’t dare to treat ordinary members of society the way they treat asylum seekers.

The allegations of mistreatment are in addition to continued reports of desperately poor housing provided by Orchard & Shipman.

A report by the Scottish Refugee Council released in August 2014 identified widespread problems with the quality of accommodation provided to people seeking asylum in Scotland.

The report, studying a 12-month time period, found that concerns were raised about; a lack of adequate heating or hot water, filthy or infested properties, no locks on doors, families having to share accommodation with strangers and a lack of respect shown by housing provider staff towards asylum seekers.

Orchard & Shipman is responsible for finding a new initial accommodation premises for asylum seekers following the expiry of the lease on 93 Petershill Drive at the Red Road Flats.

But following the withdrawal of a planning application for an old industrial site in Possil, plans are no further forward, meaning newly-arrived asylum seekers are housed without immediate access to vital services.

Serco’s contract to provide accommodation, worth an estimated PS221m, features a statement of requirements one of which is that Serco must “provide safe, habitable, fit for purpose and correctly equipped accommodation to asylum seekers.”

The volunteer-run Asylum Seekers Housing Project (ASH) has been set up to help asylum seekers deal with the growing issues around housing and support.

One of the group’s founders, Sheila Arthur says that there has been a deterioration of the service provided to asylum seekers.

“There are a number of things that Home Office oblige Serco and their sub-contractor, Orchard & Shipman, to do and one of them is to treat people with dignity and respect. That is not happening right now,” says Arthur

“There are a number of things that Home Office oblige Serco and their sub-contractor, Orchard & Shipman to do and one of them is to treat people with dignity and respect. That is not happening right now.” Sheila Arthur, Asylum Seekers Housing Project

“The quality of accommodation is often of a very poor standard and we hear of many people left without heating or hot water for days.

“It’s in the COMPASS contract that people must be provided with information in a Welcome Pack in their own language but this has not happened yet – it’s been over two years.”

Arthur says that ASH has also had reports of misinformation being issued by Orchard & Shipman staff.

“People are told that if they complain about their housing they will be reported to the Home Office and that might affect their claim. That is simply not the case.”

Graham O’Neill, policy officer at the Scottish Refugee Council, said that things that may seem like small details to officials can have a “huge impact on people’s day-to-day lives and ability to feel safe and secure”.

O’Neill said that the Home Office has a “statutory responsibility” to provide accommodation for people who are seeking asylum and who are destitute.

“It is critical that the Home Office ensures that it has proper oversight of what is happening on the ground.” Graham O’Neill, Scottish Refugee Council

He emphasised that those being housed by Orchard & Shipman are “vulnerable and destitute” and that “it is critical that the Home Office ensures that it has proper oversight of what is happening on the ground – and that it has clear processes to ensure that subcontractors meet their contractual requirements”.

The recent Smith Commission on further devolution for the Scottish Parliament suggested that changes to who deals with asylum issues should be considered.

This included the possibility of “different powers being in place in Scotland for asylum seekers to access accommodation and financial support and advice.”

The recommendations were “welcomed” by the Scottish Government. A spokesperson said: “The Scottish Government believes that asylum seekers, many of whom are highly vulnerable, must be provided with good quality accommodation that is safe and secure and have access to the support that they so desperately need.”

A spokesperson for the Home Office said that it is committed to providing “safe and secure” accommodation while cases are considered.

“We expect the highest standards of our contractors and we have robust mechanisms in place to ensure those standards are met.”

Serco and Orchard & Shipman did not respond to requests for comment.