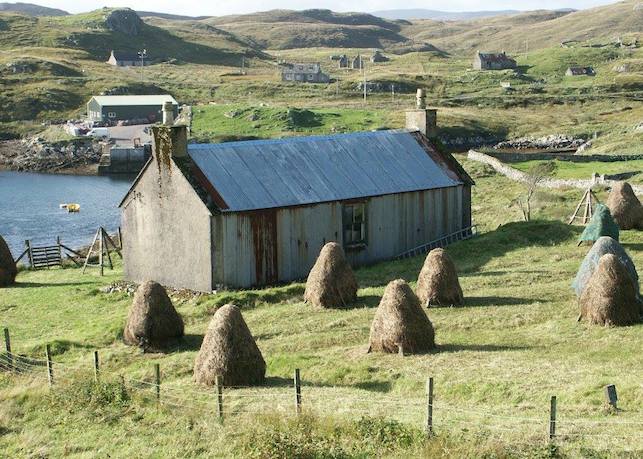 THE PAIRC ESTATE COMMUNITY on the Isle of Lewis could be forced to sell their land due to financial threats from its former landowner.

Barry Lomas sold the 27,000 acre estate last December after the first successful hostile buyout process under the 2003 Land Reform Act. Now, however, he has returned with a giant £700,000 compensation demand from the crofting and residential community on the land, citing the effort required to sell the land during the takeover.

The provocative high-cost legal threat risks the community losing the land it campaigned for a over a decade to purchase.

Community spirit is powering politics in Lewis and Harris

John Randall, outgoing vice chair of the Pairc Trust which now runs the estate for the community, warned: “Our view is that he [Lomas] can only claim for actions he was required to take, and that cuts out much of his claim. The issue is in the hands of the lawyers and we are in contact with the Scottish Government.

“But we don’t have the funds to meet his claim and if it was successful and we did not get any help we would have to consider all options, including in the last resort having to sell.”

Lomas, who was an absentee landowner, inherited the vast estate, which has suffered from a dramatic population decline from 4,000 to 400 over the past century. The Warwickshire-based accountant has not yet commented on the development.

The Pairc Trust is one of many community groups to have bought landed estates from private owners over the past twenty years. The total land in community ownership is now over 500,000 acres, and the Scottish Government aims to surpass one million acres by 2020.

A previous Lomas legal challenge was thrown out by Scottish courts.