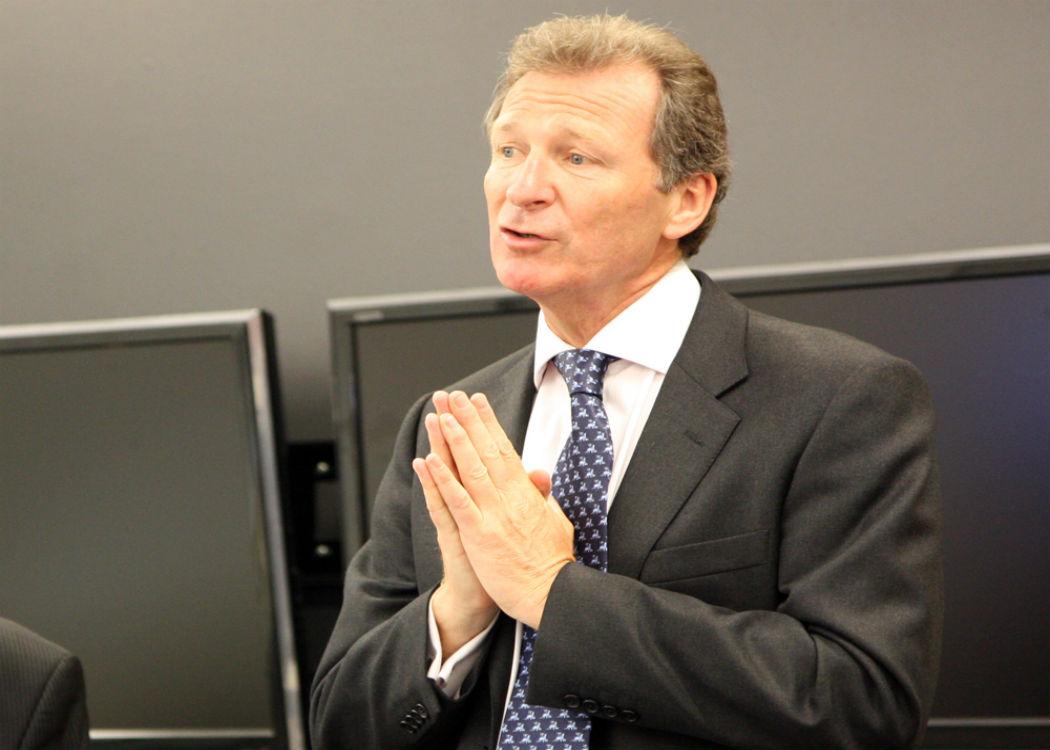 SIR Gus O’Donnell, a former top civil servant at Westminster, has said that commanding a majority in parliament is the only issue that matters, in an indirect rebuke of David Cameron’s attempts to paint a Labour-SNP arrangement as a “con trick”.

Polls show that Labour could have enough seats to govern after the General Election with the support of the SNP, even if the Tories are the largest party in Westminster.

However, the prime minister has tried to paint such an outcome as illegitimate, and strong rumours have circulated in the media that he would declare himself the winner if the Tories were the largest party, even if he couldn’t command a majority in the House of Commons.

“I think it is a con trick because Ed Miliband is saying I’m not going to do a deal with the SNP, I won’t have an agreement with the SNP,” Cameron said on BBC Radio 4 on Wednesday. “But actually he knows the only way he can become prime minister is with the backing of SNP MPs.”

O’Donnell, who served as Cabinet Secretary from 2005-2011, said on the same programme earlier that the ability to command the confidence of the house was the key issue in the British electoral system.

“We live in a parliamentary democracy,” he said. “The rules are very clear and they are laid out in the cabinet manual, and it says the ability of government to command the confidence of the elected House of Commons is central to its authority to govern.”

O’Donnell said that it would be within Cameron’s right if the Tories were the largest party to stay in number 10 and put a Queen’s Speech to the vote, but questioned why he would want to do that if it was clear he couldn’t command a majority.

“There would be questions as to why do that. It would be a political judgment on his part to decide whether that would be the right thing to do,” he said.

The Prime Minister appeared to dismiss O’Donnell’s position that commanding a majority was the key issue for leading a UK government, stating in response: “Why is that a problem, why does that raise huge questions of credibility? Well for the obvious reason that the SNP don’t want Britain to be a success, indeed they don’t want Britain to exist. [SNP voters] have every right to vote, of course they do. But I’ve also got every right to warn of the dangers of a government propped up by a bunch of nationalists who don’t want our country to succeed.”

It is possible that both Labour and the Tories could seek to form a coalition or a confidence and supply deal with the Lib Dems even if a Tory-Lib Dem or Labour-Lib Dem combination was not sufficient to reach a majority in the House of Commons.

Lib Dem leader Nick Clegg said on Wednesday morning that it would not be preferable to do a deal with a party if it didn’t add up to a majority in the House of Commons, but did not rule out the possibility entirely.

Clegg said: “I have certainly made it quite clear that I am not going to enter into any pacts, deals or arrangements which would in practice mean that a government is on a life support system which can be switched off by Nigel Farage or Alex Salmond, so there you have your answer.”

However, pushed on whether that meant he was ruling out such a deal, he answered: “I’m not going to start dramatically ruling out other permutations, but I have to say I think the most desirable one is clearly a coalition government which can govern and get its business through the House of Commons, that’s stating the bleeding obvious.”

Polls open for the UK General Election on Thursday 7 May at 7am and close at 10pm.