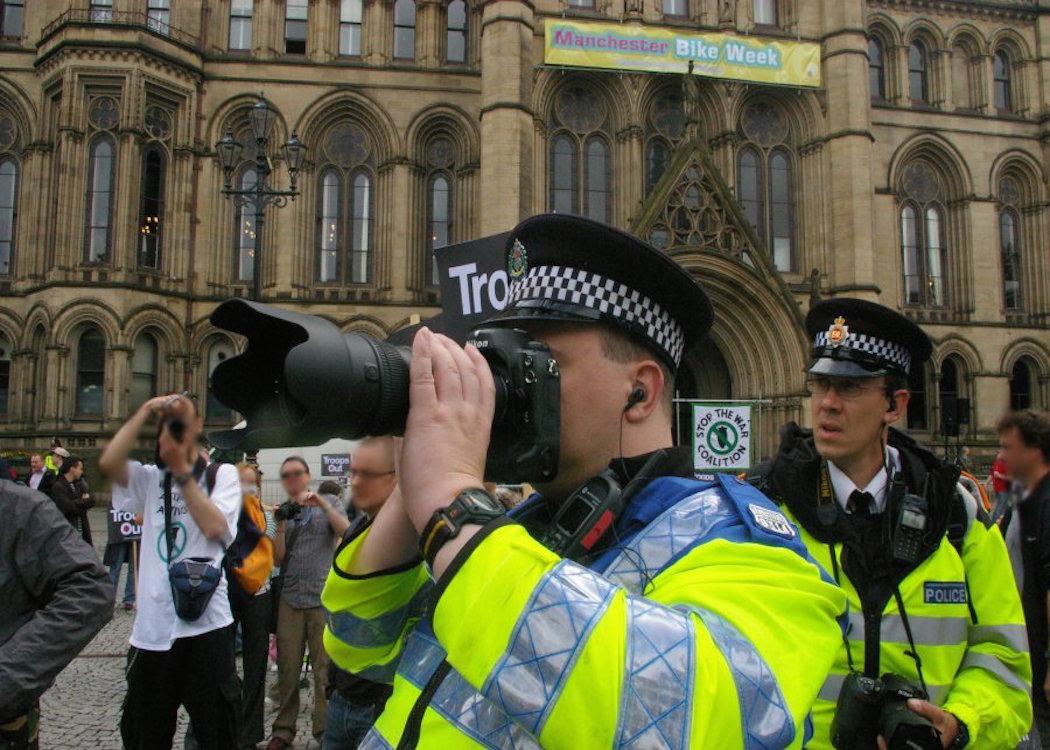 THE new head of Police Scotland, Phil Gormley, was sworn in at the force’s Tullialan Castle in Fife on Tuesday morning, but he faces calls to answer questions over his role in the undercover policing saga.

On Sunday (3 January) the Sunday Herald reported that Gormley’s 30-year police career included a stint as head of Special Branch in the Metropolitan Police – the department responsible for the Special Demonstration Squad (SDS) unit notorious for undercover spy tactics.

SDS officers were revealed to have spied on protest groups for decades, and some formed sexual relaitonships with female activsts. Seven of the women have since received apologies and payouts from Scotland Yard.

An investigation into undercover policing has been launched, led by Lord Justice Pitchford – but it will only cover England and Wales. MSPs have been calling for the inquiry to be extended to cover Scotland, amid concerns that undercover officers were deployed during the G8 protests in Gleneagles. Justice secretary Michael Matheson wrote to Theresa May requesting such an extension on 19 December 2014.

The allegations that Gormley had responsiblity for the SDS unit, now under investigation, will not be welcome, coming as the former commander takes up his new role as chief constable north of the border.

At his swearing-in ceremony in Fife, Gormley said: “Over the next weeks and months, I will be talking and listening to not only Police Scotland officers and staff but also our partners to help inform how we respond to the challenges the service faces.”

Asked for comment, MSP Neil Findlay, who has been campaigning on issues around undercover policing, said: “If it’s true that the new chief constable headed up Special Branch and had responibily for SDS, then I would expect him to appear before the Pitchford Inquiry to give evidence, and during that session to shed light on the activities of the SDS whilst operating in Scotland.

“I repeat my call that Pitchford [inquiry] must be extended to Scotland; however we also want to find out whether the police in Scotland undertook any similair actiivites.”

Gormley, who has never worked in Scottish police forces, won the race to replace Sir Stephen House as head of Police Scotland in December 2014, beating Neil Richardson and Iain Livingstone.

The single force faced a series of controversies during House’s reign, including the deaths of Lamara Bell and John Yuill in the M9 crash; the death in custody of Fife man Sheku Bayoh, and such extensive use of stop-and-search powers that the United Nations human rights advisers said it threatened to breach international law .

McInnes added: “I have sought an early meeting with him to discuss how he plans to ensure officers and staff get the support they need to do their jobs well and enjoy them but the SPA and Scottish Government must also ensure they provide the resources required. The public’s faith in Police Scotland must be restored and steps taken right away to get the force back on track.”

A spokesperson for the Metropolitan Police told the Sunday Herald : “At this stage we cannot discuss which officers had an oversight role of the SDS/NPOIU, as this is a piece of work that is ongoing in preparation for the Public Inquiry.”

CommonSpace journalism is completely free from the influence of advertisers and is only possible with your continued support. Please contribute a monthly amount towards our costs . Build the Scotland you want to live in – support our new media.
Image courtesy of Flickr
Common Space
Archive
Share Article: