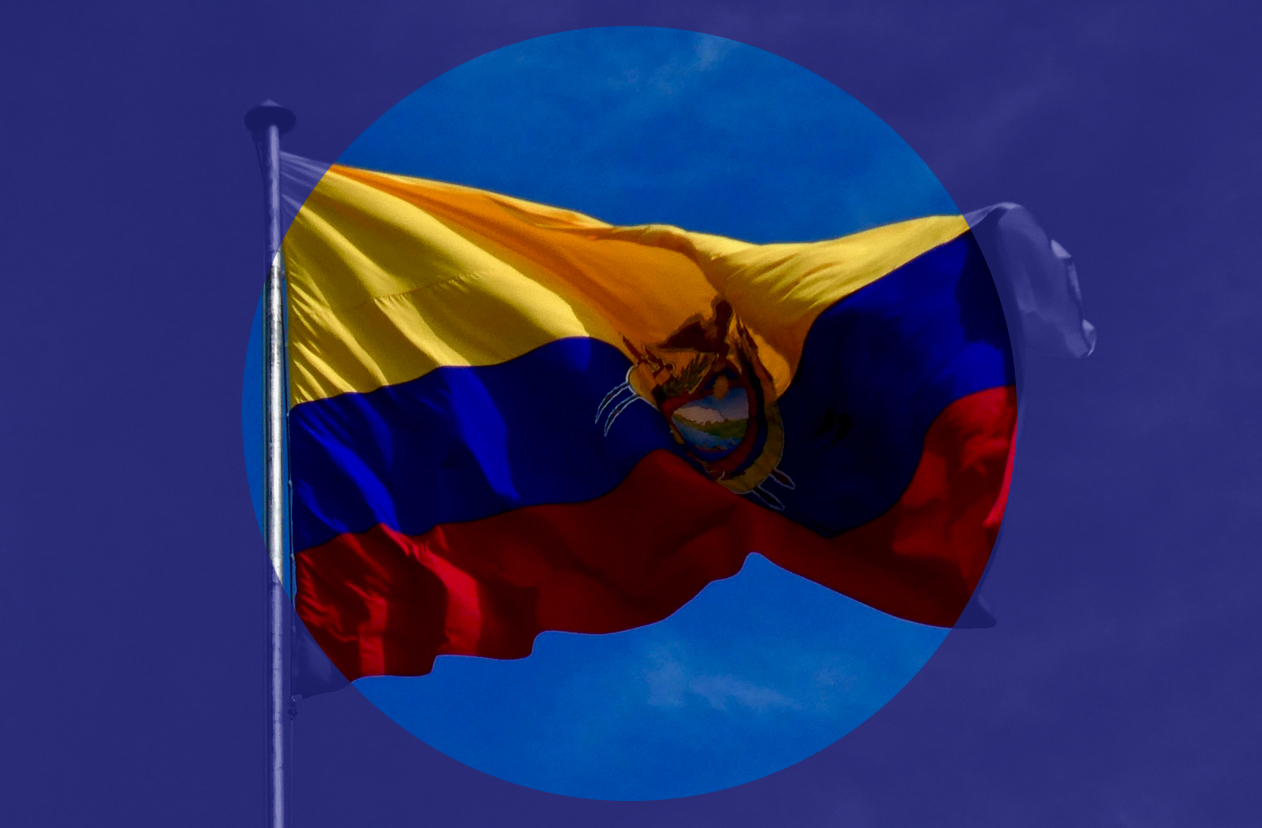 “The scale of the calamity in Ecuador’s largest city, Guayaquil, and the surrounding province of Guayas, began to emerge throughout that last week of March. Videos started circulating of bodies left out in the streets as families complained they couldn’t get anyone to collect them.”

In Wednesday’s Source Direct, Ben Wray reported on both the UK and Scottish Government’s difficulties in delivering comprehensive numbers for Coronavirus deaths, especially in care homes. And he warned that when full figures for excess mortality become available, the authorities will have nowhere to hide. The issue has been at the centre of the Coronavirus crisis in Ecuador, the hardest hit country in Latin America. Iain Bruce has more from the capital, Quito.

At the end of March, a local councillor stood outside the Santa Lucia Public Health Centre, to the north of Guayaquil, and made an appeal. He told the president of Ecuador, and the governor of Guayas province, that they needed to act. It was inexplicable, he said, how the building behind him could be full of sick people, yet there were no doctors or health authorities present, and the family of a woman who had just died had to pick up her body themselves.

The scale of the calamity in Ecuador’s largest city, Guayaquil, and the surrounding province of Guayas, began to emerge throughout that last week of March. Videos started circulating of bodies left out in the streets as families complained they couldn’t get anyone to collect them. They seemed to confirm what many already suspected – that the government’s figures for Covid-19 cases and deaths were utterly unreliable. The official daily report on 1 April gave the total number of deaths from Coronavirus in Guayas province since the beginning of the crisis as 63. This seemed to make no sense if the videos were genuine.

At first the government reacted by accusing teleSUR, Venezuela, and the former, left-leaning president, Rafael Correa, of spreading fake news. As CNN, Al Jazeera and the BBC all began reporting the same story of mayhem in Guayaquil, the government began to backtrack and admit there was a problem.

Things kept getting worse. Nurses protested at Guayaquil’s main children’s hospital, saying they didn’t have proper protective equipment, they were falling sick themselves, and there were no doctors to treat them or the patients. A young woman posted a heart-rending thread on Twitter recounting blow by blow how she had taken her father to hospital, been told he had died, then that he hadn’t, then again that he had, but they couldn’t find the body. She spent another two days being shunted from office to office, before herself combing the hospital’s makeshift morgues – ordinary consulting rooms with no refrigeration, piled with bodies in temperatures of 30 degrees celsius – where she finally found her father’s unmarked, decomposing corpse. There were more videos of long lines of cars, vans and pick-ups carrying coffins outside the city’s cemeteries. Ecuador’s main Indigenous movement, Conaie, reported that Indigenous migrants in Guayaquil had been burying their dead in their back yards, as they didn’t trust the health or funeral services.

But it was only on 16 April that Jorge Wated, a banker appointed by the government to lead a task force set up to tackle the backlog of burials, announced that a cross reference of numbers from the Civil Registry of deaths and from cemeteries showed that 6,703 people had died in Guayas in the first two weeks of April, compared with a usual monthly average of about 2,000. In other words there had been an excess mortality of about 5,700 in that province in just the first half of April, while on 18 April the official coronavirus death toll for Guayas for the whole period of the crisis remained just 207, and for the whole country it stood at only 456.

So in Guayas the excess mortality numbers suggested a death toll something like 40 times higher than the officially recorded numbers.

Of course, that doesn’t mean that all of those people died as a result of contracting Covid-19. An unknown proportion of them are likely to have died of other causes, which did not get the treatment they might normally expect, because of the coronavirus crisis.

This reflects several things. Firstly a dramatic lack of capacity to carry out tests, both to identify those who are ill with Covid-19, and those who have died of it. Secondly, a spectacular collapse of health services, which in Ecuador had already been gravely undermined by three years of public spending cuts, layoffs and privatization moves, all linked to the country’s debt crisis and aggravated by the terms of its 4.2 billion dollar bailout deal with the IMF. Readers may remember that fuel price increases linked to that IMF deal were the trigger for last October’s semi-insurrection, led by the Indigenous movement. In Guayas, the collapse of hospital services was compounded by a collapse of undertakers’, mortuary and cemetery services. So while it is reasonable to attribute almost all the excess mortality figures to the Coronavirus crisis in general, it will never be known exactly what proportion actually died of Covid-19.

This experience in Ecuador may have lessons for similar situations we have begun to see in other parts of Latin America and the global South.

Recent videos from Manaus, a city of about 2 million in the Brazilian Amazon (just a bit smaller than Guayaquil), of bodies being piled into mass graves, suggest a similar collapse of capacity to cope, and a likely huge disparity between official numbers and what people experience on the ground. And that as even the official death toll in Brazil has now exceeded that in China.

In England or Scotland, we can hope the disparities, and their causes, will remain less dramatic, even while the simple scale of death will not. But some of the same factors may well be at play.

Iain Bruce is the former Head of News at teleSUR English, a multi-state Latin American news organisation based in Venezuela and Ecuador.