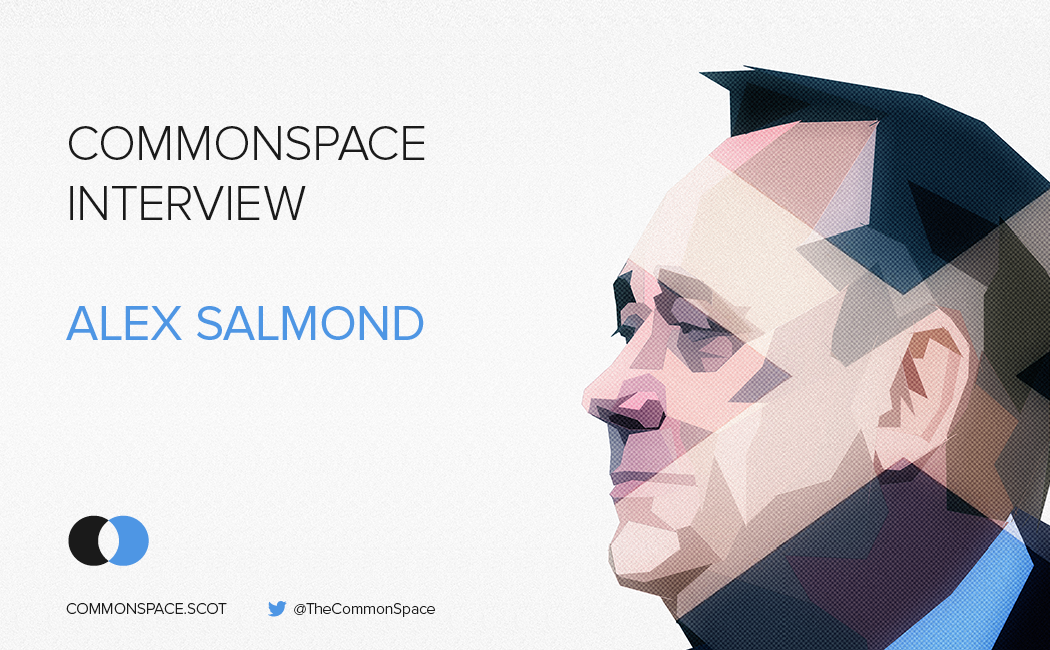 Currency argument could have been clearer and case can be improved, says Salmond

THE ECONOMIC case for independence would be subject to change before any future referendum, according to former first minister Alex Salmond.

Speaking exclusively to CommonSpace, Salmond said that “you’d have to be a fool” to ignore improvements to any economic argument and he conceded that the arguments around the currency could have been presented better during the referendum.

A recent independence referendum survey found that a majority of people under the age of 50 and those on the lowest incomes supported a Yes vote last September. (Click here to read more).

The survey also identified the economy as the most common concern among those who voted against independence.

When asked whether the more controversial parts of the Scottish Government’s economic plan – such as corporation tax cuts and a currency union – would be revisited before any future referendum on independence, Salmond replied: “Of course there is a case for improving the position that you put forward. You’d have to be a fool not to understand that.”

He continued: “I’ve said there are certain differences – if I had the benefit of 20:20 hindsight – that I would make in the presentation of certain aspects, let’s for example take the currency argument.

“Basically, for my presentation of the currency argument I was trying to avoid what did happen in the last week of the campaign… the presentation by the BBC and the written press that the Royal Bank of Scotland and Lloyds were going to evacuate Scotland.”

Salmond said the media implied specific banks would move their headquarters out of Scotland – despite already being registered in London.

Ross McEwan, RBS chief executive, described the issue at the time as “a technical procedure…not an intention to move operations or jobs”.

However, Salmond concedes that perception surrounding the issue was damaging.

During the referendum campaign, those in favour of independence argued that greater control over investment and ‘economic levers’ could improve Scotland’s economic performance and develop a more equal society.

Opponents of independence sought to highlight ‘risks’ of change, and claimed that Scotland’s financial position would be worse off than its position within the United Kingdom.

You can view this extract of the CommonSpace interview with Alex Salmond from around 7:50 in the video interview.

This interview was filmed and edited by Stephen Paton of Left Scotland – click here to find out more about Left Scotland.