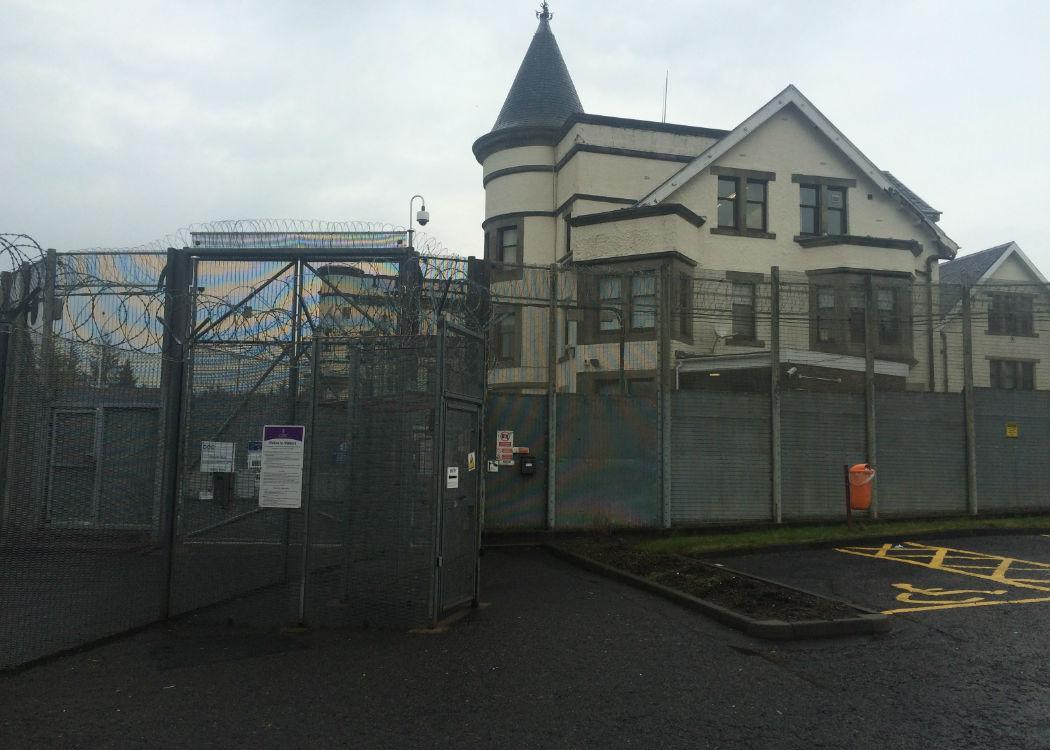 A MAN has attempted suicide at Scotland’s only detention centre, CommonSpace can reveal.
Authorities have confirmed that the man, believed to be a Sri Lankan national, attempted to hang himself on Tuesday 29 September.
The incident took place at Dungavel Immigration Removal Centre (IRC) in South Lanarkshire, which is home to roughly 200 detainees, the majority of whom are asylum seekers.
One detainee, Shanvi (not real name), who witnessed the suicide attempt told CommonSpace that it caused panic inside the centre as fellow detainees intervened to save the man.
“We were at dinner then everyone began running back to the dorms,” he said. “He was unconscious when we saved him. Then the medical team arrived and looked after him.”
Dungavel detention centre is run by US private security giant GEO group which also runs parts of Guantanamo Bay.
A GEO source confirmed to CommonSpace that the suicide attempt took place and required guards to intervene.
The Home Office also confirmed that a man was seen by healthcare staff on Tuesday evening.
The institute for race relations has documented 22 deaths that have taken place in immigration removal centres that have taken place since 1989.
Shanvi, who has been held for five months, said that there is a feeling of hopelessness for detainees held in Dungavel.
“The atmosphere inside is awful,” he said. “It feels like a prison. All the time negative it is negative. There is no hope.”
Kate Alexander, director of the independent charity Scottish Detainee Visitors, which organises visits to Dungavel on a regular basis, said reports of suicide attempts were “extremely distressing”.
“Scottish Detainee Visitors visit people in Dungavel every week and know the terrible impact detention can have on the mental health of the people who experience it,” Alexander told CommonSpace.
“The UK is the only country in Europe that has no time-limit on immigration detention and our visitors visit people who have been held in Dungavel for many months and even years.
“We see healthy people deteriorate before our eyes under the stress of incarceration without trial and without time limit.
“It’s why we support the call by a cross-party group of MPs for the introduction of a time limit of 28 days and the greater use of alternatives to detention. This is the very least that must happen to address the devastating harm detention causes and prevent cases like these from happening again.”
Latest figures show that a quarter of Dungavel detainees have been held for more than three months and in some cases more than a year. The UK is currently the only country in the EU which does not have a time limit for detention cases.
Earlier this year there was heightened attention on the centre following news of detainees embarking on a series of hunger strikes to protest their detention, a story reported exclusively on CommonSpace .
Following the reports, the STUC and other civil society groups asked for access to Dungavel to meet with detainees, however this request was denied by the Home Office.
Meanwhile, a report by the UK’s chief prison inspector found that some individuals who may have been victims of rape and torture were being detained in Dungavel in contravention of rules designed to protect vulnerable people from detention.
If you have been affected by any of the issues in this article and would like to speak to someone please contact The Samaritans .