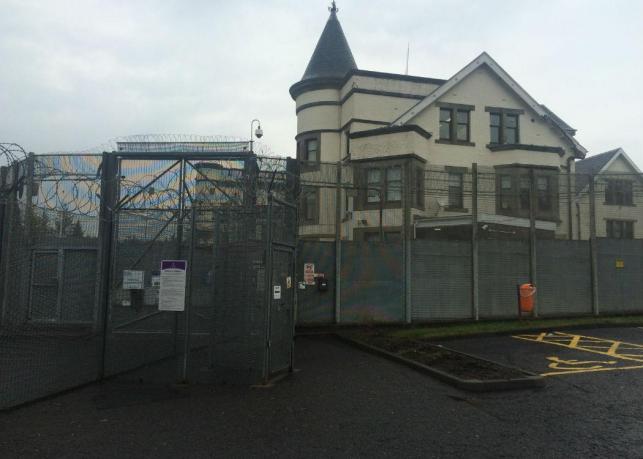 A MAN has been found dead at the controversial Dungavel Detention Centre.

The Chinese national was found dead on Tuesday morning at the centre in Strathaven, South Lanarkshire.

This was confirmed by The Home Office, which said a report would be sent to police. The cause of death remains unclear.

“Police have been informed and a full independent investigation will be conducted by the prisons and probation ombudsman.” Home Office

A Home Office spokesperson told CommonSpace: “We can confirm that a male Chinese national who was detained at Dungavel immigration removal centre was found dead on 19 September 2017.

“Our thoughts are with his loved ones at this very sad time.

“As is the case with any death in detention, the police have been informed and a full independent investigation will be conducted by the Prisons and Probation Ombudsman.”

Behind the Wire: Inside Dungavel, is an award-winning short film about the controversial detention centre

Dungavel has been marred by controversy for a number of years with reported suicide attempts and alleged abuse of detainee’s rights. There has been a long-standing campaign to have the centre shut down, but the Home Office is resisting campaigners’ attempts.

CommonSpace exclusively reported in 2015 that a Sri Lankan national attempted suicide at the centre.

The report highlighted how people detained in the centre felt “no hope” and said reports of suicide attempts were “extremely distressing”.