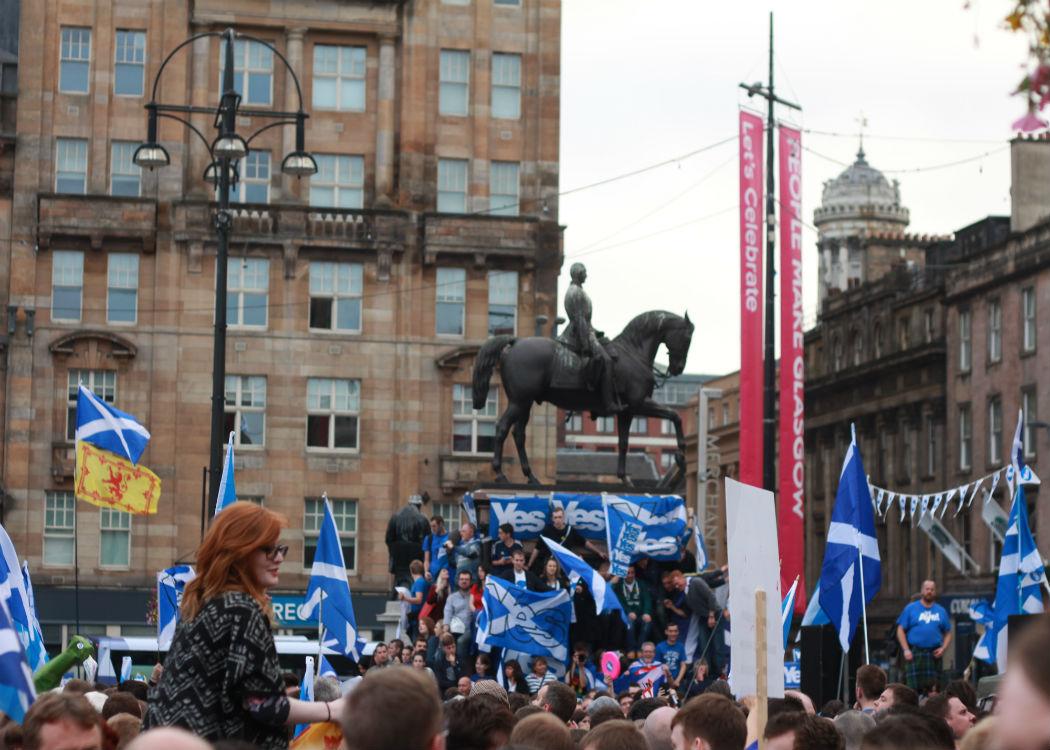 GLASGOW CITY COUNCIL has no powers to prevent a pro-independence rally from taking place in George Square on 19 September, it has emerged.

The news comes amid an escalating row about use of the square ahead of the anniversary of the Scottish independence referendum.

Both nationalists and unionists have been refused official permission to use the space in the centre of Glasgow, but the pro-independence Hope Over Fear campaign group placed an advert on the front page of The National newspaper on Thursday to promote the event despite the council decision.

Now, a council spokesperson has told CommonSpace that denying an application for use of the square has no implications for whether or not people can actually assemble there: “If people wish to assemble in George Square then there is no practical action we can take to stop this.

“The event has not been proscribed.”

The spokesperson told CommonSpace that council’s concern was “a substantial risk of disorder” if two ideologically opposed groups took to the square at the same time.

“Two applications to the use the square were made for same date and following police advice of a substantial risk of disorder if both events went ahead, permission to use for both organisations was declined,” he added.

Hope Over Fear submitted the application to the council in May 2015, and permission was denied to organisers on 11 August.

Another group which lodged its application to use the square about one month after Hope Over Fear’s application of 13 May is understood to be a unionist outfit planning ‘Union Flag Day’ to celebrate the anniversary of the 55 per cent No vote in the Scottish independence referendum.

Hope Over Fear had initially planned the 19 September rally as a celebration of the Yes campaign.

In a press release, organiser Tommy Sheridan said that the rally was an occasion for “standing tall on 19th September and declaring proudly; ‘One Year On – We’re Still YES’ and we refuse to bend the knee to Westminster rule any longer. Freedom will be ours”.

Police Scotland confirmed to CommonSpace that they had made “initial observations regarding the potential issues that could arise” from the two rallies being held on the same day, but said: “The decision on whether or not to grant permission for events within George Square falls to Glasgow City Council.”

Sheridan has said he will take legal action against Glasgow City Council for turning down the application to use the square, but CommonSpace understands that the Council is unaware of any legal proceedings over the matter.

19 September 2015 is also the one year anniversary of violent scenes in George Square when a group unionists descended on a pro-independence rally .