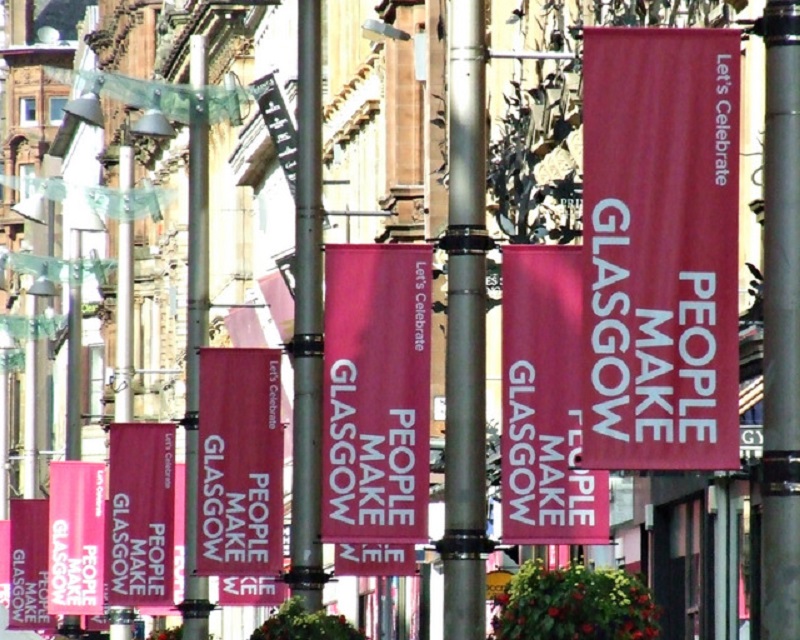 HUNDREDS of Glaswegian asylum seekers face eviction from their homes in a shock move by the housing giant Serco, prompting outrage from Glasgow politicians who have said they will defend their constituents.

The private housing firm Serco, which houses thousands of refugees in Glasgow on behalf of the Home Office, issued notices saying they would this week change the locks and evict up to 300 asylum seekers who have been told they cannot remain in the UK.

The shock move by Serco enraged local officials who said they were given no warning of Serco’s plan, which some fear could prompt a ‘humanitarian disaster’. Politicians from the SNP and Scottish Labour have spoken out to defend their constituents.

Speaking to CommonSpace, the SNP MSP for Glasgow Kelvin, Sandra White, said: “I thought we had gotten over this type of society where it was okay to force people from their homes in these sorts of dawn raids, but it is now raising its ugly head with Serco and the Home Office.”

The MSP said she was writing to the housing firm to “appeal to their humanity” and ask for the decision to be changed: “The big problem here is how the Home Office have dealt with these cases, there is a huge backlog and problems in the system mean many have denied asylum wrongly.

“I will be appealing to Serco’s humanity, but when it comes to the crunch we must defend these people. I’ve done it before and Glasgow will do it again if it has to.

“I don’t promote civil disobedience, and of course we will all work to find a better approach, but if that’s what it comes to then I will be there.

“If we let this happen and hundreds of people are made homeless then we will be just a culpable as Serco and the Home Office.”

Sweeney told CommonSpace: “My office is working to find out if any of my constituents will be affected, and we would be prepared to occupy and stop these evictions.

“It reminds me of that old Mary Barbour slogan, ‘God help the sheriff officer who enters here.’

“We need to take this to the next level and challenge the government’s hostile environment.”

Council officials told CommonSpace that their hands were tied due to strict UK Government laws about what help asylum seekers can receive, meaning local authorities would be unable to offer emergency shelter.

Explaining how Glasgow City Council were “blindsided” by Serco’s announcement, councilor Jennifer Layden, convenor for equalities and human right said: “We have been completely blind-sided by this sudden announcement which will potentially leave many people destitute in the city.

“It is clear from their correspondence that Serco plans to start this policy without proper consultation or engagement.

“The council is legally prevented from providing accommodation for people with No Leave to Remain and No Recourse to Public Funds. And the city’s voluntary sector is completely unprepared for a sudden surge in people needing accommodation. This is an appalling situation for all affected.

“Working within the required legal constraints, I previously met Serco to discuss a new pathway for the most vulnerable people whom the Home Office have ruled have No Leave to Remain, such as those with disabilities or chronic health conditions. This would allow access to health services and limited social work support, but we are only able to do that for a very small number of people who are the most vulnerable.

“During this meeting, there was no mention by Serco of lock changes and I’m deeply disappointed that they have chosen to take this approach while we were having constructive discussions in other areas.”

CommonSpace contacted Serco, but after a comment was requested a representative of the company ended the call. In an earlier statement, Serco director Jenni Halliday said: “We’ve been providing housing free of charge to over 300 former asylum seekers who no longer have the right to stay in the UK.

“Each of these former asylum seekers has been refused the right to stay in the UK by the Government and the Home Office does not fund Serco to provide them with accommodation.

“While we’re sympathetic to their plight, we believe we have been more than supportive of these individuals by providing them with an additional period of housing in which to make alternative arrangements but we cannot continue to provide free housing indefinitely. We have therefore started legal proceedings to repossess our properties.”

The Scottish Government said that it would continue its appeals to the UK Government to make the asylum system more humane.

A protest to oppose the evictions has been organised in Glasgow at 6 pm on Tuesday 31 July.