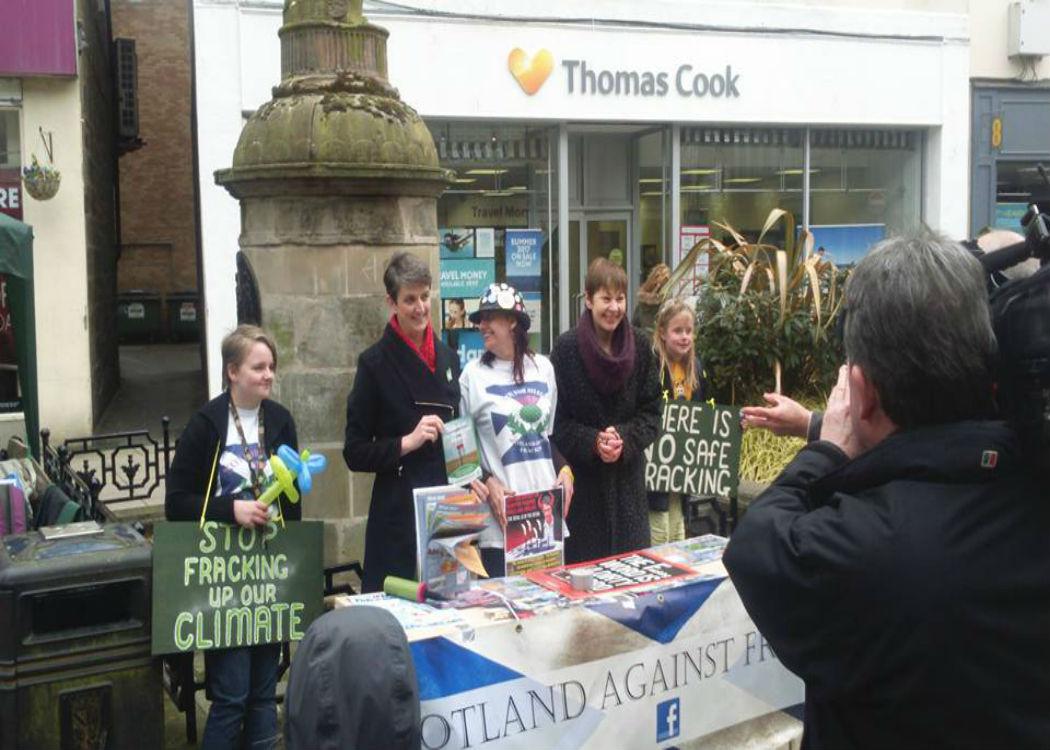 THE CO-CONVENOR of the Scottish Greens Maggie Chapman has said she doesn’t think there is any “appetite” for a Green and SNP government coalition in the next Scottish Parliament.

Speaking in the wake of the 2016 Scottish election which has seen the SNP secure an historic third term in government but no overall majority in the Scottish Parliament, and the Greens increase in seats from two to six, she said that “significant differences” made a coalition infeasible.

Speaking to CommonSpace about the prospects of a coalition Chapman said: “I don’t see any appetite for a coalition.

“There are things where we do agree with the SNP of course we will work with them.

“But there are significant differences. We are categorical in our opposition to fracking. We are very clear we want to use the full range of powers coming to Scotland to tackle inequality. We haven’t seen that kind of radical agenda presented by the SNP.”

A full SNP-Green coalition would include representation for both parties in the national government, as happened with the Tories and Liberal Democrats from 2010-2015. Several alternatives are possible, including a broad agreement on policy preferences between the two parties or simply support on a case by case basis.

“We are categorical in our opposition to fracking, we are very clear we want to use the full range of powers coming to Scotland to tackle inequality. We haven’t seen that kind of radical agenda presented by the SNP.”

The leftist Green leader failed to gain her seat in the North East region, as the party fell a little short of its hoped-for surge of between eight and 12 seats, which some opinion polls had predicted. However, the party did gain two seats in Lothian – including the election of respected land reform campaigner Andy Wightman.

The SNP performed well in constituencies but failed to win any seats in six of eight regions, falling just two seats short of an overall majority that it secured in 2011.

Chapman told CommonSpace that the situation of a minority SNP administration with a stronger Green contingent meant there were opportunities for a “new politics” in the next term.

She said: “A minority administration is always a very different type of government. It gives us the opportunity to do something really quite special with this term.

“Having an SNP minority government, we can begin to build a new politics. A politics that isn’t about one-up-man-ship, but building support across communities.”

Chapman said this would be necessary to resist further austerity measures from the UK Government, of which “the worst is still to come”.

The SNP will have to decide in short order who it wants to partner with in the early stages of the new parliament, as Nicola Sturgeon will require a majority vote from parliament to be installed as first minister.

The party ran a minority administration between 2007 and 2011 when it relied on a variety of party political coalitions to negotiate budget settlements and win votes in parliament.