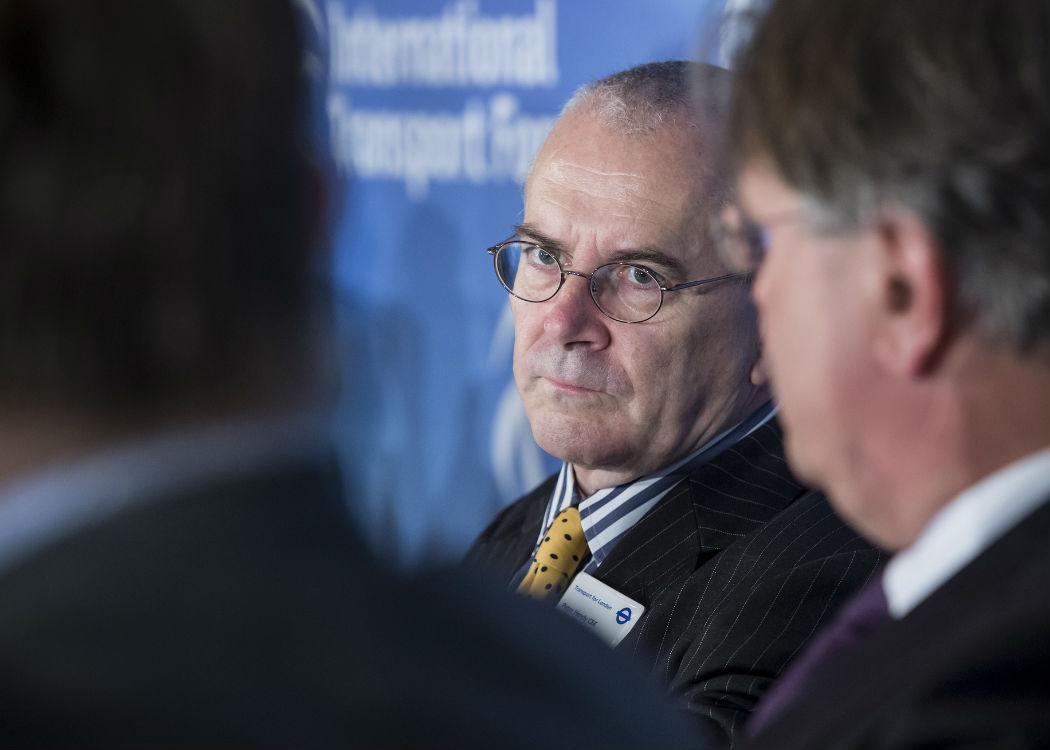 Sir Peter Hendy, Commissioner of Transport for London (TfL), was one of the attendees at the Transport Golf Society (TGS) gender-exclusive dinner in December which boasts that it features women musicians in “exciting tight dresses”.

Earlier this month Edinburgh City Council-owned Lothian Buses banned their directors from attending the society due to its discriminatory nature.

“I’ve reviewed this with the team and can confirm that no one from Lothian Buses will attend in future years.”

Hendy was a guest of Scottish-based bus company Alexander Dennis. The Lothian Bus directors were guests of Volvo buses.

Video footage from past TGS dinners shows an assortment of directors at the event where the only females there are entertaining or serving.

Men-only societies and golf clubs are under pressure to change their rules with the Royal and Ancient Golf Club in St Andrews the latest to open up to allow female members.

“I think the people of London will be furious and we would like to know what Boris Johnson thinks about this.”

“St Andrews has finally opened its doors to women and perhaps the TGS should take a lesson from that.

“It is indefensible that these events still take place and I can’t believe it’s happening in this century.” said Muir.

On its website, the London-based TGS says that its dinner is “for gentlemen only” and is “rated as one of the best sporting dinners of the year”.

It continues: “With a great speaker, lusty carol singing, Land of Hope and Glory led by our wonderful sopranos, a glamorous string quartet playing exciting music in even more exciting tight dresses, a troupe of Can Can dancers and all all within a truly fun atmosphere.”

When asked whether he thought that excluding women was appropriate, Malcolm Allen, secretary for the TGS, told CommonSpace that it was “a mountain out of a molehill” and that a woman once attended their society.

“This is a mountain out of a molehill. We had a women attend our annual dinner once.”

“We’re always making changes and we’re not a load of old fogeys. We had a woman attend our annual dinner once. Most of us are married, we all have daughters so we’re not sexist. It’s a load nonsense.”

“We’ve been going 80 years and we’ve never had a woman apply to join us.”

Allen claimed that a woman’s application to join would be “considered”, however the website for the society quite clearly states that “membership will be open to gentlemen associated with the transport industry”.

Transport for London boss Sir Peter Hendy is one of
Britain’s highest paid public-sector workers with a package worth up to PS650,000. TfL is a local government body responsible for most aspects of the transport system in Greater London.

A TfL spokesperson confirmed his attendance to CommonSpace:

“Sir Peter Hendy attended the event as a guest of the bus company, Alexander Dennis. This was publicly declared in accordance with TfL policy.”

CommonSpace contacted the Mayor of London’s office but he refused to comment.