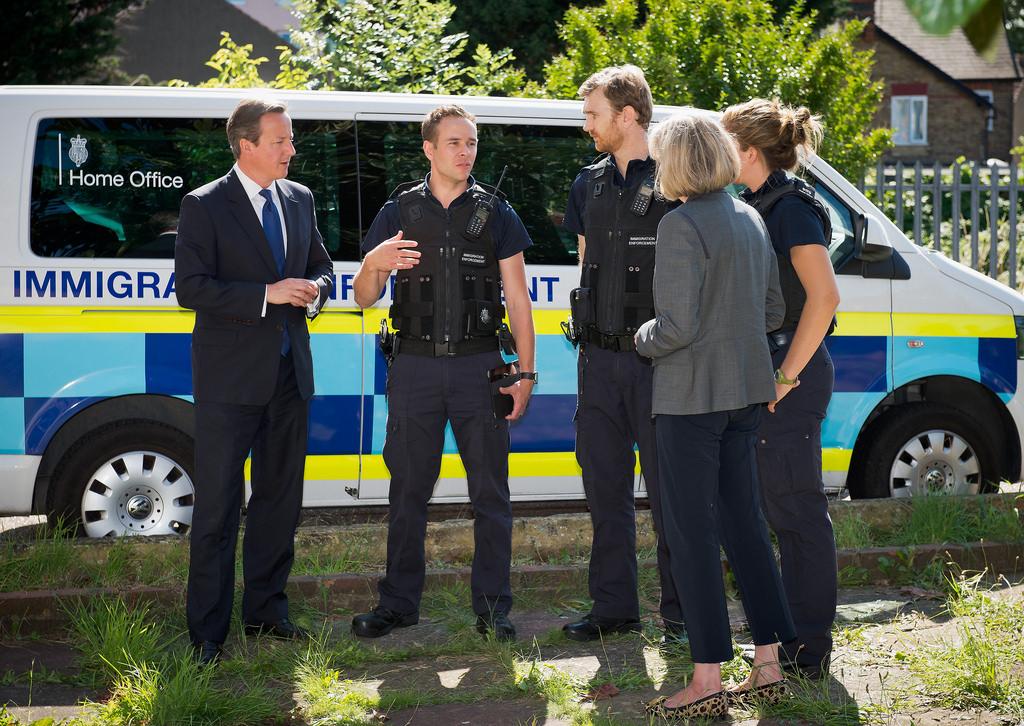 THE HOME OFFICE has been condemned as “inhumane” after it was reported to have had carried out an early morning raid on a family of asylum seekers in Glasgow.

CommonSpace understands that around 20 UK Border Agency officials turned up at the house of a family in Easterhouse on Thursday morning [28 May] and forced them into immigration removal vans.

The family has been split up with the mother and three young children having been swiftly deported to Africa, while the father remains in the UK.

A Scottish Government statement said that it “believes asylum seekers and refugees must be treated humanely and fairly, and with their dignity and rights upheld, at every stage of the asylum process.”

It continued: “This is particularly important in cases where claims are not successful, where people are returned to their countries of origin and where children are involved. We are currently working with the Scottish Refugee Council to clarify the details of this particular case.”

The Home Office did not deny that the dawn raid took place when asked by CommonSpace, stating that it refused to comment on individual cases. Neither did it confirm what its current policy is in relation to dawn raids in Scotland.

Dawn raids on families in Scotland have been less frequent in recent years following criticism and protest at the policy.

Police Scotland said it had not been informed about any new dawn raids.

“Its inhumane and its ad nauseum,” said Qureshi. “We’ve seen this happen again and again and again. In the early 2000s when there were big protests against these dawn raids, it was easier to try and track what was happening and stop the vans from the Home Office leaving.

“But clearly it is still going on, but it is happening in a cowardly shameful way and under the cover they’re sneaking people out.”

“Surely to goodness, its time to kick this reserved to Westminster idea to the kerb and say you will not be carrying out dawn raids on vulnerable families.” Robina Qureshi, Postive Action in Housing

Qureshi has called on the Scottish government to seek to use any increase in powers to attempt to put a stop to the practise.

“I call on the Scottish government to use its considerable influence to actually call a halt to this snatching of children from their bed at dawn. Surely to goodness, its time to kick this reserved to Westminster idea to the kerb and say you will not be carrying out dawn raids on vulnerable families.”

Natalie McGarry, recently elected MP for the Glasgow East constituency where the family lived, said she was “deeply concerned” by the reports and said the SNP would end the practise of dawn raids if it had control over the relevant powers.

“The SNP believes that asylum seekers should be treated with compassion and if we had the powers in our own hands, we would end the inhumane practice of dawn raids.” Natalie McGarry, Glasgow East MP

“I am deeply concerned about reports of a mother and her children allegedly being detained after a dawn raid at their house,” said McGarry. “I will be contacting the Home Office as a matter of priority to investigate the matter. The SNP believes that asylum seekers should be treated with compassion and if we had the powers in our own hands, we would end the inhumane practice of dawn raids.”

In 2005, the Glasgow Girls, a group of seven students at Drumchapel High School made national headlines with their campaign against dawn raids on asylum seekers.

One of the campaigners, Roza Salih, told CommonSpace that she was shocked that raids were still taking place.

“I can’t believe this is still happening,” said Salih. “The treatment of asylum seekers hasn’t changed. Our campaign wanted to end dawn raids and now they are starting again. I’m disappointed in the system, especially for them to be carried out on families with children.

“What have asylum seekers done to be treated this way? They run from persecution from war-torn countries and this is their treatment. They are treated as modern day slaves.”

Meanwhile, an STUC-backed protest against immigration detention is set to take place on Saturday at Dungavel Detention Centre in South Lanarkshire.

Picture by No 10 Downing Street