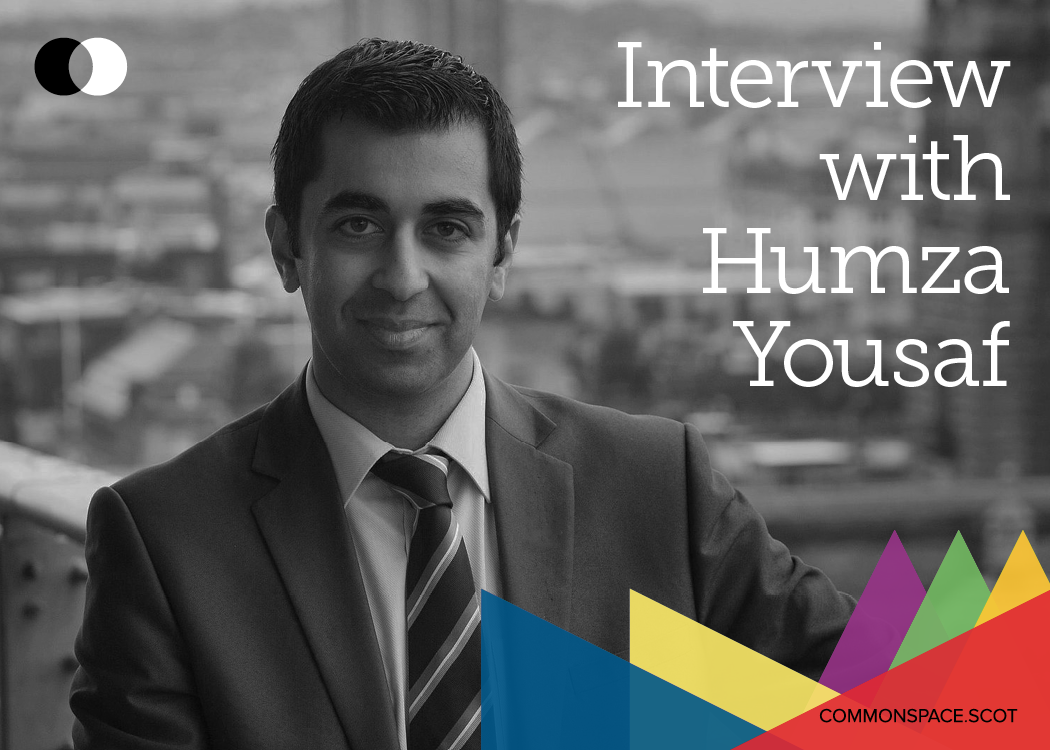 “We’re going to abolish the House of Lords, get rid of the nuclear Trident missile system and change the fundamentals of the way they do politics”

THE ESCALATING rhetoric and warnings about the SNP by some of the UK media and political establishment goes beyond the ‘Project Fear’ of the referendum campaign, according to Humza Yousaf.

In an exclusive interview with CommonSpace, Scotland’s minister for Europe and international development said the ministers in the UK Government were shaken by the potential of the SNP having influence and were becoming increasingly desperate in fear of losing their jobs.

The Conservatives main election tactic has been to warn of the dangers of SNP influence on a potential government and Ed Miliband has responded by seemingly ruling out a deal with the nationalists.

Over the weekend, Home Secretary Theresa May said that a Labour government propped up by the SNP would be the “worst crisis since the abdication”, while newspaper columnists have declared SNP leader Nicola Sturgeon as “the most dangerous women in Britain”.

One tabloid paper even reported a story of Sturgeon cutting off a Barbie doll’s hair as a child as a sign of her “ruthlessness”, leading to the Twitter hashtag #Dollgate.

Yousaf said the recent stories have gone beyond the campaign tactics of Better Together, the unionist campaign in the referendum, whose own staff were reported as referring to it as ‘Project Fear’.

“This is more than Project Fear, it’s Project Fear Plus,” said Yousaf. “This is their jobs on the line. If Scotland became independent, why would Theresa May really care deep down? She would still have had a job, and would still have been home secretary, or possibly even Conservative party leader by now.

“But now her job is on the line. Will she get the whiff of the leather off the ministerial Jaguar again? When that’s under threat, it gets ramped up even more.”

A recent TNS poll showed the SNP has increased its poll lead to 54 per cent, which if replicated in the 7 May General Election could mean that the party wins 57 of the 59 seats available in Scotland.

“This is more than Project Fear, it’s Project Fear Plus. This is their jobs on the line.” Humza Yousaf

Current predictions suggest this will lead the SNP holding the balance of power at Westminster and, in this event, the party hopes to win concessions from a minority Labour government.

Yousaf says that the string of warning stories in the media is evidence that the Westminster establishment is ‘shaken’ but says that the campaign tactics will only lead to more Scots backing the SNP at the election.

“It is silly season, it’s ludicrous beyond belief and pretty insulting,” says Yousaf.

“As an electoral tactic, I can’t understand why certain quarters of the media think it works either. First of all you’re talking about your opponents, which gives us more publicity, which is fine by us.

“But secondly that hyperbolic rhetoric just pushes more people definitely towards the SNP. They’re talking Scotland down about hijacking and ransoming the rest of UK is just ridiculous. So they’re shaken.

“Why are they shaken? Because we’re going to abolish the House of Lords, get rid of the nuclear Trident missile system that they so love and we’re going to change the fundamentals of the way they do politics.

“So of course they’re going to rally the whole establishment. But we’re fine, we’ll stand up against it and I think in the face of it, Scots will show a hell of a lot of defiance.”