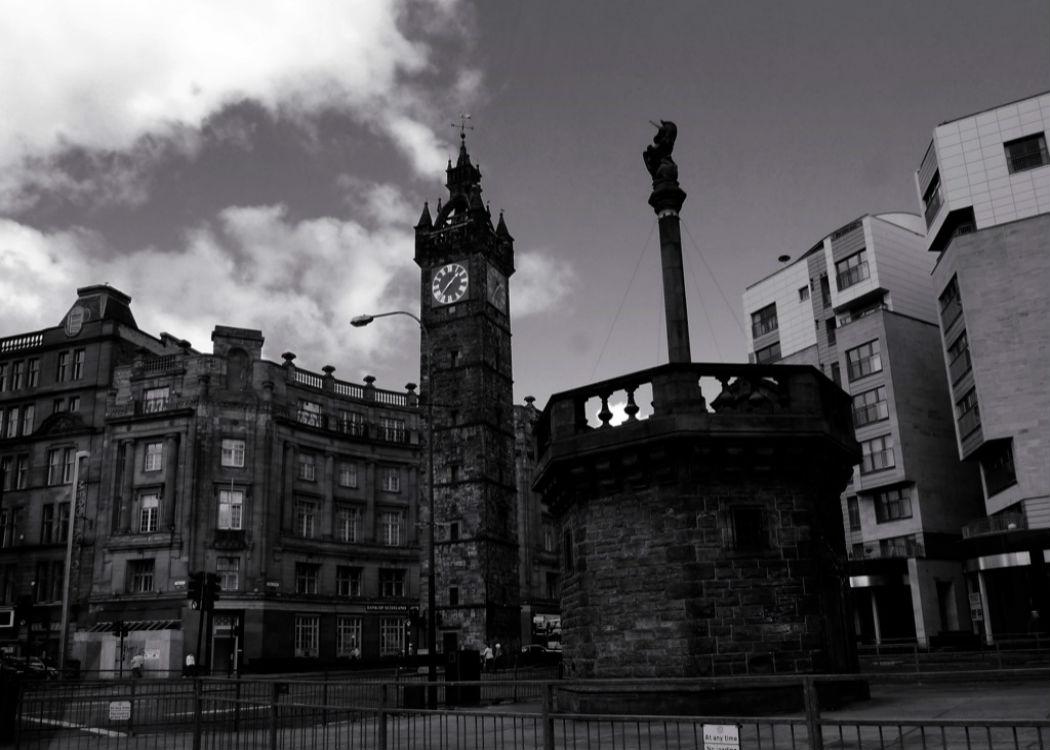 FOOTBALL fans have recorded what they allege is an incident of verbal abuse from a police officer following a Celtic football game.

Young Celtic fans allege that they were stopped on Glasgow’s High Street at 10:45pm on 19 August 2015 following the Celtic vs Malmo game by two Police Scotland officers accompanied by Swedish officers.

In the recording a voice, alleged by the fans to be one of two football intelligence officers who stopped them heading into Glasgow city centre, is heard to say several abusive statements including: “Don’t fuck me about. I will fucking ruin your life. Now get to fuck.”

The fans claim they were merely walking down High Street in a small group when they were stopped by the officers.

One of the young fans, who does not want to be identified, told CommonSpace that he was escorted around a corner from by an officer on High Street before being subjected to the alleged abuse.

The fan said: “I told him I was going for my train. He responded by not letting me leave and ushered me around the corner. Regarding me leaving to go for my train, he said, ‘naw, i’m going to talk to you around the corner’. He became aggressive at this point and told me to ‘not fuck him about’ and that he would ‘ruin my life’ before telling me ‘get to fuck’.”

The fan identified the two officers he says stopped his small group of friends as a mixture of Scottish and Swedish police officers.

He said: “Police in blue bibs together with Swedish police stopped me and three friends on High Street because we were walking in a small group.”

CommonSpace provided a copy of the recording to Police Scotland, but the force declined to comment on the recording or the alleged incident.

Football fans in Scotland say policing has become heavy-handed and intrusive since the introduction of the Scottish Government’s Offensive Behaviour at Football and Threatening Communications (Scotland) Act in 2012. Human rights advocacy group Liberty has expressed concern about the legislation .

Jeanette Findlay, a campaigner speaking on behalf of Fans Against Criminalisation, told CommonSpace: “We have been saying for some considerable time that the Offensive Behaviour Act is poisoning the relationship between the Police Service of Scotland and football fans, especially younger fans.

“This is yet another shocking example, the third in as many weeks, of the atrocious attitude within the police force to young fans and the way they feel they can abuse them and their civil liberties with impunity.”

The recording has emerged after video footage of another incident appeared on the BBC’s Reporting Scotland showing fans being surrounded in the Gallowgate following the Celtic vs Fenerbahce fixture on 1 October 2015. No arrests were made during the incident, nor reasons given at the time for the encirclement.

Following the incident, superintendent Alan Murray of Police Scotland issued a statement saying: “Individuals had been identified by specially trained officers as part of a group that can be termed ‘risk’ supporters, who are known to Police for previously engaging in disorder or Hate Crime'”

The incident is one of a catalogue of high profile disputes between Celtic fans and Police Scotland since March 2013 when several hundred fans were kettled by around 200 hundred officers and 13 arrested in Glasgow’s Gallowgate.

UPDATE: Our article previously stated that the incident happened on 18 September. This was an editorial error which has now been updated with the correct date of 19 August.