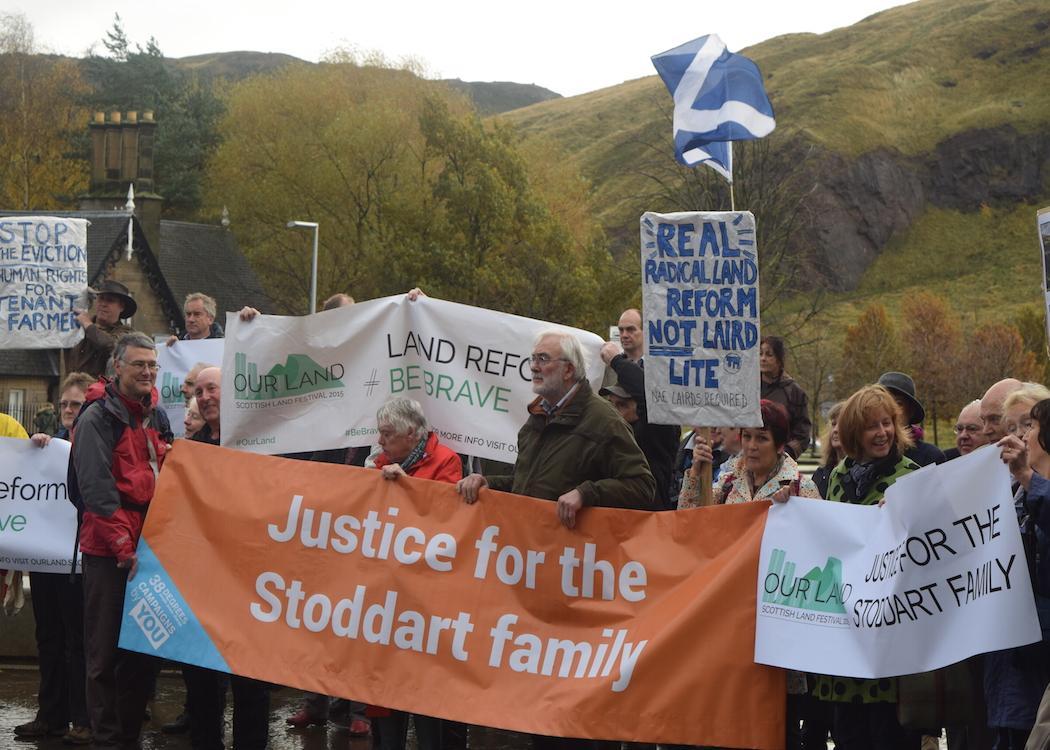 CAMPAIGNERS will gather in Dalkeith Country Park on Saturday 19 March at 1pm for a mass walk to challenge attempts to restrict public access by the country’s largest aristocratic landowner, the Duke of Buccleuch.

Estate managers are attempting to block access to the park unless the public pay an ‘access charge’ to walk or cycle in the park, which may breach the 2003 Land Reform Act .

The protest brings Scotland’s movement for land reform in direct conflict with anti-reform Duke Richard Scott, who owns the park, as part of his ancient 240,000 acre inheritance.

Supporters from all political parties and community organisations are welcome to join the event to strengthen the pro-land reform message, according to organisers.

Stephen Paton, an activist organising the event, said a march will take place with the aim of igniting demands for more radical land reform.

“This is a way to take something that is an abuse of power and make something good from it,” Paton told CommonSpace.

“The land reform issue is something we need to continuously bring attention to and getting cross party support would be important to push this issue.”

Supporters from all political parties and community organisations are welcome to join the event to strength the pro-land reform message, according to organisers.

“Newly politicised since the referendum, Scotland’s people are no longer in the mood to be dictated to by the aristocracy.” Cat Boyd

Lead candidate for socialist coalition Rise in the upcoming Scottish parliamentary elections, Cat Boyd, has also backed a “campaign of protest” to target the estate – which is one of the leading aristocratic families most entrenched in its opposition to land reform.

Boyd told CommonSpace: “Rise condemns the latest moves by the Duke of Buccleuch to restrict the right of the people to access Scotland’s land. As a hereditary Lord and the UK’s largest private landowner, Richard Scott has fought land reform every stage of the way, decrying even the government’s current watered down plans.

“He claims these charges, fences and CCTV are about protecting the land from ‘anti-social behaviour and vandalism’, and yet this is the same man that faced massive protest over his plans to allow fracking on his estates. It’s hard to think of worse vandalism than that.

“Newly politicised since the referendum, Scotland’s people are no longer in the mood to be dictated to by the aristocracy. Rise sees the charges on Dalkeith Country Park as yet another way of restricting access and excluding people, which is of questionable legality under existing land laws.

“We suggest that if the Duke will insist on excluding people in this way he should face a campaign of protest by those who will not recognise his right to keep them from land that belongs to us all. We will not allow men like Richard Scott to exclude us, or to destroy the land with fracking. Rise MSP’s will ensure that the next parliament faces renewed demand for far more radical land reform.”

Local SNP Colin Beattie MSP has called for the charging decision to be reserved , to avert “resentment” or “hostility”.

The history of Buccleuch estate is mired in the scandal of land grabs from 1500-1800 which formed the feudal-style system of land ownership that remains in Scotland.

“Buccleuch’s decision smacks of feudalism and flies in the face of the spirit of land reform legislation.” Sarah Beattie-Smith

432 interests own 50 per cent of all private land, a more unequal system than any other developed nation in Europe.

More recently the Buccleuch estate faced a community backlash in Canonbie over plans for coal bed methane extraction. Its tax affairs have also been criticised.

South of Scotland Green Party candidate Sarah Beattie-Smith, who is campaigning in the region that includes Buccleuch’s 90,000 acre Queensberry estate, the 61,000 acre Bowhill estate and the 75,000 acre Eskdale and Liddesdale estate, also condemned the Buccleuch estate.

Beattie-Smith told CommonSpace: “This is a cynical move by one of Scotland’s richest people and the UK’s biggest landowner. Regardless of the legal basis, Buccleuch’s decision smacks of feudalism and flies in the face of the spirit of land reform legislation. As Greens, we will continue to push to unlock the power in our communities and significantly strengthen the laws around land ownership and use.”

Campaigners consider the protest a significant moment to challenge unequal land ownership in Scotland a month and a half before Scotland elects a new parliament.