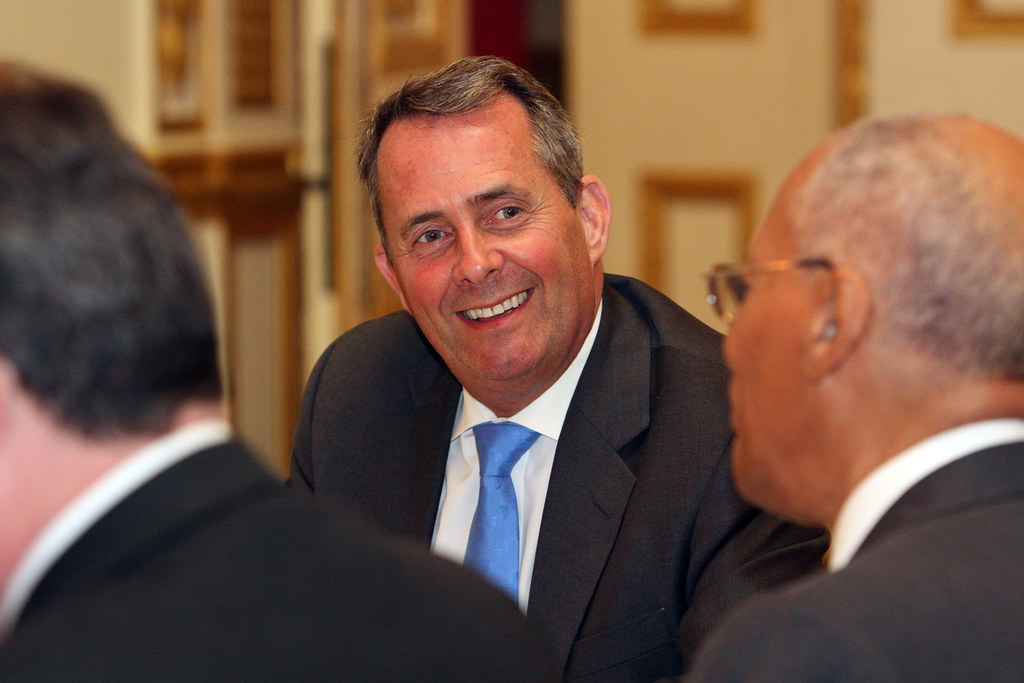 The Department for International Trade (DIT), set up in July 2016 following the vote for Brexit in the June referendum, has also had minimal contact with Scottish civil society and Scottish small and medium sized enterprises (SMEs).

New research by trade justice campaigners Global Justice Now has found that for the first two years of the DIT’s operation, between July 2016 and June 2018 – for which period DIT has made a record of its ‘encounters’ public – the Scottish Government has had only four one-to-one meetings with trade ministers, only six meetings with Scottish SMEs and only one meeting with a Scottish civil society body as part of a meeting with other parties.

A single luxury yacht manufacturer, Sunseeker International, has had the same number of meetings as the Scottish Government, which represents close to five and a half million British citizens.

The campaigners say the figures expose the interests of the government in the Brexit process, as well as the lack of interest in Scotland’s economy and society.

Speaking to CommonSpace, Liz Murray, head of Scottish Campaigns at Global Justice Now, said: “Our research shows clearly that big business has the ear of the UK Government almost entirely when it comes to post Brexit trade deals and that Scottish government ministers, civil society and small and medium sized businesses are just not being heard.

“This illustrates what the priorities of the UK Government are and it highlights the urgent need to ensure that there is a mandatory process for all trade deals that gives Scotland, and the other devolved nations, a formal say. Without a democratic parliamentary process to allow proper scrutiny of future trade deals, then the needs and concerns of Scottish society will struggle to be heard.” 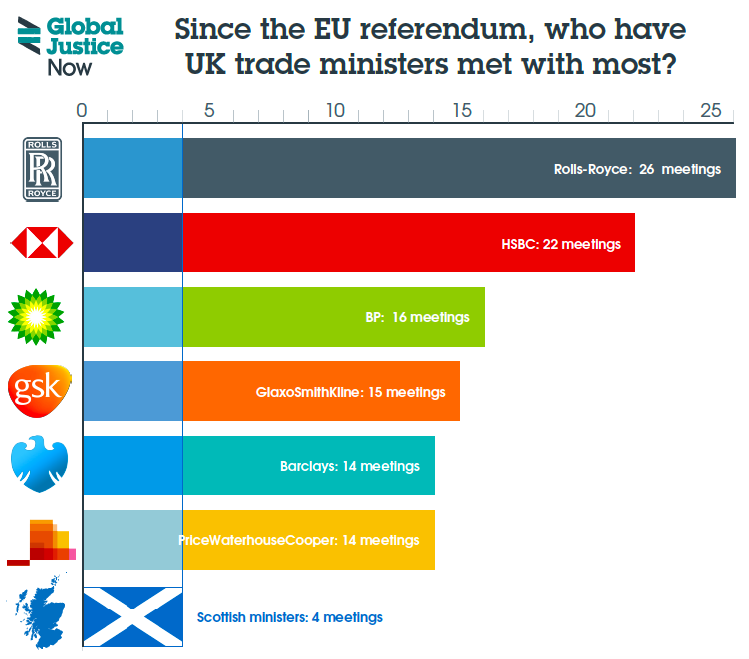 The DIT was set up in 2016 to pursue what minister Liam Fox claimed would be a trade windfall from Brexit, as the Conservative government wanted to benefit from a new capacity for international trade once out of EU trade structures such as the Customs Union and Single Market.

However after three years of Brexit turmoil the UK is still in the EU, with no decision made on its future relationship to the institutions and with little progress made in securing a new global trading position that can match the EU’s 40 major global trade agreements.

The Scottish Government has consistently complained of a lack of co-operation and communication from UK Government departments during the Brexit process. 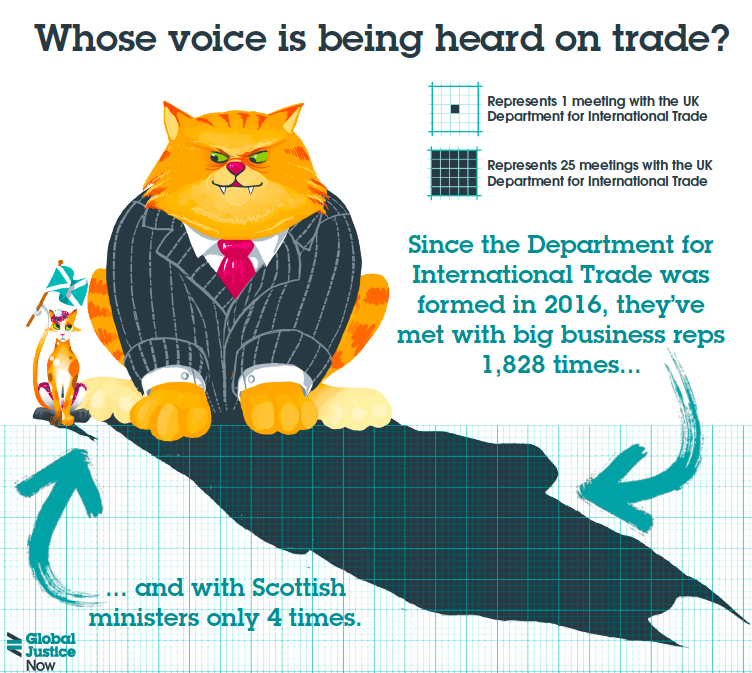 “Last August we published a discussion paper which made the case for a guaranteed role for the Scottish Government and Parliament in all stages of the formulation, negotiation, agreement and implementation of future trade deals to protect Scotland’s interests and priorities.

“This approach, which was endorsed by Parliament, calls for a more transparent trade policy, which would benefit all nations of the UK and provide reassurance to future negotiating partners that agreements will endure. We continue to press the UK Government on this issue, which is now even more important as the uncertainty caused by Brexit continues.”

Analysis: With the capitulation of Boris and Rees-Mogg, the Tories are on course for their greatest humiliation

Responding to the criticisms, a spokesperson for the DIT said: “The Department for International Trade is working for the whole of the UK and we have delivered on our commitment to reconvene the Board of Trade with a membership specifically charged with ensuring that we increase exports from Scotland, Wales and Northern Ireland, as well as England. Last year our work saw goods exports from Scotland rise by 5.6 oer cent to more than £30.3bn.

“We are committed to working with the Devolved Administrations on an approach to trade negotiations that delivers the best for the UK as a whole. The department welcomes the opportunity to positively engage with businesses, communities and civil society across the entire country as we work together to develop our independent trade policy for the first time in 40 years.”