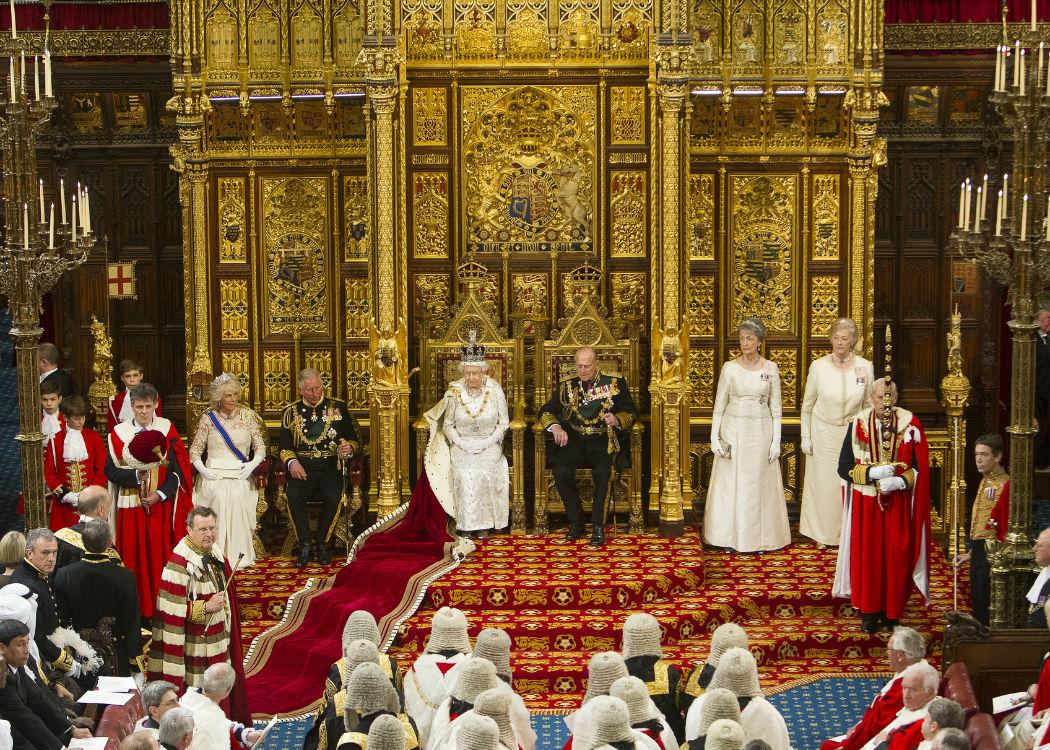 Buckingham Palace source: Queen’s speech without guaranteed majority “would be a gamble. It wouldn’t happen.”

The QUEEN will not travel to Westminster to deliver her speech at the opening of parliament unless a working majority can be guaranteed, CommonSpace can reveal.

The news could be a blow to Ed Miliband, as reports suggested he planned to ‘dare’ the SNP to vote down a minority Labour government without first entering into talks with the nationalists.

Polls have consistently suggested that a hung parliament is expected after the 7 May General Election, so either a coalition or minority government will have to be formed.

When asked if the Queen would deliver the speech if there was no guarantee that a working majority was in place, a senior source at Buckingham Palace told CommonSpace: “It would be a gamble. It wouldn’t happen. It would be very difficult to conceive of the Queen delivering the speech if the prime minister wasn’t sure it could clear the house.

“If the speech’s sole purpose was to test a prime minister’s support then that would involve the Queen in politics and that is not an attractive scenario. That is to be avoided,” the source added.

The Queen’s Speech is scheduled to take place on 27 May, three weeks after the election.

It contains an outline of the government’s policies for the parliamentary session and is the first opportunity for MPs to oppose the formation of a government.

There are 650 seats in the House of Commons so a government will have to count on the backing of at least 326 MPs in order to pass a confidence vote.

According to current election forecasts, Prime Minister David Cameron will struggle to reach that number, with the SNP vowing to vote down any Conservative government.

With the support of the SNP, Labour leader Ed Miliband would be more likely to reach that number, but speaking last night on BBC Question Time, he said: “I am not going to have a Labour government if it means deals or coalitions with the SNP.”

SNP leader Nicola Sturgeon has said that Miliband has allowed his campaign to be “dictated and pushed around by the Tories”.

“His [Miliband’s] extraordinary remarks make it even more important that Scotland unites to elect a big group of MPs to give Scotland a decisive position at Westminster, and lock the Tories out,” said the First Minister.

Picture by UK House of Lords