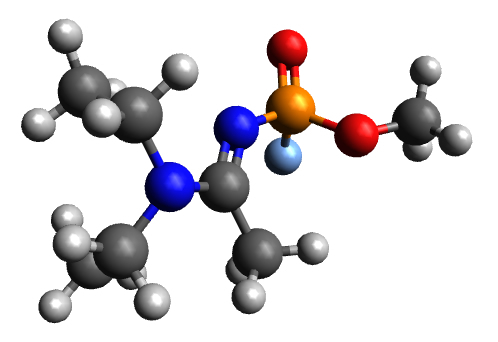 THE Chief Executive of the UK’s Defence Laboratory at Porton Down was wrong when he stated that the Salisbury Novichok poisoning could “probably” only be made by a state actor, a scientist has told CommonSpace.

Commenting on the Novichok nerve agent used to poison Sergei Skripal, a former Russian military intelligence officer and British spy, and his daughter Yulia in Salisbury on 4 March, Professor Stephen Clark, Chair of Organic Chemistry at the University of Glasgow, said: “Compared to something my research group makes, and research groups make all over the country day in day out, Novichok is not complicated.”

The revelation comes after Gark Aitkenhead, the chief executive of the Defence Science and Technology Laboratory (DTSL), which carried out the tests on the substance used in the poisoning, said on Sky News 3 April: “It’s a military-grade nerve agent, which requires extremely sophisticated methods in order to create – something that’s probably only within the capabilities of a state actor”.

Professor Clark, who is also a former vice-president of the organic division of the Royal Society of Chemistry, told CommonSpace that whilst he was not criticising the scientists at DTSL, the chief executive’s statement was “incorrect”.

“A state actor being involved in the Salisbury poisoning is the most likely scenario, but it is quite feasible that a non-state group could have done this so the level of certainty that is implied in Aitkenhead’s comments – he suggests it is almost certainly a state actor – is incorrect, I differ from him on that,” he said.

“A state actor being involved in the Salisbury poisoning is the most likely scenario, but it is quite feasible that a non-state group could have done this.” Professor Stephen Clark

Cult movement Aum Shinrikyo was a non-state actor which perpetrated a chemical attack in 1995 on a Tokyo subway, killing 12 people, and Clark said this example highlighted the need for doubt over who was behind the Salisbury poisoning, as the means of producing Novichok are easier to obtain than those of sarin.

“The starting materials of Novichok would be likely to be easier to obtain because according to the available literature and evidence of defectors, Novichoks were designed to be made from dual use starting materials,” Clark said. “They can be used for other legitimate purposes, such as to make insecticides, which is one of the reasons the Russians developed the program – they could say that they were transporting these materials around for other reasons than military ones.

“If you try to purchase the chemicals which make up sarin a big flag will immediately be raised; you will have to have a license to get those chemicals.

“So it’s wrong to suggest that it is not feasible that non-state actors could have created a Novichok nerve agent if a much harder chemical weapon to obtain – sarin – was used by a non-state actor over 20 years ago.”

Prime Minister Theresa May has stated that the poisoning of the Skripal’s was “highly likely” to have been carried out by the Russian state, while admitting that authorities as yet have not legally proved this.

May has since won the support of international allies in condemning Russia due to there being “no other plausible explanation” of the 3 March attack, which also poisoned and hospitalised investigating police officer Nick Bailey.

Aitkenhead had said that DTSL could not verify the precise source of the novichok, contradicting Boris Johnson, UK Foreign Secretary, who had stated a Porton Down scientist had been “absolutely unequivocal” that the novichok had originated in Russia. Later, Johnson’s Foreign Office were forced to delete a tweet pinning the blame on Moscow. The Porton Down chief executive said that the findings of the lab made up one of four pieces of intelligence the UK Government was basing its claim on.

The Organisation for the Prohibition of Chemical Weapons (OPCW) published the executive summary of its report on 12 April, stating that it supported Porton Down’s analysis of what the chemical substance used in the Salisbury attack was, but did not say whether they thought it was a state or non-state actor who carried out the attack and kept the chemical structure of the poisoning substance in a classified report. The OPCW report added that the chemical “was of high purity” with “almost a complete absence of impurities.”

“Much of what has been written is incorrect.” Professor Stephen Clark

In light of the OPCW findings, the Foreign Secretary re-stated the UK Government’s case that only Russia could have carried out the attack: “There can be no doubt what was used and there remains no alternative explanation about who was responsible – only Russia has the means, motive and record.”

Clark said the OPCW information was “certainly helpful in ruling out some possibilities”, including that the nerve agent was made by non-experts.

“High purity would rule out an agent prepared in situ from less toxic components and would indicate that a well-equipped and skilled synthetic chemist prepared it.

Clark said “containment” would be one of the major challenges for a non-state actor in carrying out a chemical weapons attack. If the nerve agent was not properly contained the attacker would be at risk of poisoning themselves, which is what happened in the 1995 sarin attack.

However, he added, the description of the Novichok nerve agent used in the Salisbury attack suggests it would be easier to contain than sarin.

“If it is less volatile than sarin, as appears likely from the alleged method of delivery, it should be easier to handle,” he said.

Clark also noted that he found it interesting the OPCW did not publish the chemical structure “given that the possibilities are published widely online” and said, in contradiction to the Foreign Secretary, that the report “does not rule out a non-state source, but state involvement remains the likeliest explanation”.

The Glasgow-based professor was also keen to dispel a number of other issues raised around the Salisbury poisoning, including some from those who have doubted the UK Government account.

Asked whether it seems likely that the poison could have been applied to the Skripals’ door handle, as UK officials have claimed, if it subsequently did not take effect until three hours later (the time when the Skripals took ill), Clark said the agent “could probably have been designed with a latent period of three to four hours before it began to take full effect, although it is suspicious that it took so long”.

Asked whether it seems likely that the poison would be applied to a door handle on a day in which it was raining, Clark said it would be possible to design the nerve agent so that “it was not water soluble”.

Clark also said that Russian claims that DTSL must have already had a Novichok sample at their Porton Down facility if they were able to identify the substance were “false”.

“I would be able to tell you exactly what it is based on the sample from the crime scene, without ever having a standard sample for comparson,” he said. “Organic chemists identify complex unknown compounds routinely using spectroscopic methods. It would not be necessary for the scientists to have a standard sample.”

Clark also raised two questions about the response to the poisoning which he believed does not fit with the science.

“There has been media reports stating decontamination could take many months – but there’s no way it could be active after days; weeks at most,” the professor stated. “It also made no sense that nearly a week after the chief medical officer was telling people in the area of Salisbury where the poisoning took place to wash their clothes – if it was Novichok, it would degrade pretty quickly. I don’t know if they do this stuff to be ultra-safe but I think it creates an unnecessary level of fear.”

Clark said he had been left “appalled” by the coverage of the Salisbury poisoning in the media.

“Much of what been written is incorrect,” he said. “So for instance they talk about ‘military-grade’ nerve agent as if it means something – there’s no such thing as a non-military grade nerve agent. It’s like saying a military-grade tank – of course it’s military grade. It is just a way of politicians to make it sound more serious, but I don’t know why journalists do not engage more with the scientific community so that they know this rather than just repeating this stuff.”

David Collum, professor of chemistry and chemical biology, has also raised doubts about UK Government claims over the Salisbury poisoning, responding to a tweet from Craig Murray, former UK diplomat to Uzbekistan and human rights activist, stating: “This nerve agent story has been transparent from the start. Wondering where the rest of the organic chemists have been but, if asked, they would confirm the simplicity of the [compounds] and absurdity of the claims.”

Clark said the reason scientists would be reluctant to talk about the attack was that “they are either afraid of being misquoted or they are afraid that it can hurt them professionally; they’re taking a risk.”

Asked why he has decided to make his views on the issue public, Clark said he “just got fed up with the inaccuracies and wanted put the record straight”.

Clark said he only spoke for himself but knows that “many synthetic chemists would agree with me.”

“it’s a niche subject,“ he added, “but [the science] is well worked out and not that difficult.”

Yulia Skripal was discharged from hospital to a secret secure location earlier this week, but in a statement she said she was still suffering from the effects of the nerve agent. Sergei Skripal remains in hospital but is said to be recovering as well.

The fallout from the Salisbury poisoning has been severe with tit-for-tat expulsions of diplomats between the UK and Russian Government (which denies the allegations), as UK-Russian relations are widely considered to have fallen to their lowest point since the end of the Cold War.

At time of publication the Ministry of Defence had not responded to questions.