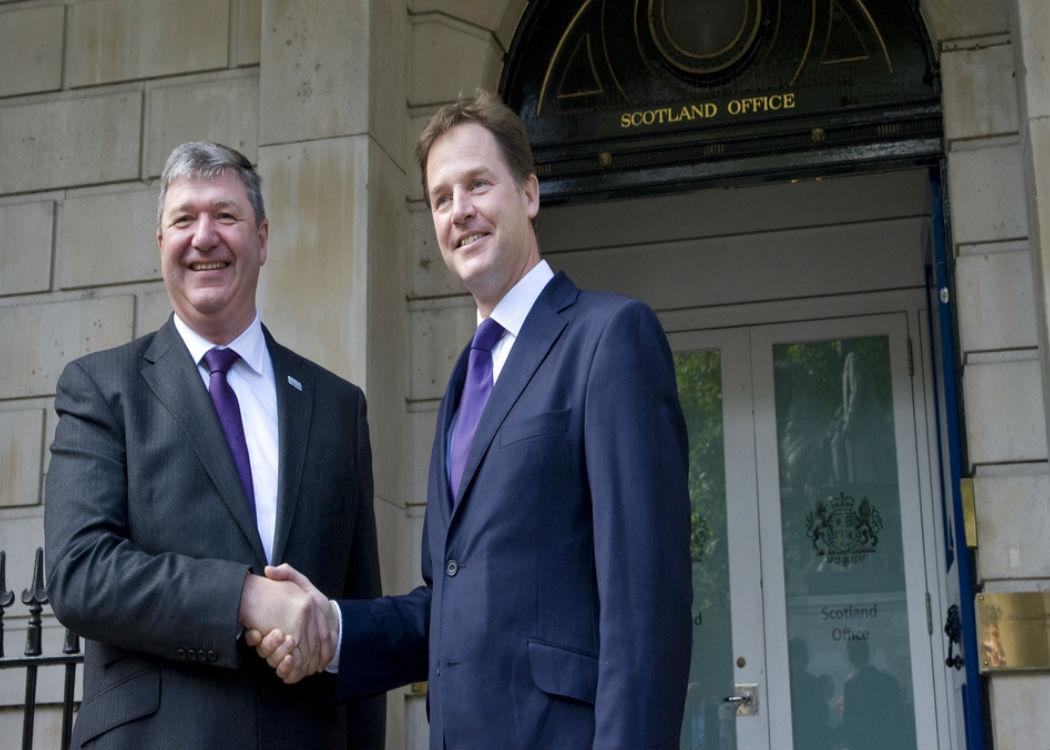 THE SCOTLAND Office has blocked the release of information about a now-infamous leaked memo of a meeting between Nicola Sturgeon and French ambassador Sylvie Bermann.

It claims that the release of the memo, the text of which was handed to the press by former Scottish secretary Alistair Carmichael, could damage the United Kingdom’s relationship with France and hamper the UK’s ability to protect and promote its interests.

It remains unclear who the memo was written for and who at the Scotland Office read it. Scotland’s former first minister Alex Salmond has suggested that current Scotland Office minister David Mundell must have also known about the memo.

The SNP’s shadow leader of the House of Commons Pete Wishart MP has said that the refusal to release the information “reginities the scandal and raised questions about the conduct of the whole department”.

“The refusal to release any information about this memo – the text of which has already been published – on the grounds that it could ‘harm’ relations between France and the UK government is a smokescreen, and hypocritical in the extreme,” he said.

Wishart continued: “Any damage to UK/French relations would have been caused by the disgraceful conduct of the former Scottish Secretary in leaking bogus claims about Nicola Sturgeon in the first place – and the way to do the right thing by all concerned now would be to publish the truth and the full facts.

“This looks like an attempt to keep secret who the memo was written for and who it sent to, as the document would contain that copy list. There can be no other reason for withholding the memo, because the text has already been published.

“Alistair Carmichael is in it up to his neck for covering up his conduct during the election campaign, and he is potentially facing the most serious of consequences. However, the Scotland Office’s continued cover up of other relevant information regarding this memo reignites the scandal and raises questions about the conduct of the whole department under this Tory government. The Scotland Office must now come clean and detail exactly who knew what, and when.”

The Scotland Office refusal came in response to a Freedom of Information request from CommonSpace which asked for the disclosure of Scotland Office files which relate to the memo and the meeting between Sturgeon and Bermann.

Following a Cabinet Office investigation, last month Scottish secretary Alistair Carmichael admitted that he was behind the leak which wrongly claimed SNP leader Nicola Sturgeon wanted David Cameron to remain in office ahead of the General Election.

Carmichael has since acknowledged that “the details of the account (in the memo) are not correct” but has so far resisted pressure to resign as an MP after he was found to have been untruthful about being responsible for document being handed to the media.

A response to the FOI was due on Wednesday 6th of May but the Scotland Office twice delayed this deadline.

Now the Scotland Office’s decision to withhold all information relating to the memo has raised further questions about the scandal.

A response to the FOI was due on Wednesday 6th of May but the Scotland Office twice delayed this deadline before sending a letter outlining a variety of reasons why the information would not be made public.

These included assertions that the release of the documents “could potentially damage the bilateral relationship between the UK and France”. According to the Scotland Office “this would reduce the UK government’s ability to protect and promote UK interests through its relations with France, which would not be in the public interest.”

The office also claimed that the release of the information would breach data protection and therefore “confers an absolute exemption on disclosure.”

Carmichael could yet face further sanction for his involvement due to a legal petition which has been launched at the court of session in Edinburgh which seeks to challenge his re-election as an MP for Orkney and Shetland in May.

He held onto his seat narrowly but campaigners say that his election contravenes the Representation of the People Act because voters were unaware that he was behind the leak because he had earlier denied it.

The legal challenge is funded by crowdfunding campaign organised by Orkney voters which has exceeded its target of PS60,000. Carmichael is opposing the petition.