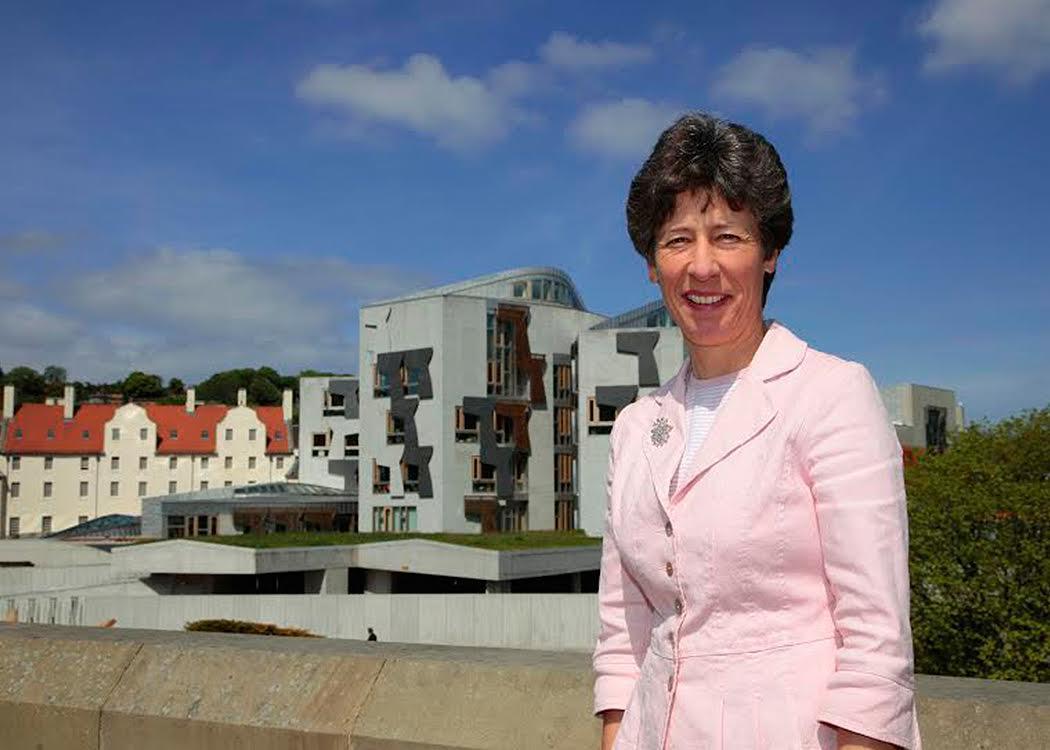 THE MAIN author of the Scottish Conservative party’s new education policy is working with a controversial think tank – one of whose leading figures the party once dismissed as “fascist” – in drawing up its education policy.

The author of the new policy, MSP for Mid Scotland and Fife Elizabeth Smith, told CommonSpace that she is in contact with the Hometown Foundation, a think tank which is working with schools to promote a new model of education; autonomous state funded schools.

The new model would see schools receive direct funding from the Scottish Government, by-passing local government. Control over employment, the curriculum and other organisational matters would then be under the control of headteachers under Hometown plans.

In 2015 it emerged that the registered company has helped prepare bussiness plans with parents at two religious schools, Al-Qalam in Glasgow and St Joseph’s in Milngavie, for presentation to the Scottish Government.

“I certainly won’t be challenging Hometown on who their trustees are.” Elizabeth Smith MSP

In December CommonSpace revealed that the Hometown Foundation was working with a number of non-religious schools in seeking autonomous status as well as the two religious schools.

CommonSpace also reported that a director of the Hometown Foundation and member of its board of trustees, Robert Durward, had been a serial wealthy sponsor of right wing causes who established a political party in 2003, the New Party, which was described as “fascist and undemocratic” by then Scottish Conservatives leader David McLetchie.

In 2001, Durward advocated that schools and other public services be handed over to the army and placed under martial law.

He wrote: “Perhaps it is now time for Tony Blair to try the ‘fourth way’: declare martial law and let the army sort out our schools, hospitals, and roads as well. Who knows, they might even manage to put the ‘great’ back into Britain.”

Speaking to CommonSpace, Smith said she did not agree with Durward’s stated views, but was interested in co-operating with his fellow Foundation trustee Bill Nicol regarding the idea of state funded autonomous schools.

She said: “I have had contact yes, and I will be meeting Mr Nicol quite soon.”

In 2001, the Hometown Foundation’s Robert Durward advocated that schools and other public services be handed over to the army and placed under martial law.

Pressed on wether she would meet the Foundation despite her party’s previous harsh criticisms of Durward and his political views, Smith was insistent she would continue to work with the Foundation.

She said: “We are meeting to discuss diversity in Scottish education. I certainly won’t be challenging them on who their trustees are.”

Smith said her party was “very interested” in the state funded autonomous school model, and had consulted on it with academics who favour it as well as with Hometown.

The Scottish Conservatives new policy directly cites the moves towards the autonomous state school model as something the party supports.

Professor David Miller, an academic who has studied Durward’s career as a patron of right wing causes – which has included a foundation called the Scientific Alliance established to combat environmentalism – told CommonSpace that the public should be wary of the group.

“Hometown are attempting to force a breach in the comprehensive education system in Scotland.” Professor David Millar

He said: “They present themselves as part of the heritage of co-operative movement and try to project a perception of themselves that they are progressive. They are nothing of the sort.

“They are attempting to force a breach in the comprehensive education system in Scotland. Its important the public know about this because it could result in further commercial involvement and privatisation in education in Scotland, which is unpopular.”

Smith confirmed it was her understanding that a number of further schools were seeking autonmous status and said she supported bids where parents were in favour.
UPDATE 17/2/2016: CommonSpace has since been contacted by legal representatives of Robert Durward who said that his comments regarding the army taking over schools were “tongue in cheek”. Below we have reproduced the full text of the letter, sent by Robert Durward to the Herald newspaper’s letters section in 2001, which contained the comments.

“The only positive aspect of the Foot and Mouth crisis has been the sheer efficiency of our Army in getting to grips, once again, with a truly desperate situation. Although the use of the army can be regarded, quite rightly, as a sign of failure, these failures are normally diplomatic. However this crisis has been a disturbing demonstration of just how hopelessly inadequate our current administration has become. A system which struggles to deal with mundane matters and falls apart at the very outset of a crisis. Inexperienced politicians failing to admit to the scale of the problem or accept that they are out of their depth. Knowledge and competence being swamped by red tape and bureaucracy. Thankfully the army had the ability to cut through this morass, and prioritise action. However the mind numbing bureaucracy, red tape and sheer incompetence continues at full speed astern in all other areas, our country is being strangled. We must ditch this politically correct, self-destructing agenda and get back to the basics of promoting a forward looking, exciting and fun society, in which we may all prosper. Perhaps it is now time for Tony to try the “fourth” way, declare martial law and let the army sort our schools, hospitals and roads as well. Who knows they might even manage put the Great back into Britain.”

CommonSpace journalism is completely free from the influence of advertisers and is only possible with your continued support. Please contribute a monthly amount towards our costs. Build the Scotland you want to live in – support our new media.
Picture courtesy of Scottish Conservatives
Common Space
Archive
Share Article: