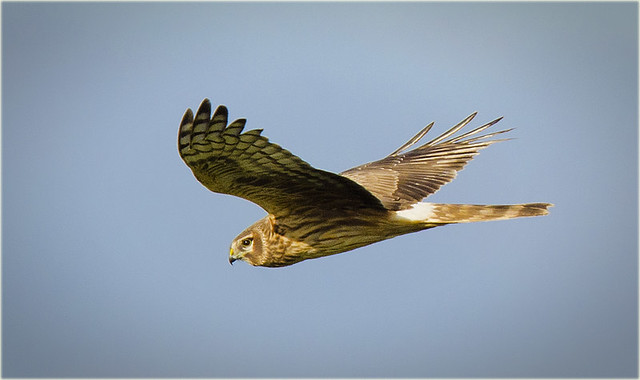 THE SCOTTISH GOVERNMENT has publicly condemned the targeting of Scotland’s birds of prey following the death of a hen harrier in an illegally set trap in South Lanarkshire.

The adult male bird was discovered by members of the Scottish Raptor Study Group during a survey of the South Lanarkshire’s Leadhills Estate on 11 May. The harrier had been caught in a trap set nearby where the bird had been nesting, resulting in its lower leg being almost entirely severed. Despite being taken to a specialist veterinarian, the harrier subsequently died of its injuries.

Police Scotland have since confirmed that the harrier’s death was reported and that enquiries are underway.

The death of the harrier provoked condemnation from wildlife groups, landowners’ and gamekeepers’ organisations, and advocates of grouse moor reform.

This week, the TV presenter and wildlife campaigner Chris Packham hit out against the “despicable crime” in a video released on social media, saying it “marks a most depressing day for raptor conservation in the UK and undoubtedly the darkest day for the whole shooting industry. It’s out of control, obviously beyond any form of self-regulation, and is tolerant of an utter contempt for the laws which are meant to protect our wildlife.”

In a subsequent video, Packham went on address First Minister Nicola Sturgeon and Cabinet Secretary for Environment, Climate Change and Land Reform Roseanna Cunningham, saying: “If you remain silent about the death of this hen harrier, you will be complicit in the continued criminal persecution of birds of prey in Scotland.”

“The continued targeting of birds of prey is an extremely serious issue and we strongly condemn all those involved in it.” Scottish Government spokesperson

Speaking to CommonSpace today [16 July], a Scottish Government spokesperson responded to the controversy for the first time, saying: “The continued targeting of birds of prey is an extremely serious issue and we strongly condemn all those involved in it. We would urge anyone with information to contact the police.

“We are determined to protect birds of prey and have established an independent group to look at how we can ensure grouse moor management is sustainable and complies with the law.

“The review is due to report later this summer and we will consider fully any recommendations or proposed actions put forward by the group.”

Reacting to the Scottish Government’s statement, Max Wiszniewski, campaign manager for the Revive coalition, told CommonSpace: “It is desperately sad to hear of yet another case of birds of prey being targeted on Scotland’s grouse moors and absolutely staggering that someone would be so callous as to set a trap within a nest. This simply confirms our view that raptors are being deliberately and systematically targeted to protect grouse on shooting estates.

“The Revive coalition fully supports calls for the First Minister to intervene. Grouse moors are at the center of a whole host of unsavoury activities which exist purely to increase the number of grouse available for game shooting.”

Dr Ruth Tingay of Raptor Persecution UK also commented: “It’s no longer enough for the Scottish Government to claim a determination to protect birds of prey. The truth is, they have failed and waiting for the findings of yet another review won’t change that. We need action and we need it now.”

Prior to their comment on the matter, the Scottish Government had already faced calls to intervene more proactively in illegal raptor persecution from Green MSP Andy Wightman and the Scottish Gamekeepers Association (SGA)

SGA chairman Alex Hogg said: “Setting a trap illegally to catch a bird of prey is simply not acceptable. The SGA wholeheartedly condemns the actions of whoever has perpetrated this crime and hope the Police can gather evidence to enable the courts to do their job.

“Scottish Government, working with Police Scotland, have powers under present legislation to deal with crimes such as this.”

“It’s no longer enough for the Scottish Government to claim a determination to protect birds of prey. The truth is, they have failed and waiting for the findings of yet another review won’t change that.” Dr Ruth Tingay, Raptor Persecution UK

Wightman added: “This is a terrible act of barbarism and I hope the perpetrators are caught. Sadly, though, these incidents are all too common and prosecutions are rare.

“For all the Scottish Government’s reviews and inquiries, rampant organised criminality remains in place across many of Scotland’s driven grouse moors.”

According to the Royal Society for the Protection of Birds (RSPB), there have been at least 70 confirmed raptor persecution crimes on or close to grouse moors in the South Lanarkshire region over the past 15 years.

Following the death of the hen harrier, the RSPB reiterated its call for the Scottish Government to licence driven grouse moors – a demand also made earlier this month, after the disappearance of two golden eagles on a shooting estate in Perthshire.

Wightman, who fitted a satellite tag to one of the eagles, commented that the bird’s disappearance had left him distraught, and that he had written to Nicola Sturgeon asking that intensive grouse shooting be criminalised.