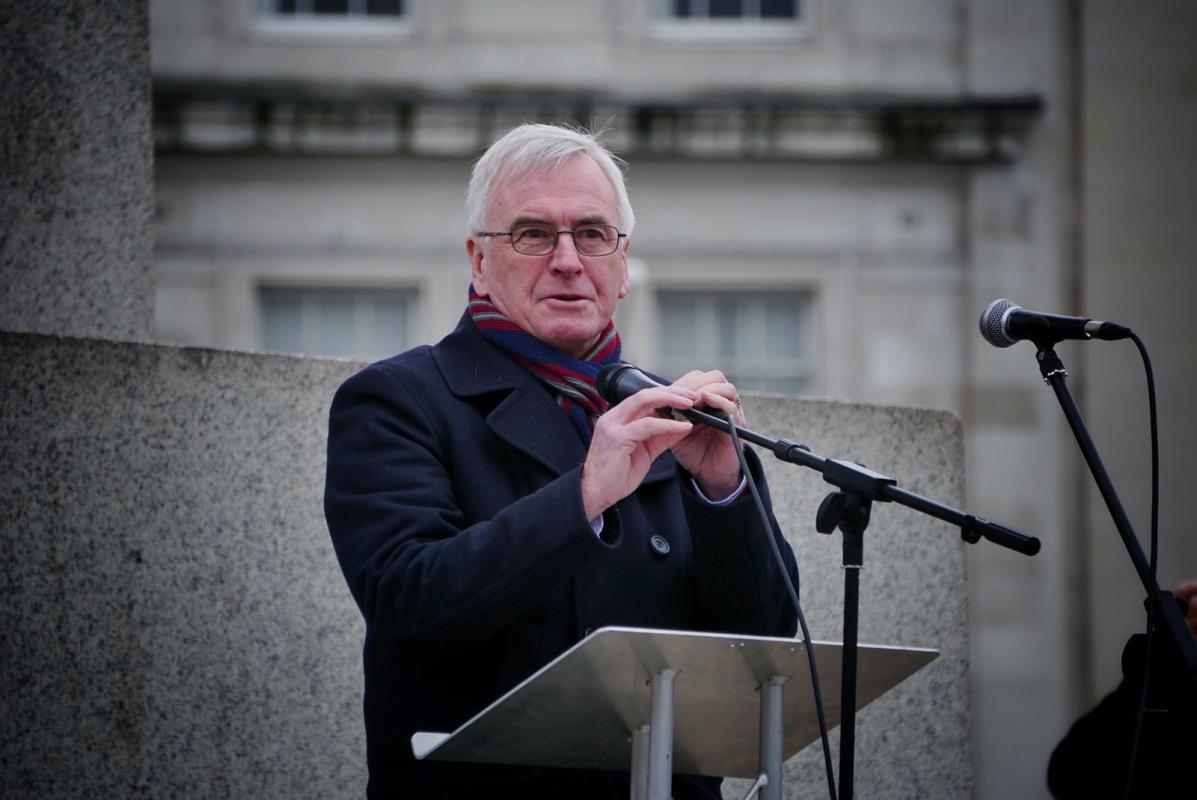 CommonSpace has seen an email signed off by Baillie (below), wherein she conceded that Leonard did not want the statement to be published.

It reads: “I have consulted Richard as I am required to do by standing orders, and it is fair to say that he does not want the statement to go out. Let me stress again that the Group Executive wanted to be very clear in our support for Richard’s position.

“I appreciate this is a difficult place in which we find ourselves but I believe based on consultation that there is a preference for a clear statement from the group rather than colleagues continuing to freelance on the issue.” 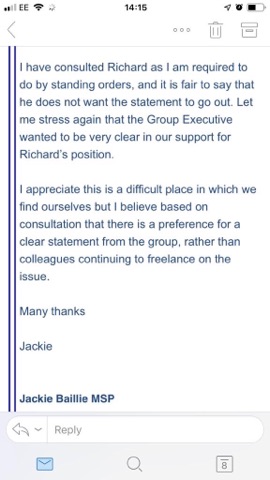 The statement has fed the row in the party that flared after Shadow Chancellor John McDonnell used a visit to the Edinburgh Fringe to say that a future Labour government at Westminster would not block a future independence referendum backed by the Scottish Parliament.

The statement, purportedly from a “majority” of Scottish Labour MSPs, does not reference this scenario, or express a view on it. Rather, it restates Scottish Labour’s opposition to a second Scottish independence referendum.

“This is not about offering support after the comments from John MacDonnell this week, rather it’s about trying to undermine Richard Leonard, Jeremy Corbyn and the socialist leadership of Labour North and South of the border.” – Senior Scottish Labour source

“Scottish party policy is very clear – that is opposition to a second independence referendum.

“We are clear Labour’s position on Scotland’s future is a decision for Scottish Labour, which the UK party must accept.

“We expect all Scottish Labour MPs and MSPs to vote in accordance with party policy.”

A senior Scottish Labour source told CommonSpace: “This is the action of wolves in sheep’s clothing. This is not about offering support after the comments from John McDonnell this week, rather it’s about trying to undermine Richard Leonard, Jeremy Corbyn and the socialist leadership of Labour North and South of the border.

“This of course is not new, as a small number of MSPs, led by the ringleader of today’s letter, have never accepted Richard Leonard or Jeremy Corbyn’s leadership’s since they got elected.

“If they really wanted to constructively engage and help they wouldn’t have released this letter, they would have accepted Richard’s advice not to attack the party publicly and get on with the job of presenting our radical policy programme and fighting to help us win what could be an imminent General Election and the support lost after 2014 and the disastrous Better Together partnership, where some in Labour campaigned alongside the most vicious Tory government in living memory.”

Another source said: “This has nothing to do with Scottish Labour party policy and everything to do with Jackie Baillie’s determination to undermine Richard Leonard at every possible opportunity. She knows that a serious debate on this question is long overdue and is using the parliamentary group as cover to try and keep her own rightwing, kamikaze unionist faction from vanishing with only the 2015 election defeat to remember them by.”

READ MORE: SNP calls on Richard Leonard to ‘get on the right side of democracy’ as Scottish Labour leader butts heads with John McDonnell over indyref2 comments

Some Scottish Labour figures have rallied to McDonnell’s position, including Neil Findlay MSP, who said that while he continues to oppose both another referendum and independence, he nonetheless supported the rights of the Scottish Parliament and national self-determination.

On his Facebook page, Findlay wrote: “I oppose a second independence referendum.

“I would not vote for independence in any future referendum as I believe independence will be very damaging to the people and communities I have represented since 2003.

“But I accept the right of the Government of Scotland in Holyrood to pursue the right to hold a referendum if there is a majority in the Scottish Parliament for it and they have made clear their intention in their manifesto at the previous election.”