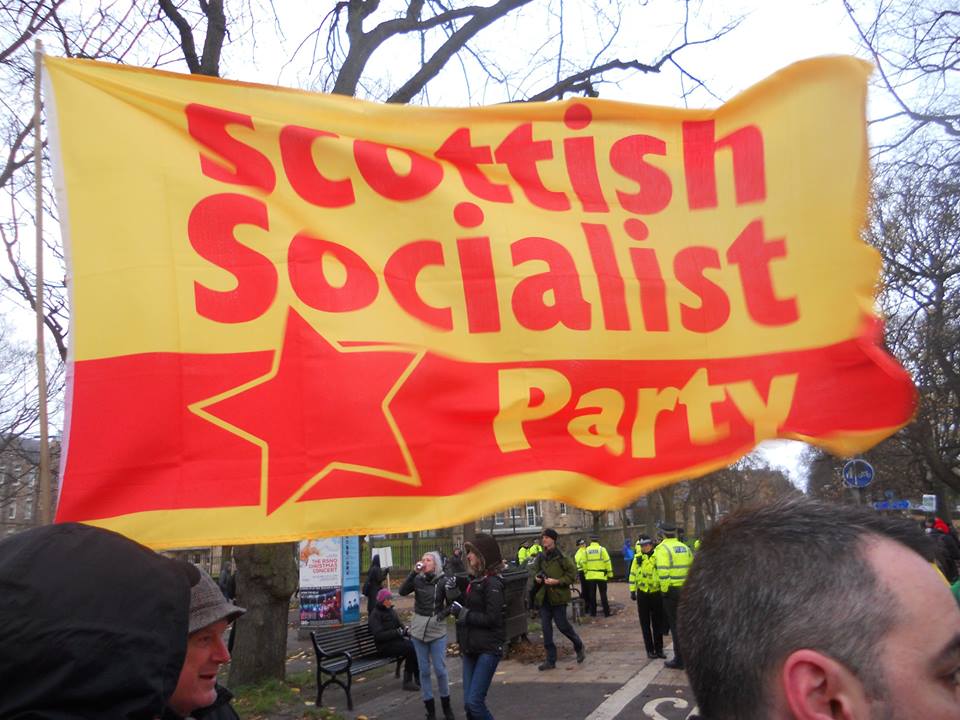 THE PRIVATE Scottish Socialist Party (SSP) meeting to discuss its relationship with the ‘Rise Alliance’ decided to “re-evaluate” its party strategy to “reach out to all sections of the left in Scotland”.

A motion, proposed by the party’s executive in a meeting closed to media reporting, proposed focusing organising efforts on increasing the profile of the SSP following a “poor election campaign”.

While the motion said those who worked on the Rise campaign “should be applauded”, it argued that “our priority must be to grow the influence and authority of the SSP itself.”

The conference rejected the forming an official party as ‘Rise’, and instead affirmed “to reach out to all sections of the left in Scotland”.

Richie Venton, elected as the SSP’s trade union organiser, proposed reaching out to the Trade Union and Socialist Coalition (TUSC) which stood in a number of constituency ballots in the 2016 Holyrood election.

Colin Fox, the party’s co-spokesperson, was said to be far more critical of Rise at the private meeting than in public discussions. Fox denies this.

“The SSP will be ‘reaching out’ to all these different components of the left in Scotland in the next few weeks and we will be urging our colleagues in Rise to do the same.” Colin Fox, party co-spokesperson

The decision to focus on the future of the SSP raises further questions over the future of the Rise project – which was launched as a socialist coalition just under a year ago with hopes of electing MSPs to parliament.

Forming Rise caused division within the SSP, with members resigning from the party’s executive over the decision.

Fox, explaining the party’s re-evaluation, told CommonSpace: “I moved the executive committee statement on our work in Rise and it was overwhelmingly agreed by conference.

“Whilst we remain part of Rise our priority is, as it always has been, building the Scottish Socialist Party. Rise was an electoral alliance geared specifically towards winning seats at Holyrood in May 2016, it was not a party.

“With those elections now over it is incumbent on all of us to find a sustainable new role for the group. The SSP sees Rise playing its part in helping to bring the wider left in Scotland into a closer working relationship.

“We aim to establish much stronger links with the SNP left such as it is, the Labour left, the left in the trade unions, in the Scottish Greens, TUSC and of course the non-aligned left in Scotland. That is the ‘United Left’ team we aim to help develop in the months ahead with Rise a key player within it.

“The SSP will be ‘reaching out’ to all these different components of the left in Scotland in the next few weeks and we will be urging our colleagues in Rise to do the same. There will be many opportunities to promote socialist arguments and solutions in the next few months not least in the new circumstances any ‘Brexit’ vote might bring.”

Jonathon Shafi, a key organiser in the Rise campaign, added: “Rise welcomes the SSP conference decision to continue the Rise project to build the widest possible unity on the Scottish left.

“Rise has committed to [a] programme of action, and will hold its second annual conference in October this year. We will have a focus on developing extra-parliamentary work to build the presence and the impact of our much needed left wing ideas. That work will be important in building capacity and roots for elections in the future.”

25 members were elected to the new SSP executive at its conference.