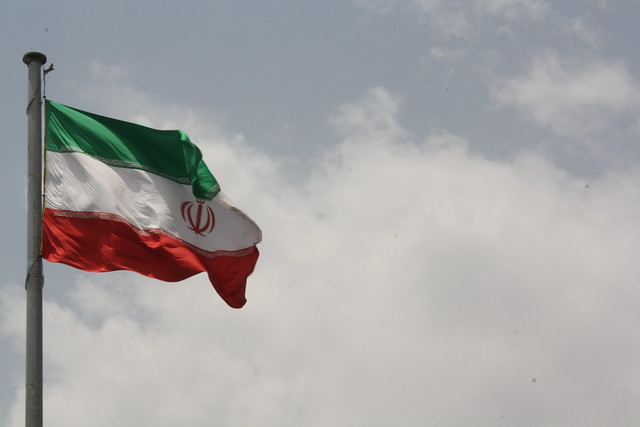 The SNP’s foreign affairs spokesperson said: “The immediate priority must now be for all parties involved to de-escalate things.”

THE SNP has called on the UK Government to “focus its efforts” on defusing tensions between Iran and the United States and ensure a diplomatic solution, following the further deployment of US troops to the Middle East and accusations of Iranian attacks on two oil tankers in the Gulf of Oman.

Speaking to CommonSpace, the SNP’s foreign affairs spokesperson Stephen Gethins MP said on Tuesday: “The situation in the Gulf of Oman is deeply concerning and the immediate priority must now be for all parties involved to de-escalate things.

“It is essential that events are not allowed to spiral out of control – and the UK Government must focus its efforts on defusing tensions and on ensuring there is a diplomatic solution.”

The SNP’s appeal for peaceful resolution comes in the wake of a 14 June statement by UK Foreign Secretary Jeremy Hunt, who said Iran and its Islamic Revolutionary Guard Corps were “almost certainly” to blame for the attacks, arguing that no other state or non-state actor could have been responsible. According to some sources, Hunt’s accusation led to the British ambassador being summoned to Tehran by the Iranian Government, which denies any involvement in the attacks.

“It is essential that events are not allowed to spiral out of control – and the UK government must focus its efforts on defusing tensions and on ensuring there is a diplomatic solution.” SNP foreign affairs spokesperson Stephen Gethins MP

On 18 June, acting US Defence Secretary Patrick Shanahan announced the deployment of an additional 1,000 troops in response to “hostile behaviour” by Iranian forces, while the US Navy has now shared images which it claims links Iran to the tanker attacks. This follows reports that the UK will send 100 elite Royal Marines to the Arabian Gulf to protect naval ships, although the Ministry of Defence has claimed this “is in no way related to the ongoing situation in the Gulf of Oman.”

The possibility of military conflict with Iran has already caused division within British politics, with UK Labour leader Jeremy Corbyn warning: “Britain should act to ease tensions in the Gulf, not fuel a military escalation that began with US withdrawal from the Iran nuclear agreement.

“Without credible evidence about the tanker attacks, the government’s rhetoric will only increase the threat of war.”

Corbyn’s call for caution was branded “pathetic and predictable” by Hunt, who accused the Labour leader of “virulent anti-Americanism”.

Since the election of President Donald Trump, the United States has ratcheted up tensions with Iran through its abandonment of the nuclear deal achieved under Barack Obama and the appointment of high-profile regime change advocate John Bolton as national security advisor.

The Trump administration’s apparent move towards military action against Iran has roused opposition from several candidates within the Democratic field for the 2020 presidential election.

Senator Bernie Sanders, calling for an objective investigation of the tanker attacks, warned last week that the incident “must not be used as a pretext for a war with Iran, a war which would be an unmitigated disaster for the United States, Iran, the region, and the world.”

Senator Elizabeth Warren argued that Trump “provoked this crisis” and said that the US doesn’t need another “forever war”, while Representative Tulsi Gabbard tweeted that war with Iran “is HIGHLY likely unless Trump swallows his pride and returns to the Iran nuclear agreement he tore up.”

Internationally, the UN Secretary General Antonio Guterres has said that the truth behind the attacks needs to be “clearly established”, while the Russian Government has warned against drawing “hasty conclusions”.

While the SNP had commented little on the rising tensions prior to Gethins’ statement, the party has previously engaged in trade talks with Iran. In 2015, several SNP politicians including the former first minister Alex Salmond visited Tehran, in the hopes that the Iranian oil industry could provide opportunities for Scottish business.

Salmond commented at the time: “The key areas where Scottish expertise can be invaluable to Iran include oil and gas, finance and education.”

Salmond praised Iran’s oil wealth, which had been generated, he said, “despite the long period of sanctions, in a self sufficient way, thanks to the ingenuity and resilience of the Iranian people.”