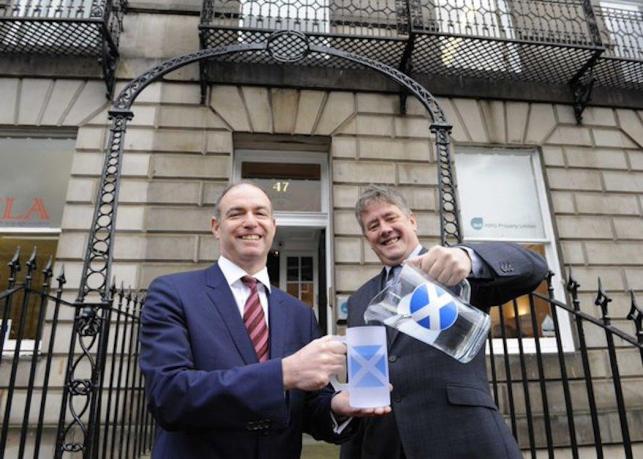 In an interview with CommonSpace, SNP deputy leadership candidate Keith Brown said he intended to produce an internal report of members concerns

SCOTTISH Government Minister Keith Brown MSP has said he intended to produce a report for SNP HQ after hearing a number of concerns expressed from the party’s grassroots if his bid to become deputy leader of the SNP is succesful in June.

Standing against party activist Julie Hepburn and councillor Christopher McEleny, Brown said that after travelling throughout Scotland to campaign he had heard a number of concerns expressed from the party’s membership.

“It’s quite clear that just now people in certain parts of Scotland like the North East feel quite distant from decision making, and in particular decisions of campaigning activity.

“If i’m elected, I want to make sure that I’m travelling around the country and staying connected to the wider party membership who might feel disconnected from where decisions are made, and feeding what they are saying back into SNP headquarters.

“If you are talking to the membership on a regular basis you can’t become detached from what they want, but that is something I think Nicola Sturgeon does well herself.

“One of the things I would say is that, if elected, I do intend to compile a report of the concerns that have been expressed throughout the course of this campaign,” he said.

Read More: ‘My name’s on the ballot for IndyRef2 in the next 18 months’: Chris McEleny on his SNP deputy bid

Reflecting on the campaign so far, Brown said that it had been incredibly positive and urged every member to ensure they had an opportunity to reflect on what each of the candidates was proposing and have their say.

An advocate of national assemblies, Brown hopes that these would give the membership a better opportunity to get together and debate party policy and strategy: “I had raised this during the campaign, but we’ve already seen that the party will be using this method to debate the growth commission, and that is to be welcomed.”

Keith Brown, who is currently cabinet secretary for the economy, jobs and fair employment in Sturgeon’s government, said that the SNP would have to ensure it remained connected to the priorities of the people of Scotland to avoid a repeat of Scottish Labour’s electoral fate.

“The SNP has to evolve by listening to what people have to say, and that means talking to voters and not just what other political parties are saying. You can do that in lots of ways, but most importantly we expect our elected politicians to be out there, speaking to constituents.

“If you do this, there is less chance of doing what Labour did and becoming distant from voters. People know the SNP has two things on its membership card, to achieve self-determination and to further the interests of the people of Scotland.

“I think that those are both very important here, and if we got into a position where we were disconnected from voters then we would be unable to fullfiill our core objectives.”

Brown left the military in 1983, entering politics by joining the campaign for a Scottish Parliament, running a marathon to raise money for that campaign: “After that, at university when I was interested in joining a party it was only really between Labour and the SNP, who most represented my views.

“I was already interested in self-determination for Scotland, so at that point I decided to become involved with the Student Nationalists group at university.”

Read More: Deputy leader candidate: SNP should run its own campaign for indyref2

After Alex Salmond’s resignation following the independence referendum in 2014, Brown launched his bid to replace Nicola Sturgeon as deputy leader of the party as she was elected to the top position, eventually losing out to SNP MP Stewart Hosie.

Brown, who entered the Scottish Parliament in 2007, is seen as a popular figure amongst senior party figures. Insiders told CommonSpace that he was said to be Nicola Sturgeon’s preferred candidate, though the First Minister has remained neutral throughout the contest.

Before election to Holyrood, Brown served for 11 years as a councillor, serving as Clackmannashire council leader from 1999 to 2003. He told CommonSpace that this experience of all levels of Scottish politics, as well as his time as a party activist, made him stand out as the candidate of experience.

Explaining his views on the next steps for the independence movement, he said: “It would be extraordinary to say the Yes movement had not made mistakes in the 2014 campaign, but we should also recognise the huge achievements we secured.

“I’m not one for looking back, instead we should focus on where we go next, and I think that is ensuring we have the strongest possible policy base ready for the next campaign.

“The report from the growth commission provides a brilliant opportunity to do that, and it gives up the chance to refresh the plan that the people of Scotland would vote on for the basis of an independent Scotland.”

Prime Minister Theresa May has said that it is “not the time” for a second Scottish independence referendum, but Brown insisted that this position would become untenable for the UK Government to continue to ignore the situation: “The SNP’s 2016 manifesto was quite clear on this about there being a mandate for a second referendum if there was material change in circumstances.

“That was written with the specific threat of Scotland being dragged out of the EU against it’s will, and I think it is commonly accepted that we face a completely different UK in 2018 than we faced in 2014.

“As well as that 2016 mandate, we’ve had validation through a vote for a second referendum in the Scottish Parliament. I don’t think the anti-independence parties could sustain a position of denying the people of Scotland to express their wishes.”

Brown was uncommittal on the Growth Commission, which has sparked widespread debate within the independence movement. He said the debate was to be welcomed, but refused to give a specific view on what the findings of the report, despite his portfolio, suggesting that it was for members to debate the contents and draw their own conclusions

“Having a deputy right at the heart of government, who is deputising for the leader, gives them that proximity to decisions to be able to communicate about the activities of government, and that includes being able to represent what the party membership say.”

The results of the deputy leadership contest will be announced at the party’s upcoming conference in Aberdeen on 8 June, where the membership will also debate a number of policy proposals and party reform mesaures.