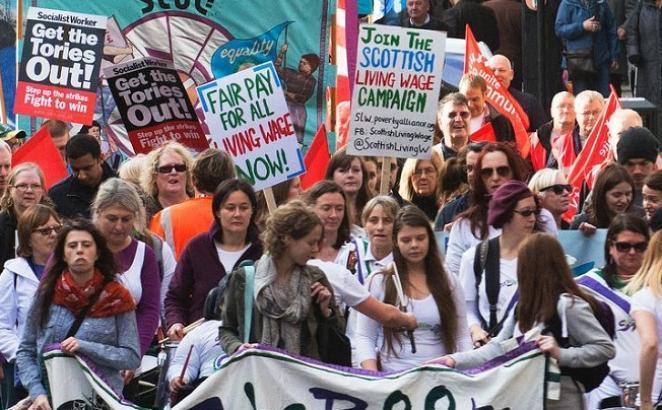 CARE companies in Argyll accused of shirking on staff pay and conditions should be reported to HMRC for investigation, according to the Scottish Trade Union Congress (STUC).

Assistant Secretary Ian Tasker told CommonSpace that “stringent action” was required to crack down on cases of worker exploitation.

This week CommonSpace revealed that councillors in Argyll and Bute had challenged the treatment of care sector staff (click here to read more) as part of an 18-month dispute.

Since care services were privatised in 2012 in an effort to cut costs, care staff now working for private companies have found themselves in some cases working for as little as PS3-PS4 per hour because the private firms don’t pay workers during the time it takes them to travel between clients in the rural areas.

Some staff say they have even had to work 70 or 80 hours per week just to make ends meet.

Argyll and Bute Council has faced criticism for a failure to act despite several complaints about the development.

HMRC has previously cracked down on the practice and is actively pursuing other firms which use it.

Tasker told CommonSpace: “We would encourage the individual councillors concerned to take the case to HMRC for a full investigation. The case needs to be met with stringent action. Some believe that it’s only the workers concerned that can raise the issue with HMRC, but that’s not the case. It can be reported by the councillors.”

He continued: “We have been aware of other cases relating to care workers. A victory in this area would be significant. If one local authority saw a care operator being taken to task for breaching the minimum wage guidelines then other groups would consider taking action. It would send a strong message.”

The tax enforcement body told CommonSpace that there are 90 ongoing investigations into the legality of care operators in the UK, with further action expected to be taken to prevent breaches of employment legislation.