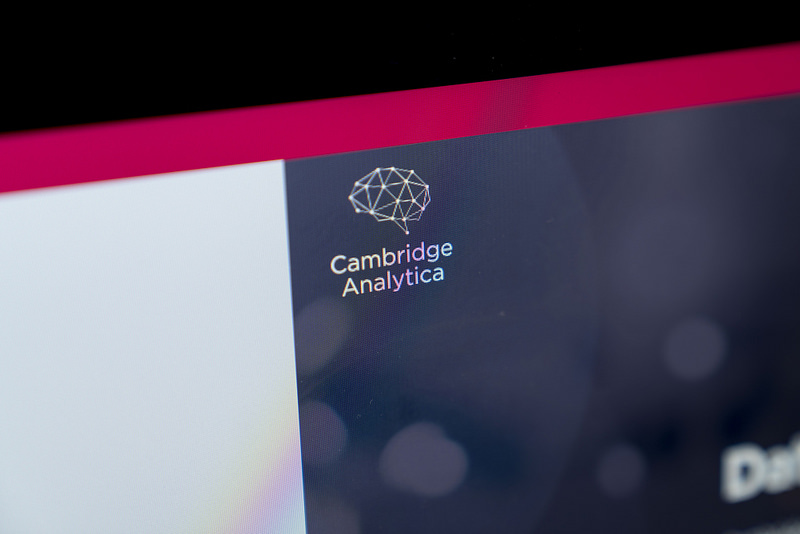 THE SNP’s former digital strategist Kirk J. Torrance, who helped to secure a decade of election victory for the party, met scandal hit Cambridge Analytica in 2016, CommonSpace can exclusively reveal.

Torrance, the son of the former Glasgow SNP councillor Jim Torrance, was previously the new media strategist at the SNP from 2009-2011, helping to deliver a historic Holyrood majority under Alex Salmond in May 2011.

He left the SNP after that election and started his own ‘strategic consultancy’, Industrial New Media. The SNP became a major client, with Torrance playing a role in the succesful 2015 General Election and 2016 Scottish election campaigns. He met Cambridge Analytica in February 2016 as an independent consultant working on behalf of the SNP.

The meeting did not lead to Cambridge Analytica working for the SNP or Industrial New Media, and Torrance has since described the scandal-hit firm as “snake oil salesmen”.

Cambridge Analytica became embroiled in scandal after it was revealed the company helped the Brexit campaign to target online campaign messages by allegedly using information obtained illegally from millions of Facebook users. Theresa May has been grilled over the Conservative Party and the UK Government’s connections to the firm and its parent company, SCL Group, which she said the government does not have any “current” contracts with.

In March Bella Caledonia revealed through FoI’s that the MoD had two contracts with the SCL Group and its widespread links with the top of the Conservative Party.

Read More: Analysis: The political own goal that SNP HQ could have avoided

At a Westminster Committee, in response to a question from the SNP MP Brendan O’Hara, the former Cambridge Analytica director Brittany Kaiser revealed the company had met with SNP figures on at least two occasions in London and in Edinburgh.

After questions from Ruth Davidson at First Minister’s Questions last week, the First Minister Nicola Sturgeon refused to reveal the name of the person acting on behalf of the SNP who met with CA.

Multiple CommonSpace sources have confirmed the identity of the external consultant who met CA on behalf of the party, but the SNP refused to confirm and repeated the first minister’s earlier comments.

RE Cambridge Analytica: my impression is they are disingenuous snake oil salesmen. If we are to believe their hyped up methodologies, they encouraged people to use their personal Facebook accounts to log onto Cambridge Analytica servers in order to create complex psychological…

In a Facebook case study about how the party used the social media network to “trigger a landslide” in the 2015 general election, which saw the party take 56 of Scotland’s 59 seats, Torrance’s firm is described as a “partner consultant” to the SNP.

Writing for The National in March 2018, Torrance explained the thinking behind his strategy for the SNP’s online campaigning activity, arguing that the development of genuine grassroots engagement by the party in social media meant they had no necessity to over-spend on advertising “pretending to be social”.

He said: “What people forget is the news media’s apparent hostility towards the SNP is one of the reasons social media became a core communications channel for the party early on (in 2010), before other UK political parties began taking part.”

“The SNP have been using social media correctly for more than eight years now.

“Other UK political parties were late to the game and simply can’t compete, so they instead spend outrageous amounts of money pretending to be social – using adverts to make up for their lack of an authentic presence.”

On Sunday [22 March], the Sunday Herald revealed that SNP chief executive Peter Murrell, who is married to Nicola Sturgeon, had been summoned to Westminster to face questions from SNP MPs after complaints about how quickly the party’s Edinburgh HQ responded to revelations from Brittany Kaiser.

Cambridge Analytica could not be reached for comment at the time of publication.

Update: Since the time of publication, Kirk J. Torrance confirmed that he met with Cambridge Analytica on 18 February 2016, in a statement he said:  “I’d like to commend the SNP for their professionalism and decency in respecting my confidence as a consultant contractor.

“However I can confirm that I met Cambridge Analytica on 18 February 2016 on behalf of the SNP.

“My recommendation was to not touch the firm with a barge pole, as they were a bunch of cowboys. From what is known now about Cambridge Analytica, I am glad the SNP took my advice.”