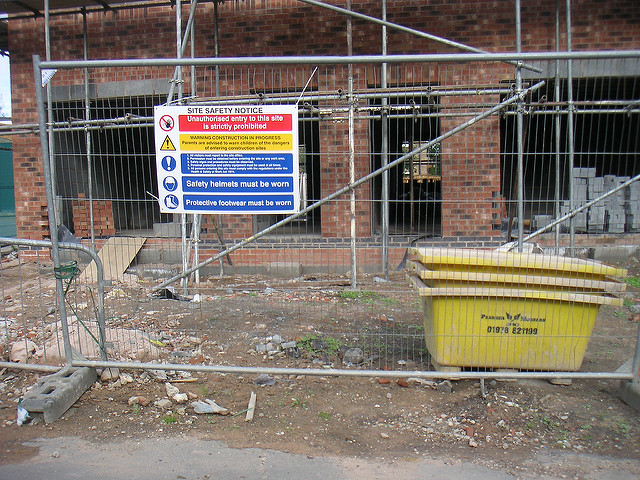 TAXPAYER MONEY from underspent budgets controlled by the Scottish Government will be transferred to the controversial Help-to-Buy (HTB) scheme, benefiting private housebuilders at the expense of the public purse, CommonSpace can reveal.

An internal document from the housing industry lobby group Homes for Scotland obtained by CommonSpace apparently confirms that the Scottish Government has secured ministerial approval to transfer projected underspends from other Financial Transaction (FT) budgets to the HTB scheme, allowing it to remain open to meet demand until later this year.

HTB allows the Scottish Government to subsidise the cost of home-buyers’ mortgages; under the scheme, prospective buyers can receive up to 15 per cent of the purchase price of a new home.

While this means that the government provides equity for new homes, critics have accused the scheme of doing little to benefit those on low incomes, pushing up house prices overall and acting as a subsidy to housebuilders.

According to the document – an internal email shared with CommonSpace by a relevant source, accompanied by the minutes of a May meeting of Homes For Scotland’s HTB reference group – projections show that demand across both the main HTB scheme and smaller developers is likely to reach £60m, and that such demand can be met now that ministerial approval is in place.

“It’s very unlikely that there will be an official announcement about this so we would not encourage you to do anything public on it either because it could attract negative attention from critics”, the document advises. “As far as customers are aware it will just be business as usual with the scheme remaining open.”

The minutes detail that Homes to Buy were “confident” that money from “a number of other budgets where Financial Transactions had been allocated but [were] proving difficult to spend this financial year” could be “transferred over to meet demand.” It was then agreed that such a demand for the commitment of these funds would be formalised at the Scottish Government Monitoring Group meeting in June.

Asked if the Scottish Government could confirm that ministerial approval for the underspends had been secured, a Scottish Government spokesperson told CommonSpace: “We are committed to Help to Buy Scotland to 2021. HtoB is a demand-led scheme and we closely monitor demand to ensure we are responsive to buyers’ needs.”

While not confirming the specific transfer described in the document, the Scottish Government spokesperson pointed out that this was well within a minister’s purview, stating: “Help to Buy Scotland is funded by financial transaction capital and is one of a portfolio of schemes across the Scottish Government using this type of loan funding. As part of good financial management, Ministers may decide to move financial transaction capital in year to make the best use of available funding.”

Financial Transactions is the Scottish Government’s Barnett Consequentials from UK Government equity and loan financing schemes. It can only be used “to support loan or equity investment in bodies outside the public sector”, which could include housing associations, co-operative housing and the private housebuilder market.

Following the UK budget in November 2017, the Scottish Government complained that over half of the additional money for Scotland announced by the UK Government was in the form of FTs which could not be spent on frontline services and which have to be repaid to the UK Treasury.

Nevertheless, the Scottish Government is under no obligation to put taxpayer money towards the HTB scheme, which it has been urged to scrap by critics, as analysis has demonstrated it disproportionately benefits larger private house-builders.

“In no other industry would it be acceptable for Ministers to provide financially profitable companies with public funds.” Green MSP Andy Wightman

Data obtained by the Scottish investigative journalism platform The Ferret through freedom of information legislation showed that £189m in subsidised mortages have gone to three major house-builders – Persimmon, Taylor Wimpey and Barrat – via the HTB scheme, as of December 2017.

The HTB scheme has also been criticised by the Common Weal think tank following this year’s publication of the annual accounts for Persimmon, HTB’s biggest beneficiary. Persimmon’s profits have risen enormously since the launch of HTB across the UK in 2013, and have resulted in a staggering rise in annual renumeration for the company’s executive team. This included a 2,100 per cent increase for Persimmon CEO Jeff Fairburn, taking his annual pay from £2.1m to £47m.

Andy Wightman MSP, housing spokesperson for the Scottish Greens, told CommonSpace: “We know from reports from the investment bank, Morgan Stanley, that the only winners in Help to Buy are not homeowners or those trying to get on the housing ladder, but the speculative volume housebuilders who have tripled their earnings since this scheme was launched. Even the Adam Smith Institute has described the scheme as akin to ‘throwing petrol on to a bonfire’.

“In no other industry would it be acceptable for Ministers to provide financially profitable companies with public funds. Yet the cosy relationship between Homes for Scotland and the Scottish Government shows that the only things you seem to need to address a housing crisis are audacity and even more subsidies. No wonder vested interests want to keep the extension out of the news.”

Dr Craig Dalzell, head of policy and research at the Common Weal think tank, also commented: “Securing an adequate supply of quality, affordable housing for all is, rightly, one of the major tasks affecting Scottish domestic policy at the moment but continuing to feed the private developers with millions in public money to encourage them to do their job is ultimately counter-productive. It will never be in the interests of a private market to create adequate supply if enforced scarcity and public subsidy would generate more profit.

“The age of the house-as-a-commodity and the rent-extracting private landlord should be turned away from. Instead, the Scottish Government should be assisting local councils in the task of building more public owned, socially rented housing.

“Work by Common Weal – soon to be published – will show that extremely high quality social housing can be built and maintained at a fraction of the cost of equivalent private developments through institutions such as the Scottish National Investment Bank and a proposed Scottish National Infrastructure Company. Scotland could lead the way in this model of housing if it chooses to.”