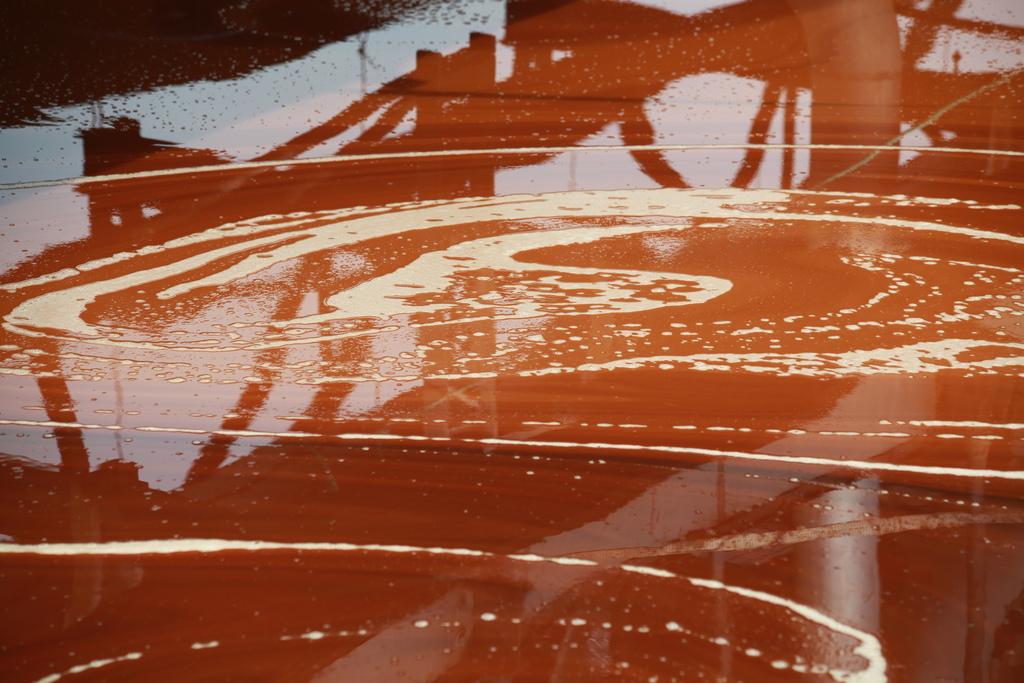 Edinburgh University fracking project involves company linked to “water apartheid” in Palestine, while UCL project involves Halliburton, an oil drilling company complicit in a monumental environmental catastrophe and with a vested interest in the fracking industry

CAMPAIGNERS have criticised Edinburgh University and the University College of London (UCL) for leading EU-funded fracking projects involving companies known for causing environmental and human harm in other parts of the world.

An EU research programme, Horizon 2020, is putting EUR12m of funding into research projects on fracking, and one of the projects led by UCL involves Halliburton, a global oil drilling company which has been criticised for its role in post-US-invasion Iraq as well as the Deepwater Horizon environmental catastrophe off the Louisiana coast of America.

Halliburton also has a direct interest in fracking, as it was recently revealed in The National that it is an investor in the underground coal gasification (UCG) project on the Firth of Forth in Fife.

These government institutions have been widely criticised by NGO’s and campaign groups for the exploitation of water in occupied Palestinian territories in the West Bank, where Israeli settlers receive six times the water supply of Palestinians.

The UN office of humanitarian affairs recently described the situation in the occupied Palestinian territories as “a war on springs”.

The UN office of humanitarian affairs recently described the situation in the occupied Palestinian territories as “a war on springs”. Israeli settlers have expropriated significant Palestinian water sources through the occupation of land with the support of the Israeli military.

Dr Christopher McDermott, heading up the fracking project at Edinburgh University which involves 12 other organisations as well as EWRE, said: “Israeli partners have a great deal of scientific expertise which can benefit EU operations.”

Dr Eurig Scandrett co-authored a Friends of the Earth International report, ‘Environmental Nakba’, which was based on his own eye witness account of Israeli water expropriation in Palestine.

He told CommonSpace: “Israel uses environmental management as a tool for ethnic cleansing. The Zionist project of ‘Judaising’ the Palestinian environment has been an integral part of colonising the land, dispossessing the population and stealing the water.

“Fracking is unnecessary and dangerous to the workers who work on the wells and to the planet through emissions of greenhouse gases, as well as to the local community. To employ an Israeli company to try to make a damaging technology safer adds insult to injury.”

Mick Napier, chair of the Scottish Palestine Solidarity Campaign, followed in the footsteps of a Palestinian NGO in describing Israel’s approach to water in Palestine as “water apartheid”.

“Any Israeli water company that has the Ministry of Interior as a client must be complicit in Israeli water apartheid,” Napier said.

“This apartheid operates inside 48-67 Israel as much as in the occupied territories today, whereby many Palestinian villages are even denied a linking of the water system purely based on their ethnicity. We call on Edinburgh University to support the international academic boycott of companies complicit in the illegal occupation and exploitation of Palestine.”

The decision to award the funding for the fracking research projects was made at a recent Horizon 2020 conference, which was interrupted by protestors from Friends of the Earth who unfurled a banner reading “Ban fracking”.

Alberto Striolo, professor of molecular thermodynamics, is leading the project at UCL, and told ScienceBusiness: “We’re working with Halliburton on our project but it won’t receive any EU funds.”

A report into the Deep Water Horizon explosion, the largest accidental oil spill in the world and the greatest environmental disaster in US history, found that Halliburton was complicit in the disaster because it was employed by BP to oversee the process of installing a cement casing to protect the pipes, but had failed to adequately do so. Halliburton eventually agreed to pay a $1.1bn settlement for damages.

Halliburton is also widely considered to have received special treatment from the US Government for oil contacts in Iraq after the US-UK invasion in 2003. The company is said to have made $39.5bn from its involvement in Iraq’s oil fields.

The UCL told CommonSpace that its project with Halliburton was not yet underway and therefore it could not comment on the specifics, but refused to be drawn on whether Halliburton was an appropriate partner for a project of this kind.

“Halliburton has a vested interest in getting the unconventional gas industry up and running here in the UK.”

Dr Richard Dixon, Friends of the Earth Scotland Director, said of the UCL project: “Halliburton has a vested interest in getting the unconventional gas industry up and running here in the UK. It has a chequered history of environmental safety including its involvement in the Deepwater Horizon catastrophe and getting fracking fluids excluded from safe water drinking legislation in the USA.”

Dixon told CommonSpace that “industry-linked studies” like the ones at Edinburgh University and UCL “will not inspire any confidence in the communities facing this dangerous technology”.

“The public must have full faith in the independence of any research into the environmental and health impacts of unconventional gas exploration,” Dixon added.

Critics of fracking say that hydraulic fracturing deep underground can create dangerous earthquakes as well as being ecologically harmful.

Ineos, chemical corporate giant which owns the plant and refinery in Grangemouth, said the site was “unlikely” to have a future if the fracking moratorium remains.

Want to know more about fracking? Click here to read our quick explainer.