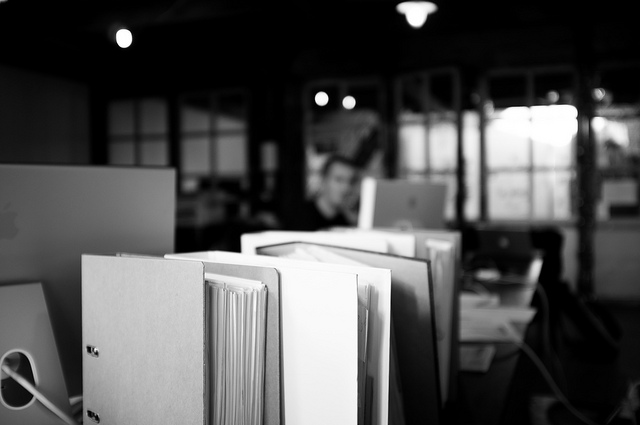 ACCOUNTANCY experts have told CommonSpace that the Scottish Government should act on the findings of a new UK Parliamentary Committee report which called for the break up of the big four accountancy firms in light of its failures in the collapse of project management firm Carillion in January.

The report by the Work, Pension and Business Committee was damning about the “rotten corporate culture” among Carillion executives, but also reserved fire for regulators and the auditors, who “waved through” Carillion’s accounts despite the company, which employed 43,000 people and undertook major public sector infrastructure contracts, collapsing with mounting debts.

KPMG, PwC, Deloitte and Ernst & Young make up what is known as ‘the big four’ which dominate the accountancy industry, and are paid fees by corporations and government to audit their balance sheets, as well as providing other financial assessment services.

The big four are as prominent in Scotland as the UK as a whole and Richard Murphy, professor of Practise in International Political Economy at City University of London, told CommonSpace that the Scottish Government should look to act on the committee’s recommendations if the UK Government “do nothing”, as it was in the interest of the whole of the Scottish economy to have “reliable data”.

Murphy said: “Scotland has a mixed economy. These can only work for all stakeholders – from investors to employees via customers, suppliers, government, tax authorities and local communities – if businesses can be trusted. This requires that businesses supply all participants with reliable data.

“What we now know is that the accountancy profession cannot be relied upon to do this. The large firms, their regulators and professional institutes have all proved to be supine. That’s not them showing support for effective markets; it’s helping destroy them instead.

“If the UK government will do nothing about this Scotland must, not least because it’s tax revenues dependent upon doing so.”

Four live Scottish public sector infrastructure projects had to be postponed due to the collapse of the company, and Christine Cooper, chair of Accounting at the Edinburgh Business School, told CommonSpace that if the Scottish Government began to build public infrastructure in-house, rather than through paying companies like Carillion to do so, it could also provide its own accountancy services.

“The public sector would not have all of these financialised instruments that companies like Carillion have, and there is standard public sector accountancy approaches which can be used. The ideology that the private sector is more efficient and so on is clearly wrong,” she said.

The UK parliamentary committee report found that all four accountancy firms, described collectively in the report as “a cosy club incapable of providing the degree of independent challenge needed”, were implicated in the Carillion collapse in different ways: Ernst & Young received £10.8m for “six months of failed turnaround advice”; Deloitte got £10m to be the internal auditor but was “unable or unwilling” to identify financial risk in the accounts; PwC took £21m in fees for advice when the company was in trouble as well as advising government, but now continues to be financially rewarded as its insolvency receiver “without adequate scrutiny” and “benefited regardless of the fate of the company”; and KPMG as the external auditor had a “long and complacent” tenure over 19 years of “cursory” audits which made it “complicit” in the company’s failings.

Cooper, who is chairing a commission for Scottish Labour leader on tax and investment in Scotland, said that the example of PwC was illustrative of the way in which conflicts of interest within the big four was rife, and that rather than prioritising the company’s workers’ wages and pension, as well as unsecured creditors that have not been paid for services, like small businesses, accountancy firms tend to operate on behalf of the banks first when businesses collapse.

“It has been reported that PwC collected £21m in fees for advising Carillion,” Cooper said. “It is now the insolvency practitioner for Carillion.  Aside from the fact that it will make many more millions from insolvency fees; how can it possibly set about trying to rescue parts of the business when it didn’t manage to help the company do this before it went into administration?

“Moreover, PwC, as auditor of BHS is itself under investigation and yet it has to comment on the quality of the audit of KPMG (the auditor of Carillion).  One of the key issues here is that insolvency practice was privatised in 1986 with the passing of the Insolvency Act.  This put secured creditors (mainly banks) as the group to take the priority share of the spoils when a company is being wound up.

“Then comes Insolvency Practitioner fees – this is frequently the balance of anything left over.  Unsecured creditors (HMRC, small businesses and so on) are mainly left with nothing.  In practice, rather than trying to help a business recover, insolvency practitioners often sell off assets to please the secured creditors and ensure they get their money back.”

Murphy, who co-authored a highly critical report about the lack of transparency in the big four last year, wrote on his blog on Wednesday [16 May] that “it should be all over for the big four” in light of the report.

“What’s to conclude? First, mates can’t regulate mates. Second, no one can audit for 19 years in a row and be objective. Third, the audit market has failed. Fourth, without decent auditors and non-execs (the Committees say Carillion had just one who served with credit) capitalism as we know it is just a gravy train for those acting in their own self-interest. Fifth, it’s not clear where those people of the required ethical standing are to come from, but we have to try. What is clear is that the failings are systemic,” Murphy stated.

Cooper added that the systemic problems would not be solved simply by breaking up the big four to increase competition in the sector, as Reeves proposed, as the fundamental problems would not be tackled – the methods the industry uses to assess balance sheet assets and liabilities in financialised firms.

“The Black-Scholes model is still the standard approach to value financial instruments – including all of the “assets” (derivatives) which were at the heart of the financial crisis in 2008. It prices these derivatives on balance sheets. This raises huge questions about the quality of the accounting standards which are used as rules to guide accounting practice,” she said.

Cooper pointed to Carillion’s 2016 accounts which referenced the Black-Scholes model which was used to come to a “fair value” for the derivative and debt components on the company’s accounts. Reeves rubbished these accounts, stating that they were “worthless as a guide to the true financial health of the company.”

The report was also highly critical of the regulatory body for the accountancy firms, the Financial Reporting Council, which it said it had “little faith” in its ability to carry out swift and effective investigations and described it as “far too passive in relation to Carillion’s financial reporting”.

In November last year, Scottish Greens MSP Patrick Harvie called on the Scottish Government to end relationships with accountancy firms found to be involved in supporting tax avoidance, after Paradise Papers revelations that Deloitte were involved in designing ownership structures for US private equity giant Blackstone for the purpose of avoiding a buildings transactions tax paid to Revenue Scotland.

A Scottish Government spokesperson did not respond to CommonSpace’s questions about its view of the UK Parliamentary Committee report or its position on the big four accountancy firms directly, but stated: “While corporate regulation is reserved to Westminster, the Scottish Government would always expect any contractor or employer to follow fair work practices and legislation.

“The Scottish Business Pledge recognises innovative and successful businesses with good internal management and fair working practices.  Almost 500 companies across Scotland have made a voluntary commitment to the Pledge since its launch in 2015.”

A motion proposing a Scottish National Infrastructure Company to replace public-private partnerships so that all infrastructure in Scotland is built in-house is set to be debated at SNP Conference in June.